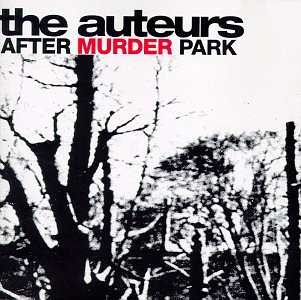 The Auteurs classic albums ‘Now I’m A Cowboy’, ‘After Murder Park & How I Learned To Love The Bootboys’ are set to be re-released as expanded and re-mastered editions 2nd June 2014.

“3 Loop Music have announced details of the re-release of The Auteurs Now I’m A Cowboy, After Murder Park & How I Learned To Love The Bootboys.

Released on Monday June 2nd 2014, all 3 feature re-mastered versions of the original albums alongside bonus and previously un-released material and sleeve-notes written by Luke Haines.

Originally released in May 1994, Now I’m A Cowboy was The Auteurs second album. Produced by Phil Vinall and Luke Haines, the album featured the singles Lenny Valentino and Chinese Bakery. Luke Haines tells the story:

‘After we had finished recording ‘New Wave,’ I was determined not to get caught out by ‘difficult second album syndrome’, so I kept writing. ‘New French Girlfriend,’ ‘Lenny Valentino’ ‘Government Bookstore,’ and ‘Modern History’ were all written at the end of 1993. I planned to get a jump on all my ‘professional enemies’ by putting out a second album tout de suite. ‘Lenny Valentino’ was recorded, mixed, then rerecorded and remixed throughout August ’93. When the record label heard it they flipped. Cautiously. The Auteurs were riding high, we had a ‘Lenny Valentino’ in the bag and a Mercury gong on the table. Through all the champagne, self congratulation and jealousy (a heady brew – if you ever get the chance do taste it) I had my doubts. Why was I getting concerned about ‘hit singles’? – all the groups I loved (then): The Go Betweens, The Only Ones, Wire etc. – wouldn’t have known a ‘hit’ if Simon Bates had run up behind them and given them a chart bound wedgie on a gloomy Radio One Roadshow in Scarborough.

‘Lenny Valentino’ missed out on the top 40 by one place, ditto the Mercury Music Prize. At the time I felt wrong-footed. With hindsight I think I’d been wrong-footed months before by being ‘pro’ – this was the Gods lending a hand to set me in the right direction. Whilst all this had been going on, the group – and by now it was a group, with Cellist James Banbury and new drummer Barney C. Rockford both full time members – had been recording what was to become the ‘Now I’m A Cowboy’ album in The Who’s old Rampart studio, with ‘New Wave’ producer Phil Vinall.

The recording was slow and frustrating, Phil would stare at a speaker listening obsessively to a snare or hi hat, almost willing it to be out of time, fretting about other groups he felt were inferior to The Auteurs and who were in that week’s NME. Phil was also up against the wall. I had fought for him to produce the album, much to the chagrin of the record label, who wanted to bring in a ‘name.’

Vinall was spooked. I wasn’t much better, I was tired from having toured for pretty much a year and the constant dope smoking wasn’t helping much either. Yet against all of that, we recorded a great album. Then we fucked up the mix.

After a ‘turbulent’ December tour supporting The The, I phoned up Phil Vinall, told him the mixes were awful and that we were going to start again and remix the whole album. Phil and I spent January 1994 in the studio. Just him and me, driving each other up the wall. Everyone else connected with the group was banned from the studio. We worked 19-20 hours a day, and emerged at the end of that month looking very pale indeed.

Upon hearing the new album the record company flipped. Cautiously. Early word from the press was super positive, but I was worried. I’d heard bits of the new Blur album – ‘Knobbly Knees And A Mug Of Tea’. There was a truck load of ‘English’ stupid on the horizon. Against conformity, I rashly called the album ‘Now I’m A Cowboy.’ which was exactly how I felt, and the opposite of everything that was about to come.

Recorded in under 2-weeks at Abbey Road Studios in London, and produced by Steve Albini, After Murder Park was released on March 1st 1996. Luke Haines on recording the album with Albini:

‘I had been trying to lance the boil of professionalism throughout 1994. I didn’t want to be part of what was ‘going on’. I didn’t want to be “just another fucking English rock band” (an American promoter’s withering put-down). At some point between tours we had recorded a new song, ‘Light Aircraft On Fire’. It was taut and strung out – nihilistic art rock. It was a new direction and it needed a new sound; Steve Albini. The record company agreed. Cautiously. And so Albini was hired to record the next album. I’d wanted to work with Steve back in The Servants days, but he wasn’t available, so the record company tossed us a bone – Kramer – whom we petulantly turned our noses up at – ending up in a demo studio in Bromley with a jazz funk sound engineer…

The two week recording sessions for ‘After Murder Park’ were a breeze. We all got on with Albini like fire on a hippy. No more than two or three takes per song. No red light fever here pal. This was undoubtedly the high point of The Auteurs recording career. My only regret is I didn’t know just how good this stuff was at the time. Sure, I knew we were on to something. But really, ‘After Murder Park’ …fucking Woah!

On listening again to ‘After Murder Park’, it is obvious that it is a record I could not/would not wish to make now. It is an album full of paranoia and impotent rage, each song a delirious hallucination. I’m glad I got to make this record in what now seems like a very small window of time. It is also the only Auteurs album that is really a proper ‘group’ album. Everyone plays an integral role. Despite my personal differences with James Banbury, I have to salute his Hammond/Electric cello playing on this lp – both inspired and mind-blowing. Over time it seems that ‘After Murder Park’ has become a few folk’s favourite Auteurs album. Who am I to argue? Professional/Unprofessional Rock? Just turn it the fuck up.

The Auteurs final album, How I Learned To Love The Bootboys was released in July 1999, a 3-year gap since their previous release, After Murder Park, a period during which Luke Haines released albums as part of Black Box Recorder and under the guise of Baader Meinhof.

By the end of 1996, I’d driven the good ship Auteurs onto the rocks. ‘After Murder Park’, though favourably received, had not sold as well as the first two albums. ‘Baader Meinhof’ – released at the end of the year – was met with duncery and confusion. I’d already been bleating about splitting up the band.

To my amazement Hut/Virgin had picked up the option for a new album, but this time they wanted hits. Of course I had no intention (or past form) of delivering ‘ver hits’. Instead I dragged the group into the studio to start work on a ‘loose’ concept album that was going to be titled ‘ESP Kids’. We then stopped. Something else was happening; I’d played the first Black Box Recorder recording ‘Girl Singing In The Wreckage’ to Virgin/Hut. The label got the scent of something new and exciting and offered to pay for more BBR studio time. We accepted. May to December 1997 was spent making the first Black Box Recorder album ‘England Made Me’. By Christmas BBR has signed a separate recording deal with Chrysalis records, who were looking to build up their roster which comprised mainly of Robbie Williams. Mind boggling stuff m’ hearties.

Even though Virgin/Hut had missed out on signing BBR, they had become re-enthused about the next Auteurs album and in January 1998, whilst awaiting the release of the BBR album, The Auteurs went into RAK studios and began the sessions that would become the ‘How I Learned To Love The Bootboys’ album. In February I played what I thought was the finished ‘Bootboys’ album to the record company. No dice. “When you’ve written a proper single, go back in the studio and record it, then we’ll release the album”. At this point I didn’t really care about The Auteurs. My mind was full of the possibilities of Black Box Recorder – once again work on The Auteurs album ceased.

More studio time was booked for more Auteurs recording. I didn’t have a single. I had a song called ‘1967’ which I loved but knew that it wasn’t a hit. On the eve of the recording session I visited John Moore, drank half a bottle of Absinthe and promptly fell down a staircase and broke my wrist. All recording plans were put off as I couldn’t play guitar until my wrist healed. Hobbled again.

The final ‘…Bootboys’ recording sessions took place in RAK studios in April 1998. Myself and James Banbury (Barney and Alice weren’t involved) recorded ‘The Rubettes’, ‘1967’ and ‘Get Wrecked At Home’. I dashed from this session to another BBR b-sides recording session, and then collapsed into bed for a week. I’d recorded more than two albums worth of material in just over a year. I was fucked. I needed sleeeeeep.’

‘How I Learned To Love The Bootboys’ was released in the summer of 1999. The press were no longer very much interested in The Auteurs; old group, releasing fourth album, ‘come back when you’ve reinvented the wheel etc’. I wasn’t that bothered by any of this. The Auteurs did a quick whistle stop tour of France and a few dates in the UK. Our final show was at the LSE in London. No announcement. Just gone – never to return.

On listening to ‘…Bootboys’ again, I’m actually surprised how focussed it sounds. There’s a straightforward ‘pop side’ and an unstraightforward ‘experimental’ side. My only regret is not putting more on the album – really stretching it out and making it a sprawling double, songs like ‘Breaking Up’ and ‘Get Wrecked At Home’ were far too good for B-sides. There were other titles as well that I recall from the months of rehearsals for the album; ‘Greatest Hits Of The UK’, ‘Victorian Christmas’ and ‘Bomber Jacket’ – there were even recordings of these last two songs, which over the years have sadly gone missing.

The track listing of the albums are as follows:

2. Everything You Say Will Destroy You – Chinese Bakery b-side (HUTCD41)

How I Learned To Love The Bootboys – 2CD Re-issue Tracklist

17. Johnny And The Hurricanes – Luke Haines Is Dead (HAINES1)