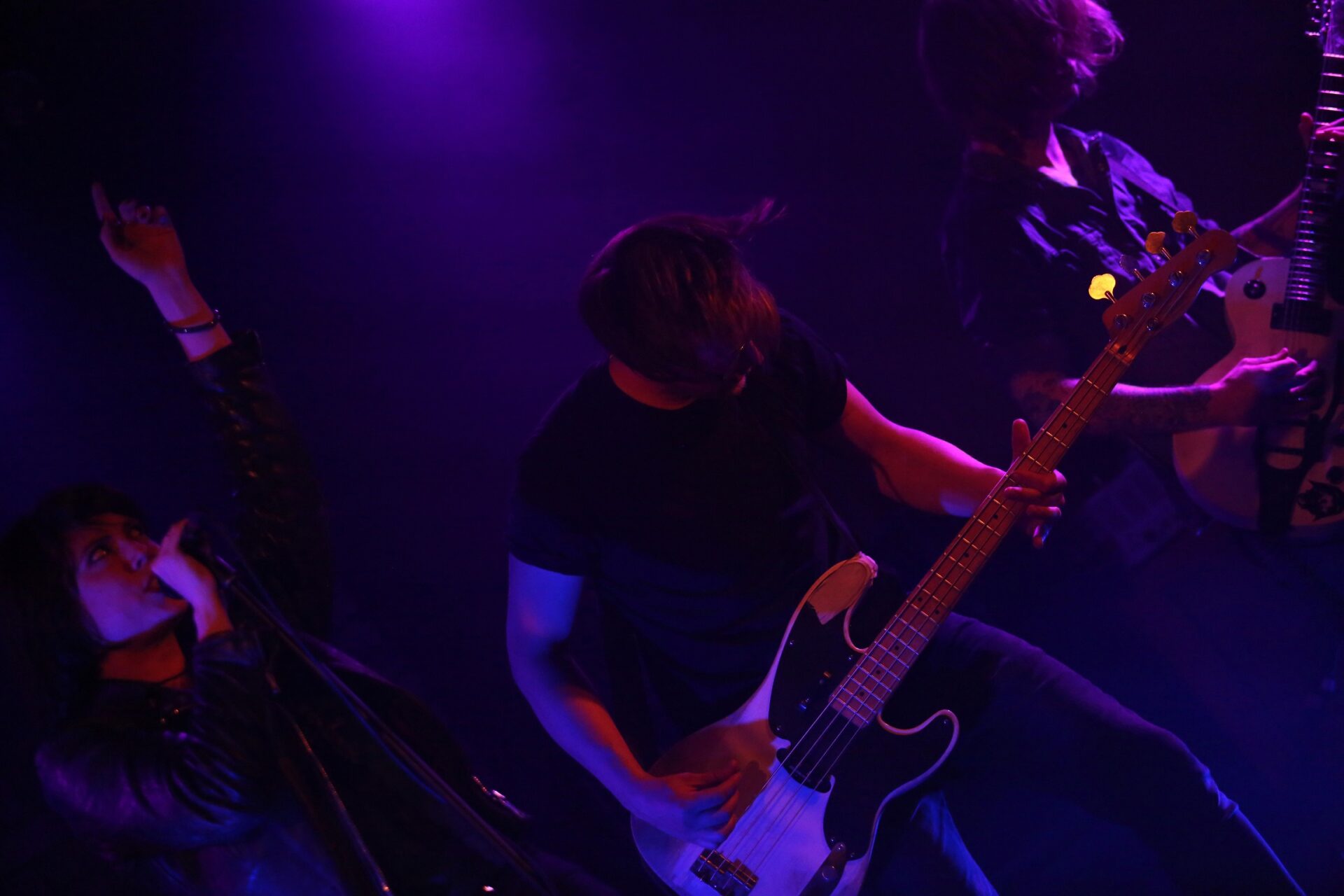 If ever a name was tailor-made for a band it surely has to be that of Bong Cauldron. Booting off this monstrous Vintage Kickball promotion – a triple fusillade of the most heavy of heavy sounds – the Leeds three-piece whip up a stoned brew of dead earnest toil and trouble, the mightiest of onslaughts on the senses that just goes to show what really can be achieved with a strong will and when the basic elements of 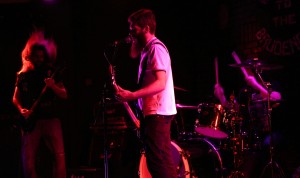 guitar, bass and drums are welded to some ear-shredding vocals. In an all too brief set, populated by tunes from their self-titled début EP, Bong Cauldron blew a figurative hole in the Brudenell doors with the sheer power of their music.

Next through the hole in the perimeter fence was Antlered Man. Two albums into their recording career and they have somehow negotiated a potentially difficult crossing between Focus and Future Of The Left, a rite 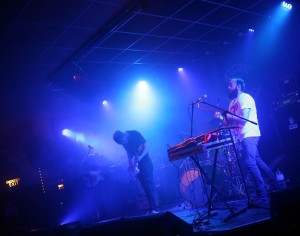 of passage that has taken them from progressive rock to heavy rock and all the way back again.  There is something strangely reassuring finding out that there is actually a place in rock music for the penny whistle and realising that frontman Damo Ezekiel-Holmes is just the person to use it. Their foot may not be pressed quite as firmly on the metal accelerator as that of Bong Cauldron but that doesn’t mean that Antlered Man’s unholy visceral din measures any less on the Brudenell barometer.

Back on home soil, Black Moth clearly aren’t going to hang around, dispensing with the formalities and launching straight into a show which proves beyond any reasonable doubt that there is absolutely no light in their particular shade. If any such proof were needed, drummer Dom McReady’s Black Sabbath T-shirt confirms what is the primary source of Black Moth’s inspiration as they take heavy metal music’s staple riff and then proceed to batter you over the head and into total submission with this most blunt of instruments.

Whatever they may lack in sophistication, Black Moth more than compensate for with their energy, passion 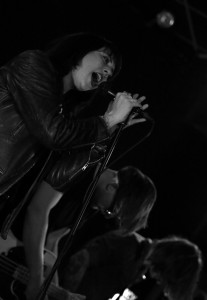 and some cracking, industrial strength songs.  And in Harriet Bevan they possess a genuine rock singer, one possessing a voice that straddles the divide between June Millington and Joan Jett.

Drawn from their first long player, The Killing Jar and its follow up which is slated for release later this year – from it, ‘Tumbleweave’ and the ensuing ‘White Lies’ are both revealed as bona fide metal monsters –  this evening’s eleven song set is an exercise in complete subjugation. With their blood-curdling rhythms, menacing riffs and anguished lyrical imagery, ‘The Articulate Dead’ and ‘Blackbirds Fall’ may well predict the end of the world as we know it but as we all hurtle headlong to our doom Black Moth ensure that we do so with a head full of rock and a contented smile on our face.