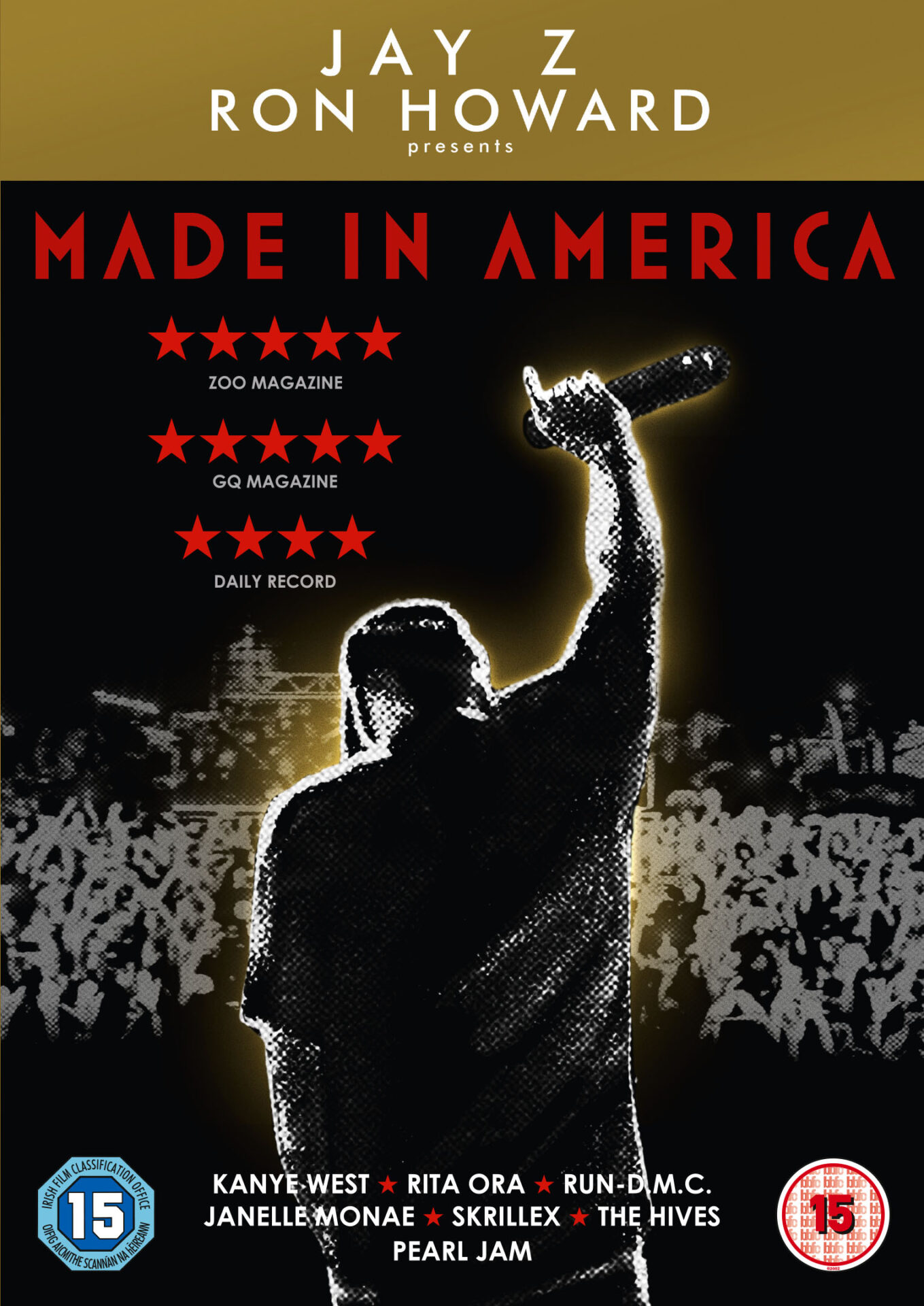 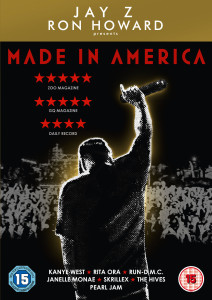 Back in 2012, Philadelphia played host to the first ever Made in America festival. The two day event – the brainchild of rapper turned business mogul Jay Z – was captured on film by Oscar-winning director Ron Howard, and is making its way to VoD and DVD this month.

The 90 minute film features one of the most eclectic line-ups you are likely to see. Rita Ora, Pearl Jam, Run-DMC, Skrillex, Odd Future, Kanye West, Beyonce and The Hives all make appearances; and that’s just a partial roll call.

Sing/rap-along, moshing fans serve as a back drop to the real tale being weaved by Ron Howard and Brian Grazer (A Beautiful Mind and American Gangster). Music – it would seem – is more than something you play so loud you burst your eardrums and throw crazy shapes to. Music has the power to change lives.

By now, most should be familiar with Shawn “Jay Z” Carter’s back story: the hustler from the notorious Marcy Projects who rapped his way to musical domination; bagging awards, record labels, and the beautiful Beyonce along the way.

As Jay Z speaks, you get the distinct feeling the American Dream is something that can be achieved in waking hours, and in mini interviews interspersed throughout the film, the acts performing offer testimonies of their own.

While rags to riches stories serve as a “follow your dreams” style pep-talk, the trickledown effect of the success of the performers is what really captures the imagination. The recession has taken its toll on the world, and the Mayor of Philadelphia is more than willing to welcome the festival and the jobs and revenue that come along with it.

We meet a food vendor whose rent depends on the success of the festival, the security guards who would probably be scratching around for cash if the gig never happened, and the entrepreneurial young man whose reputation hangs in the balance as he awaits news on whether the up and coming acts he has curated will be granted a spot to perform.

The philanthropic deeds of Mr Carter has a wider reaching, longer lasting effect than the usual presenting a cheque to a charity we find out. Music succeeds where politics fail is the moral, and as cheesy as it seems, you can’t help but get swept up in the emotion of it all.

If you are looking forward to seeing exciting sets, you might be left wanting. Onstage antics are given bit parts in Mr Howard’s offering. You will however find yourself sometimes laughing, other times enthralled and occasionally inspired by the interviews.

Jay Z’s eloquence when describing how a concert as eclectic as this crosses all boundaries and is in essence the American way, is only surpassed by the enthusiasm and wisdom of the veteran D.M.C who is able to offer a historical birds-eye view of how music always has and always will bring people together. 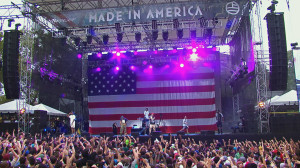