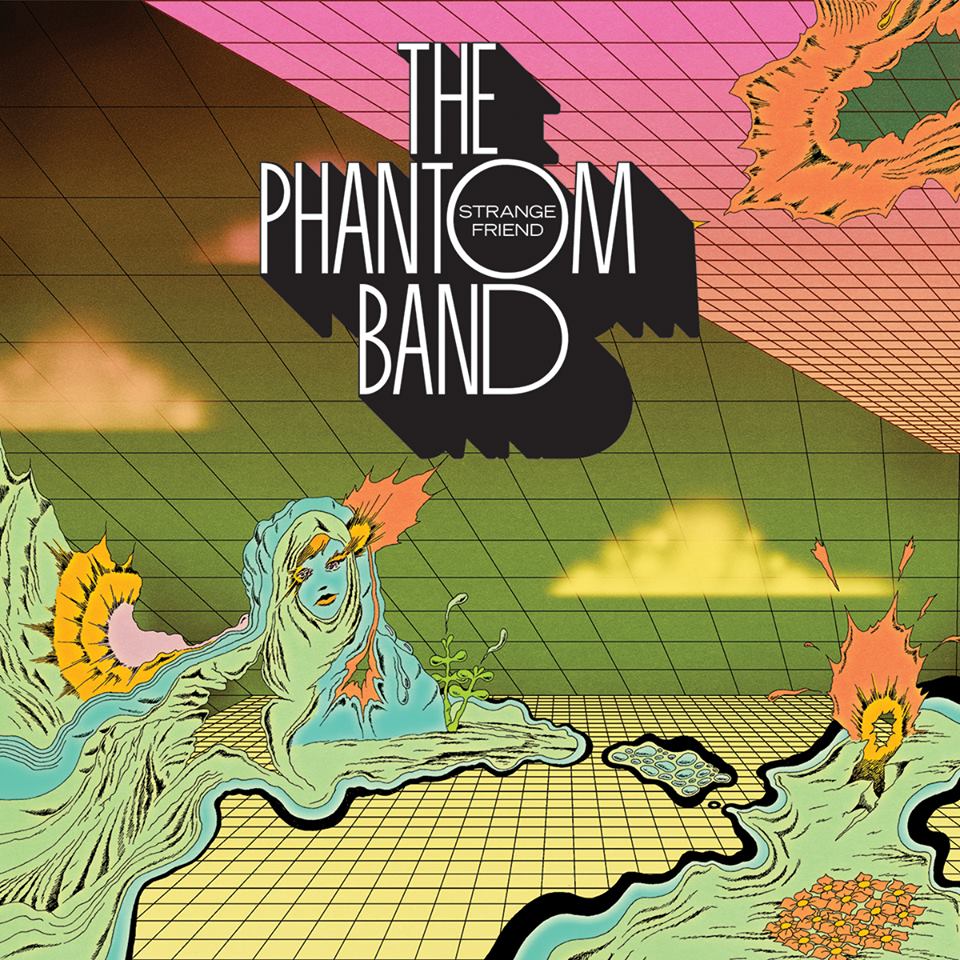 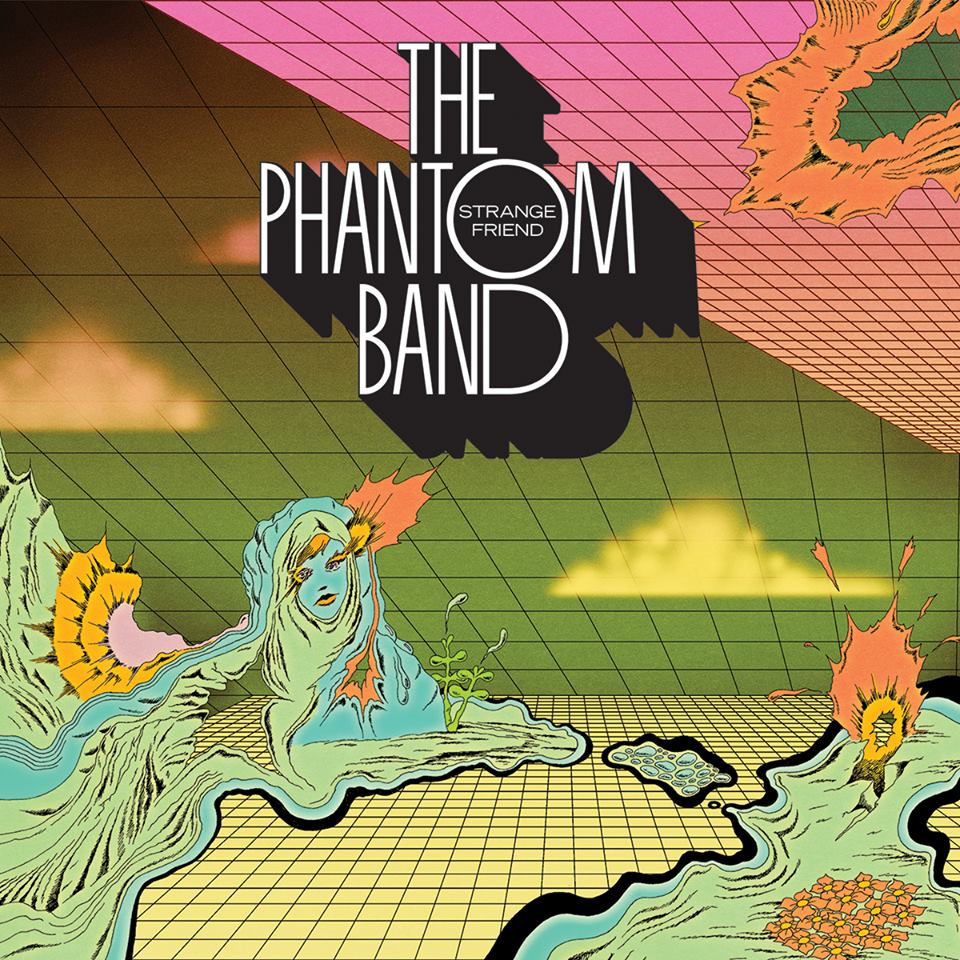 There are a lot of bands who attempt to mix various genres together and end up with an interesting, yet often messy result. Then there are lots of others who are good with melodies but too ordinary to stand out from the rest. Glasgow six piece The Phantom Band are neither of these things. What they are is an open minded, forward thinking outfit with the ability to create a unique, cohesive sound from a range of styles that really shouldn’t fit together, while threading it all together with the sort of ear grabbing tunes that only truly great songwriting can produce. Admittedly their third LP ‘Strange Friend’ is a grower that takes time to absorb, but aren’t all the best albums these days? It’s their first new material in over 3 years and follows 2010’s highly impressive ‘The Wants’. And this time they’ve nailed it.

As far as curtain raisers go, they don’t come better than stunning ‘The Wind That Cried The World’. From the start, a strongly propulsive, highly infectious melody journeys through terrific explosions of enchanting, ethereal harmonies, entrancing synth patterns and elevating motorik rhythms, while singer Rick Anthony‘s rich tones give it authority and emotional power. “The verses have a kind of nursery rhyme musical naivety and we wanted the choruses to just sort of blast in,” explains Anthony, “The lyrics were kind of stream of consciousness that alludes somewhat to the inherent meaninglessness and randomness of artistic creation. The whole track acts as a nice opener and first single: a sort of a statement of intent after being away for so long.” A statement of intent it is indeed. 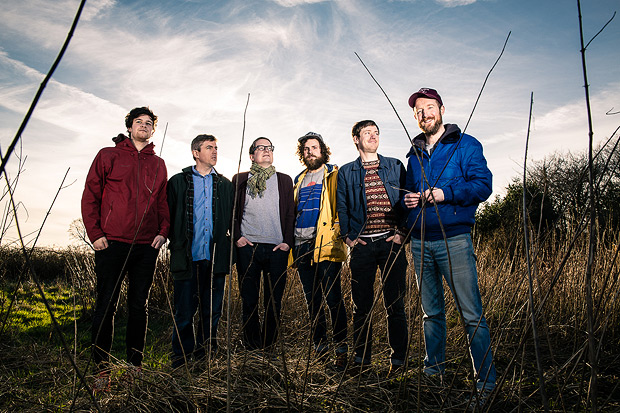 On the glorious ‘Clapshot’, the spaces where one would normally expect to be filled with layers of guitar are instead given to brilliantly antiquated organs, as soaring melodies arise from a pacey rhythm driven by joyous momentum. Credit goes to drummer Iain Stewart for his terrific performance on this one, and throughout the rest of ‘Strange Friend’. However, The Phantom Band are an outfit where each member plays an important part, and the places they take each other to musically can only be reached when these people come together. “We’d have fallen apart long ago if any one band member took the reins,” says guitarist Duncan Marquiss, “and that friction between people throws up music that no single person in the band would have imagined otherwise.”

On the strident stomp of ‘Doom Patrol’, quirky synths, Kraftwerk keys and bright atmospheres make way for an unexpected burst of hard rock guitar before taking another trip back into powerful, beautifully melodic kosmische pop territory. Again it demonstrates their ability to make many differing elements fit together perfectly, throwing in little surprises like the acid house bass that finds its way into the mixture. The moody, dark acoustic elegance of ‘Atacama’ buzzes with a haunting intensity and is a perfect match for Anthony’s grand voice, while the warming blanket that is the stunning ‘(Invisible) Friend’ offers alluring harmonies, superb instrumentation and a melody that reaches straight for the heart. Magical. 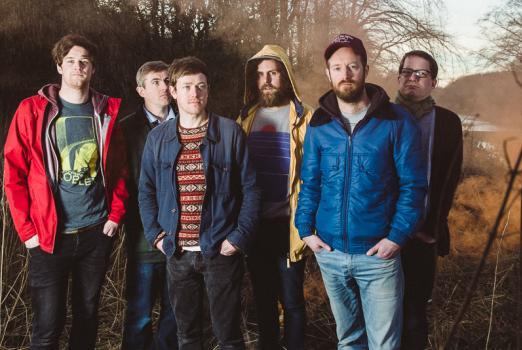 ‘Sweatbox’ sounds like disco music played on vintage organs and a load of old household junk, moving you through its seamless sections and locking you into its irresistible groove, before coming to a mighty climax. The album’s most tender moment arrives with the ghostly introspection of ‘No Shoes Blues’, one of the most soulfully solemn pieces of music you’re ever likely to hear, made all the more wondrous thanks to the mournful presence of the brass band towards the end. The European strut of ‘Women Of Ghent’ comes with delicious helpings of analogue synths that sparkle with beauty as the song grows in stature, leading to the odd, uncompromising finale of ‘Galapagos’, where deep, heartfelt melodies are buried under a contrastingly panicked percussive racket, until it moves into a sizzling harmonious ambience and fades.

In terms of songwriting, they’ve clearly reached a new level. Wonderfully constructed mixtures of folk, krautrock, prog, indie, power pop and psychedelica are lit up by magnificent instrumentation, as the band’s musical chemistry takes the songs in fascinating directions. ‘Strange Friend’ is one of those records that really will bring you joy. Don’t deprive yourself of its magic.
[Rating: 5]
http://www.phantomband.co.uk/
https://twitter.com/ThePhantomBand
https://www.facebook.com/pages/The-Phantom-Band/8615489533?fref=ts