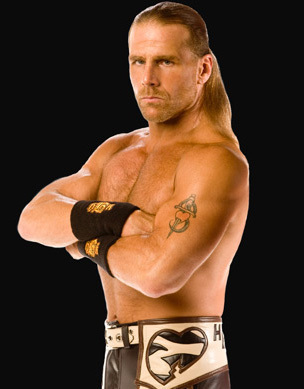 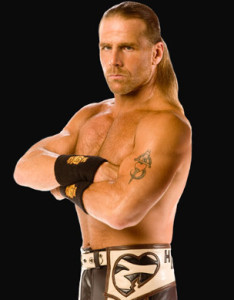 Some things in life just aren’t up for debate. That the sun rises in the morning. That rain is wet. That Nigel Farage has a face that you just want to kick into a tree before setting the tree on fire.

And that no one has had more great Wrestlemania matches than Shawn Michaels.

I remember a conversation a few years back with a friend who, while a Shawn Michaels fan, questioned his status as ‘Mr Wrestlemania’ given that his won/lost record on the biggest stage of them all isn’t exactly up there with The Undertaker’s famous streak (thank Christ that’s finally over, by the way). But that was somewhat missing the point. As we know, pro wrestling isn’t always about who wins or loses. Sometimes the guy who steals the show above all others is the guy who left it all out there but came up short. This year’s Royal Rumble was supposed to be about a victorious returning Batista. Instead fans rallied behind the runner up Roman Reigns despite his heel status at the time as he showed over the course of the Rumble just why many in WWE management have him locked in as a future main eventer and possible face of the company. Or how about last year’s Wrestlemania 29 that was supposed to be about John Cena’s road to redemption against The Rock but, although Cena came through victorious, the entire crowd still seemed to be spent from CM Punk’s narrow loss to The Undertaker earlier in the night. Like it or not, that was Punk’s night.

Shawn Michaels specialised in such moments.

Everybody talks about the ladder match against Razor Ramon at Wrestlemania X. It is considered one of the greatest matches in Wrestlemania history. Ric Flair proclaimed that, so incredible was HBK’s performance, it was essentially like Michaels went out there and had a match against a ladder.

What people discuss much less is that Michaels lost. Because ultimately it didn’t matter. Wrestlemania is about giving people something for the ages – a ‘Wrestlemania moment’ as they like to call it. And that is why Michaels was so special.

Between the matches we get Michaels himself talking us through the lead up to each match, the backstory, reminiscing about his career and generally coming across really well. For a guy who used to be considered something of a nightmare to work with during the Attitude era, he now seems to have a calm and contentment that really makes you warm to him. He never tries to paint himself as the greatest – in fact, he even looks a little uncomfortable at times if he veers towards anything resembling self praise – and all this adds to what is a great collection.

It’s also great to see the progression. Those Rockers matches show two youngsters being given a chance on the big stage and not once do they fail to deliver. Their Mania debut against The Twin Towers back at Wrestlemania V was probably their best showing at the event, coming up short against the giant Hakeem and Big Boss Man but making the crowd believe that, with more time and experience, maybe this team could get to the top.

However things really hit their stride once HBK went out on his own and his solo debut at WMVIII against Tito Santana is an enormous step up. At this stage Michaels was still finding his way in the solo ranks but this match really elevated him. It was the opening match of the card and the attendance was suffering as traffic congestion near the stadium had forced WWE to start the show to a stadium missing around a third of it’s ticket holders. Michaels and Santana took the challenge thrown down and those late comers missed what was one of the greatest technical wrestling exhibitions in Wrestlemania history.

Michaels’ legendary 60min iron man match with Bret Hart for the WWE title at WMXII is also here in it’s entirety. It remains to this day a thing of wonder to me – a masterclass in how to use your allotted time limit to it’s fullest, how to set the pace, when to build, when to break it back down, when to hint at potential twists, everything. I’ve seen many wrestlers over the years struggle to know how to structure a 10min match – these guys went out there and gave the fans an hour. And then some. Breathtaking…

I could sit here and go through every single match as there are so many highlights that the word ‘highlight’ barely does them justice but we haven’t got all day. I could probably write you an essay on the retirement match against Ric Flair at WMXXIV, one of the most emotionally raw wrestling matches I’ve ever seen. Watching these two guys even attempt to stay in character when they know what the match means is a challenge in itself, let alone seeing those vital last few moments of the match. I don’t think I’ve ever met a wrestling fan that hasn’t admitted to crying at the end of this match. So if this review leads you to watch it (as I hope it does) then you have been warned.

Michaels saves the very best for last, as any true showman would, with his final match against The Undertaker at WMXXVI. This match encapsulates pretty much everything that ever led me to fall in love with wrestling when I was a child. You have Taker as the unbeaten king of Wrestlemania taking on the greatest showman in the business. I recall watching it live and having absolutely no idea who would win. The near falls are heart-stopping. As are some of the bumps that both guys take (these are not young guys by the way). Both men tell the tale perfectly but, as always, it is Michaels who leaves you with the defining image of the match, of the night, even of the year. Because that’s the way that HBK does it. He’s just that damn good – every move and every gesture feel like they mean so much to him.

The title of ‘greatest wrestler ever’ is one that fans will debate until the end of time. There are many worthy candidates. But if you sit down and watch Mr Wrestlemania from start to finish, you’ll sure as hell be hard pushed to consider anyone more worthy than The Heartbreak Kid.