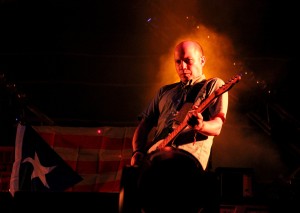 Forlorn, and exhausted, I made my way on site to Primavera Festival for the third of the three official days, with luggage, with the premise of heading straight from the Parc del Forum to Barcelona’s airport. Not short of a few second glances, I made it thankfully to the press lounge with little in the way of glitches, and an encounter with a Catalan toddler who made the smug effort to work out my language of choice, exclaiming “hello” as I walked off the metro, a lovely brushing of cultures and ages.

Once settled with suitcase stored and locked in press lounge, there was a candy pick n mix of acclaimed talent to surround oneself in, spoiled for choice, and yet again overwhelmed by where to turn next. With more guitar riffs scheduled than the other two days put together it was certainly not easy making clear cut decisions on which bands to go check out. Who do you pick if you are faced with a hideous clash such as Trent Reznor and Mogwai for example?! I mean Trent has his prowess in composing industrial OSTs but well, Mogwai!!

This was mentioned not only in relation to this festival but also with the well-known Glastonbury succeeding, as there was much allusion in the press conference with Stuart, Barry, Martin and the boys on the topic of Metallica headlining and also clashing with them at the UK’s well-renowned Glastonbury festival, which has blown up over the last few weeks by the media to the point where at Michael Eavis’ little performance festival there are now t-shirts being sold with the Scottish band’s reaction printed.

The beginning of the day involved a mad dash to the indoor venue, Auditori Rockdelux, in which you could inhale some civilised chaos, for the acclaimed Kronos Quartet. Catching a couple of their classically astute tracks, it became blatant the reasons for almost being refused entry to this set, due to limited capacity. Fickle, as is the way at any music festival, I quietly exited this gig, to frantically head over to the Bowers & Wilkins tent, where I had noted Mogwai were doing a Q&A with fans, and an ‘exclusive first listening’ which was a badly-advertised stint. Excited at the prospect of new Mogwai material post Rave Tapes and Les Revenants OST I headed over to the tent with speakers of a grand affair to find that this was no first listening, unless you are willing to let it slide that they forgot to mention it was an exclusive first listening on the Bower and Wilkins speakers, somewhat different to what was suggested. 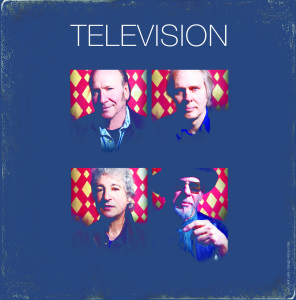 With the sunshine beaming down on Barcelona’s concrete park, there was little to complain about. Television belted out the whole of the Marquee Moon album, whilst news of The Pizza Underground cancelling their set in the Heineken Hidden Stage had evolved into jest in that Macaulay Culkin had missed his flight (a sneer at his old acting history in the John Hughes’ Home Alone films), and Mogwai revealed more in their press conference at Primavera. Some new music on the way for a new series of Les Revenants, a new Mogwai malt in time for Christmas, and Dominic’s claim that he would like to score a film adaptation of The Bible; well, some of this session, considering it’s Mogwai, should be perhaps taken with a little pinch of salt. They jeer that they may actually make some money from the malt sales, more than they do from the music nevertheless.

Leaving the press lounge for the Pitchfork Stage to catch a little of Earl Sweatshirt’sfrenetic energy, before scooting to the ATP Stage for Godspeed You Black Emperor’s intense set, which had an oddly pronounced Balkan twist. It could perhaps be to suit the fans of Primavera, keeping the music somewhat ethereal but with a touch of lively. With visuals in the backdrop that could resemble a David Fincher film, for a fleeting moment it does feel that Trent Reznor’s set time had been moved slightly earlier, apart from the auditory noises of course.

Connan Mockasin, a psychedelic eccentric, held the stage rather comfortably, in his usual avant-garde attire, and kept me within tune yards of his stage, entranced by his trippy performance, before moving over to the Dismemberment Plan’s hipster scene of about three hundred, rocking it out in the way that only American scenesters would.

Although taking a de-tour by the Heineken Stage on which Nine Inch Nails were playing there was no doubt that I was going to see the provocative, non-so-serious Glasgow lads whose music, or more likely stage presence got people talking, debating and discussing all matter of political topics. There were three catalysts on that stage for enabling so. The first was before they even lifted their instruments, as the Catalan flag was flying, prominently on stage. Secondly, Stuart Braithwaite, a big advocate of the Yes vote for Scotland’s Independence appeared on stage, and then his guitar which modestly displayed a Yes sticker. Now this was enough for those in the audience, right, left and centre to discuss the parallels between Scotland’s political situation and Catalan’s.

A very unusual but refreshing stimulant away from the more intoxicating was that gig, inspiring fantastic debate. Not only that, but the sheer music satisfied its crowd with more than two walking away proclaiming its epic stature. The heavier of the three days in terms of genre, It was clear to me that this was Mogwai’s day at Primavera, starting out with about fifteen people at a badly organised Q&A leading to the penultimate provocation in a city refusing to speak Spanish, sparking the political autonomy discussions, in which case they really turned the whole thing around. Now Primavera 2015 I hope you manage to encourage more philosophising, and bring us as hell of a good line-up as you have this year.