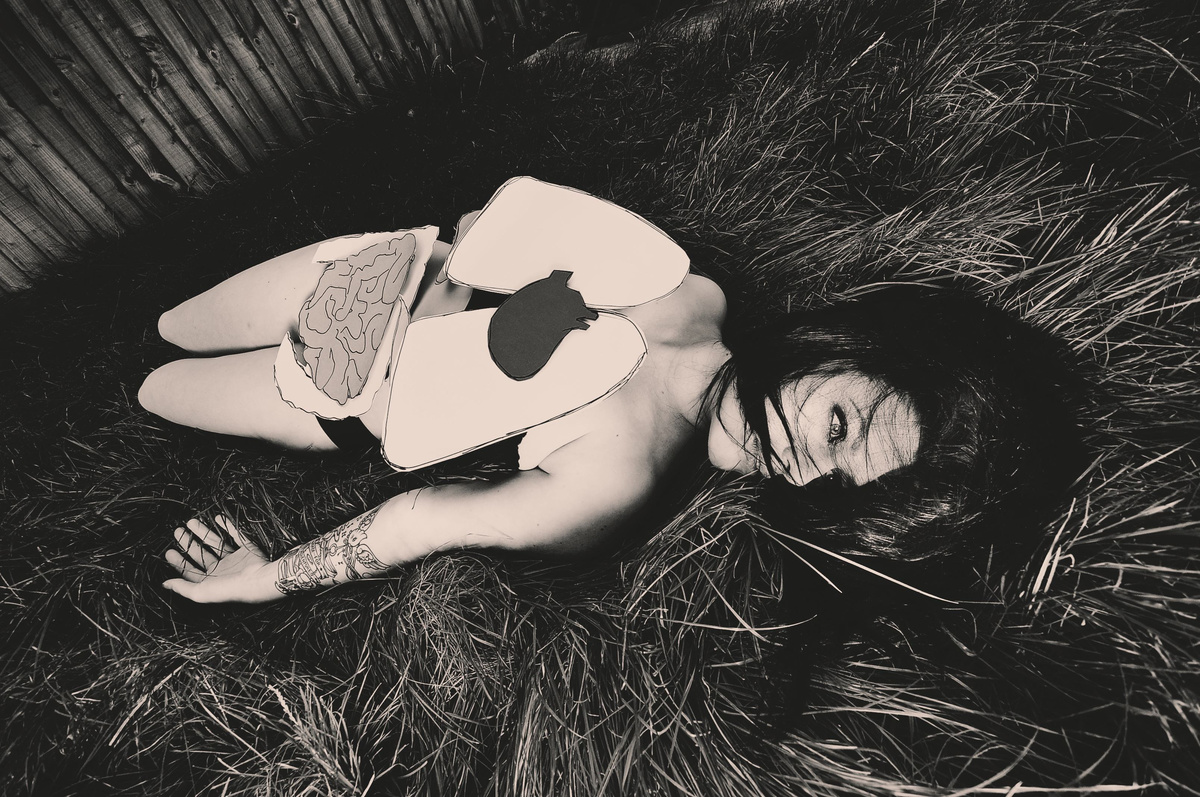 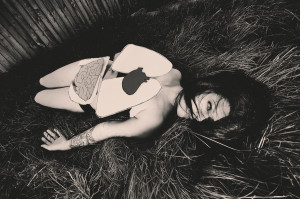 We’ve been flipping between this and the Daisy Victoria release in recent days, both essentially emerging from the same dark place and both cowed in the kind of primitive blues that pricks our earlobes and makes us sit up barking at the moon. But enough of our domesticating house training issue.

New thing from former King Alexander-er Laura Bryon who these days aided and abetted by the Islet’s Emma Daman Thomas on drum duties assumes the alter ego Tender Prey of whom who’ve recently put the finishing touch to an album ’Organ Calzone’ which is primed for release on the sadly missing in action (around here anyway) Bird / Finders Keepers imprint.

Before that though there’s the small question of a download only three track EP entitled ’The Tequila Worm’ to get your lugs around. Now I don’t admitting that we’ve been more than a tad taken by the detuned and bent out of shape ’Strong Feelings’ which aside being the best thing here curiously wires into its melodic minimalist matrix a darkly woven psych underpin which in truth sounds not unlike a seriously wayward Slits channeling the darker undercurrents of the Soft Boys ‘Underwater Moonlight’.

Elsewhere lead out title track ‘The Tequila Worm’ is smoked in a howling n’ prowling Link-esque reverbs and weaves to a seductively chilling swampy garage grooving crafted in slickly supernatural charms. Lest we forget the parting ’Hold Me Down’ as it snake winds amid a hypnotic psych folk framing occasionally bearing its blues gouged teeth whilst to these ears stalking a darkly enchanted twilight world inhabited by the Smoke Fairies and Kull. Essential in other words.