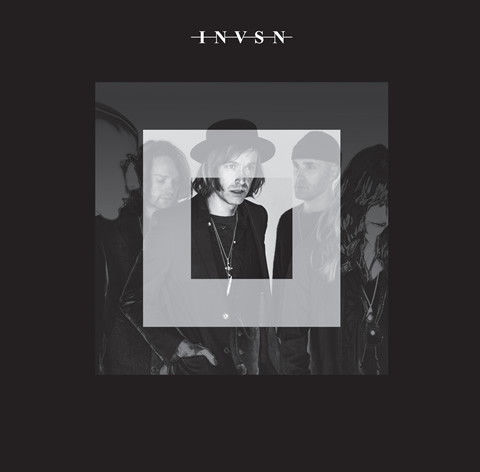 A little way into opening track ‘#61’ Dennis Lyxzén advises us that “a storm is coming for you”. And for those who are only familiar with the 42 year old Swede fronting Refused it will pay to heed his warning because INVSN the band and the album of the very same name are both one bold step removed from the overwhelming angry thrash of that hardcore punk act.

With Refused on another indeterminate sabbatical Lyxzén has now turned his attentions to one of his many side projects. Emerging from the ashes of first the Lost Patrol Band and then Invasionen, and having dropped a fistful of vowels somewhere along the way, INVSN’s metamorphosis is now complete. As if to endorse these changes their eponymous début album further breaks with tradition by becoming their first English language long player.

Whilst those early Black Flag influences can still be heard – perhaps most acutely on the driving fury that is ‘Our Blood’ – and the very essence of Lyxzén’s strong punk rock idealism pumps through the album’s veins, the musical emphasis has shifted away from wholesale anger and attitude towards something approaching far greater moderation and restraint. Where once there was only hardcore, now there is also the texture of power-pop, post-punk and synth-pop.

The first single to be taken from the album, ‘Down In The Shadows’ – where Lyxzén duets with bassist Sara Almgren on the song’s hurried and hopeless refrain of “they’re never going to give you praise” – lives and breathes in the atmosphere created when New Order’s shining light first started to appear out of Joy Division‘s imperious gloom. With their bright flourishes of sparkling guitar and keys, ‘The Promise’ and ‘It’s All Coming Back’ both owe a similar debt of gratitude to Power, Corruption and Lies, whilst ‘God Has Left Us Stranded’ nods vaguely in the direction of The Cure in all of their mid-eighties pomp.

Despite the deceptive beauty of its melody, the album closer ‘Hate’ refutes any suggestion that Dennis Lyxzén’s emotional fires may about to be doused. Still troubled by personal uncertainty and discontent at the world that surrounds him, the musical vehicle in which his message travels may well have become more subtly refined but Lyxzén’s restless punk spirit still lives on.