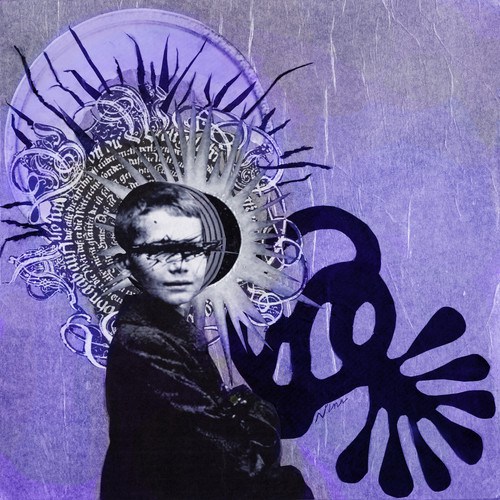 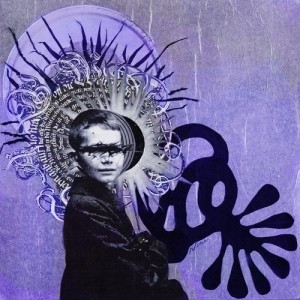 Anton Newcome, legendary antihero/infamous waster has got clean and delivered the most varied and cohesive, and yes, dammit, pure bloody brilliant album ever to bear his name!

Forget the film ‘Dig!’ which elevated him to American Clown Prince of wasted opportunities (the U.S Shaun Ryder?!) and remember the trancey, hypnotic weave of the songs therein…Here that is taken to its logical conclusion, and then some.

Opening track, Vad Hände Med Dem, opens with a simple synth tone before the guitars and drums come blasting in followed by the most brilliant descending melodic line which hypnotises you instantly and hooks you into Anton and co’s soundworld. A breathless rush of momentum and by the time the horns come in you are ready for the oncoming trip.

What You Isn’t follows, a loping groove underpinned by a vaguely eastern horn motif which gently builds, coaxing subtle changes in the arrangements throughout with a loush bassy undertow, a mantra for troubled times and another great song. Third track, Unknown, is a short ditty to a loved one which with its phased production seems like a necessary breather before the first of this albums startling left turns, or indeed ‘Revelations’, if you prefer.

Memory Camp, meanwhile a trippy wash of lovely droning psych/prog chords with crunching drums and one of Newcombe’s best ever vocal performances, slurry but in control, narcoleptic but aware. It fits the mood like a snug fitting glove and by now the album is revealing itself as a beauty with nary a weak spot to speak of.
Days, Weeks and Months follows, a reiteration of familiar BJM sounds and lyrical themes before the albums first real major wtf?! moment arrives hot on it’s heels.

Duck and Cover is, for me, another of their finest ever tracks, starting with a morse code beep, dubby bassline and freaky squeaky keyboard noises before suddenly, startlingly, diving headfirst into a drum loop and droney squall that sound like everything the Chemical Brothers strived to do with much better production and less clutter ‘n’ clatter. It builds, it drops, its blasts back in again, just a brilliant curve-ball and probable centrepiece of the album…

Following on in a completely different vein, instrumental track Food For Clouds is a jaunty neo-soul track with a lovely guitar curlicue and the horns making a welcome re-entry.

Now to the Riyadhs and Bedouins of North Africa for Second Sighting, a kinda Jethro Tull meets the Incredible String Band in Marrakesh instrumental quite unlike anything they have done before, and quite staggeringly beautiful, hearing what is left when the guitars and drums are stripped away and the spaces open.Celestial, beautiful and staggering in it’s simple complexities and one of my personal favourites.

Next up, Memorymix, a strange, slushy sounding drum machine and Moog splatter, seemingly cut, pasted and looped, sounding not unlike something off Money Mark‘s ‘Marks Keyboard repair’ or maybe something off the Beastie’s ‘In Sound From Way Out’..Funky and a nice way to raise the tempo again after Second Sighting‘s almost dreamlike reverie.

Fist Full Of Bees follows, a ringing, chunky almost psych-trip hop track which seduces and hypnotises you over its six minute duration, utterly compelling… Final track Goodbye.Butterfly brings us back to terra-firma with a smile on our faces and a sense of wonder at the fact that, long after being written off, the ridiculously prolific Newcombe and co (with his 20th odd incarnation of the band) has produced not only possibly his best ever album but also remarkably, his most consistent, and consistency isn’t a word necessarily bandied about in the company of Anton and his band of Portland misfits but here we are. Miracles do happen, and when they do, they can be quite startlingly brilliant phoenix from the flames moments, just like this fantastic, richly rewarding album, Clown Prince Anton has become a king at last.Long may he reign!