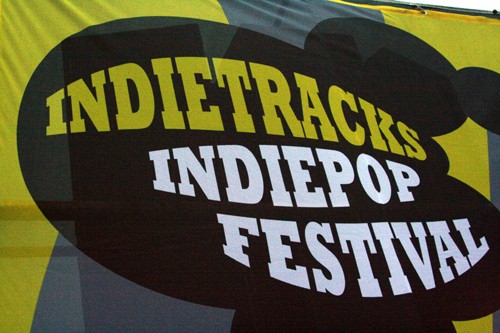 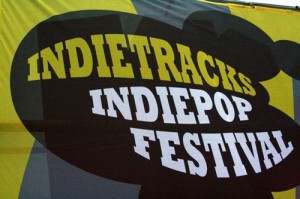 As the dust gets washed away over the fields of Glastonbury, our thoughts turn to the rest of the festival season and the mass of events to invest time and money in again. One that is in danger of getting overlooked is Indietracks. Based at the Midland Railway Trust in Butterley; an unlikely yet wondrous setting for such an event with the improbable blend of music and steam providing something of an equitable ambience. Now in its eighth year, Indietracks started out as just three bands and a handful of DJs playing on the station platform, yet has rapidly gathered significant momentum to become possibly the UK’s premier event for its chosen genre. That chosen genre is pure indie pop and I recall scribing back in 2009 about the “continual musical sugar rush” that was offered up, which entices a significant unpretentious softcore gathering.

The Festival boasts an impressive history of artists too, including Teenage Fan Club, The Wedding Present, The Vaselines & The Primitives. Now spanning three days, this year’s headliners are Allo Darlin’, Gruff Rhys & The Hidden Cameras plus over fifty other artists on four stages, including such other notables as Let’s Wrestle, The Popguns and Sweet Baboo. I say ‘stages’ but one of the quirky nuances of the event is that two of those settings wouldn’t normally receive such a classification. The steam trains keep running of course and it would be rude to not have bands playing on board, whilst there is the unique opportunity to attend the stone chapel, pews and all, and not have to listen to a sermon nor accommodate a begging bowl at the finale! 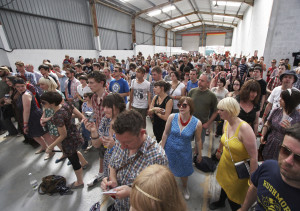 I caught up with Nat Hudson recently, one of the extremely busy team of organisers, and tapped into her obvious enthusiasm for the event. Whilst Nat fronts the role of enticing artists and organising publicity, like the rest of the small team, she gets involved in every other aspect, including dealings with local authorities and the Midland Railway team. I asked her if she had any special memories from the festival and of course there are many. She has particular recollections of Edwyn Collins and The Hidden Cameras playing inside the Locomotive Shed three years ago, as well as the essential curveballs like an Owl Sanctuary popping up out of the blue and one of the bar staff deciding to play The Last Post on a bugle at one of the conclusions. Turning to this year’s event, she is passionate about ensuring all that they have worked towards comes together successfully and being a huge fan of Gruff Rhys and his previous Super Furry Animals, he is set be a highlight for her.

I too find myself getting excited about the prospect of a return visit and the probability of a highly enjoyable weekend. As it’s end to end indie pop, the sun is guaranteed to show up and there is no better venue to induct my two young sons into the world of contemporary music, if only to dissuade them from singing “Gay Bar” constantly! Taking place from 25th-27th July and with a real facility-adorning campsite, there are too many reasons to not even consider it. There’s also a magnificent compilation CD available at a bargain price, just tap into the links below and I will see you there hopefully. 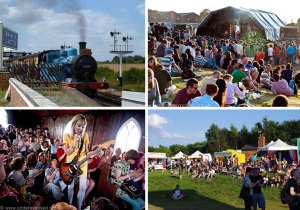