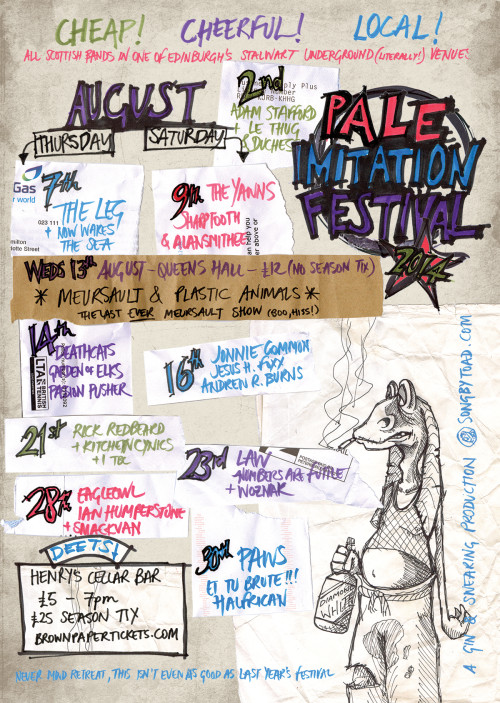 In a mad attempt (of sorts) to compete with the Edinburgh Festival. Or rather, try to give local musical talent some exposure amongst the dirge of imported ‘entertainment’. Song, by Toad has announced a “cheap and cheerful festival of Scottish music”. The events will be held at Henry’s Cellar Bar in Edinburgh over the course of August. And there are some cracking bands involved. Meursault, PAWS, Jonnie Common, Adam Stafford, Rick Redbeard, LAW, The Yawns & eagleowl. Plus loads of other fine Scottish acts. 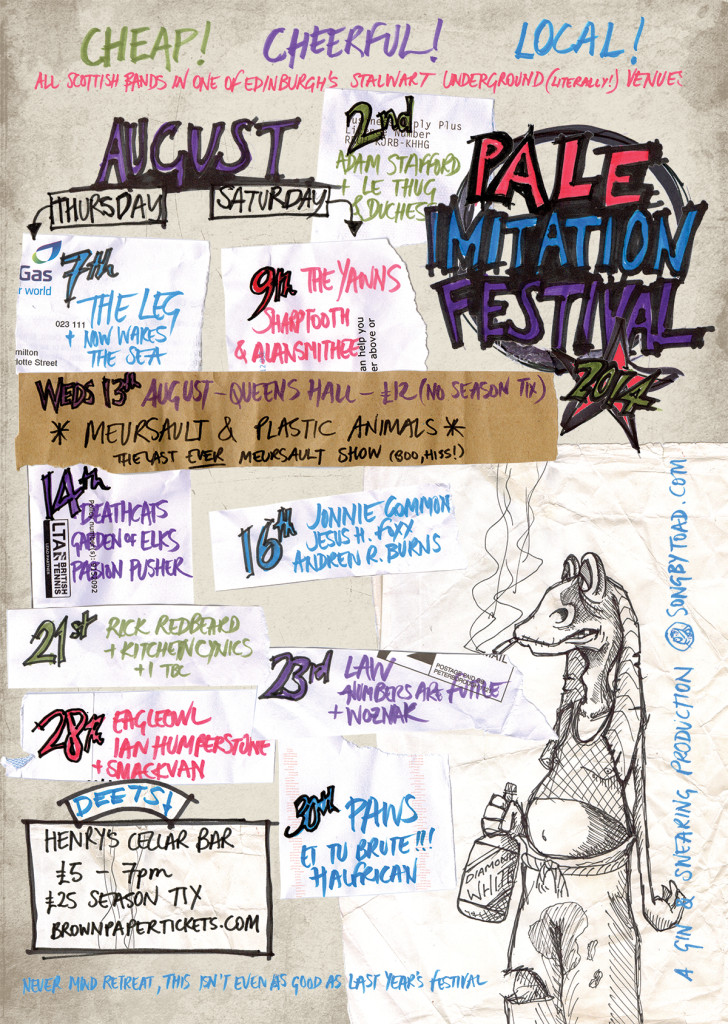 Tickets will be five pounds per gig, and a season ticket will be available for only £25, as well as a separate, showcase gig at the Queen’s Hall which is being reported to be the last ever Meursault show.

The full line-up of shows will be: