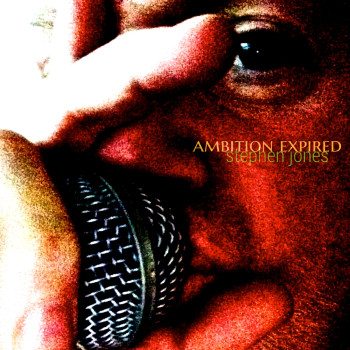 As well as recording under the familiar Babybird moniker, Jones has also made music as Death Of The Neighbourhood, The Great Sadness, Trucker and Black Reindeer, each project offering something a little different. As well as releasing at least 13 albums under the latter alias over the last couple of years, the bafflingly underrated songwriter and musician has long been promising a new project that “will replace” Babybird, but this is not it. It’s nothing like ‘Almost Cured Of Sadness‘ either. Instead, it’s something beautifully unique that Jones recorded at home and released via his BandCamp page. Don’t be fooled by the low key nature of the release, this record is a superb piece of work, and one of Jones’ finest. There is no press release accompanying ‘Ambition Expired’, just a doodle and some jotted words that describe this work as “an album with mind altering musical substance” that “involves no effort from the listener” since “ears will throw aside the mind for one simple hour”. On BandCamp, a short blurb lists it as “a trip, not an album”. 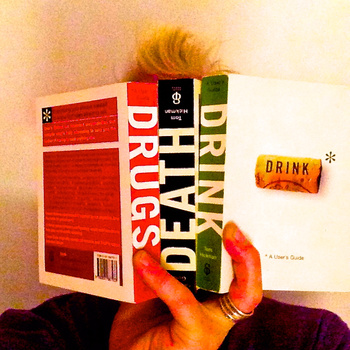 It’s not as moody and cinematic as Black Reindeer, nor is it anything like the twisted pop songs of Babybird, what ‘Ambition Expired’ offers is an hour of music to lose yourself in. Before listening, you must free yourself of all distractions. Relax. Put on a pair of headphones. Press play and don’t do anything else for the next 60 minutes.

The magnificent opener ‘Manchester I’m Sorry’ exudes a blissful radiance, close to an ambient shoegaze sound where captivating guitars reverberate around the glowing vocal as slowed lo-fi drums crash underneath the dawning euphoria. An invitation to “leave the church of Atheism and walk out into the light” is offered on the beautifully sparse ‘If You Think I Believe In Jesus’, a country-flavoured hymn where a piercing vocal soars to spine tingling effect, before the eerie ‘Days That Never End’ demonstrates tricks that Jones has perfected with his run of Black Reindeer albums. Crafted around unsettling hip hop beats, cinematic electronics and a heavy mood that builds with intensity throughout, it’s almost like Death In Vegas remixing Mogwai. Except it’s not of course, because Jones’ music really isn’t like anything else. 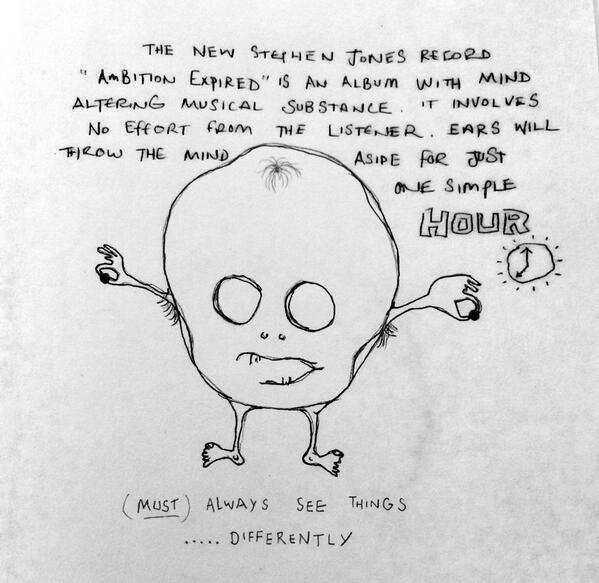 On an album where the vocals are used as more of an instrumental element, ‘A Beautiful War’ provides the closest thing to a traditional verse-chorus-verse song, a blindingly pretty moment where fluttering electronics combine with blossoming sounds of nature. It’s haunting, charming and uplifting all at the same time. It also highlights his ability to fashion odd, indistinguishable noises into strangely beautiful musical elements. The exquisitely hypnotic 16 minute soundscape ‘Thank You For Trying To Love Me’ is given plenty of room to breathe, taking its time to mesmerise and enchant as elements tesselate harmoniously, building into a dazzling glow of bittersweet euphoria. As well as its lilting serenity, it’s hard not to be moved by the sentiment behind the title, reprising a familiar character Jones has excelled at portraying in the past; the unloveable fuck-up well aware of his mistakes, failures and bad habits. 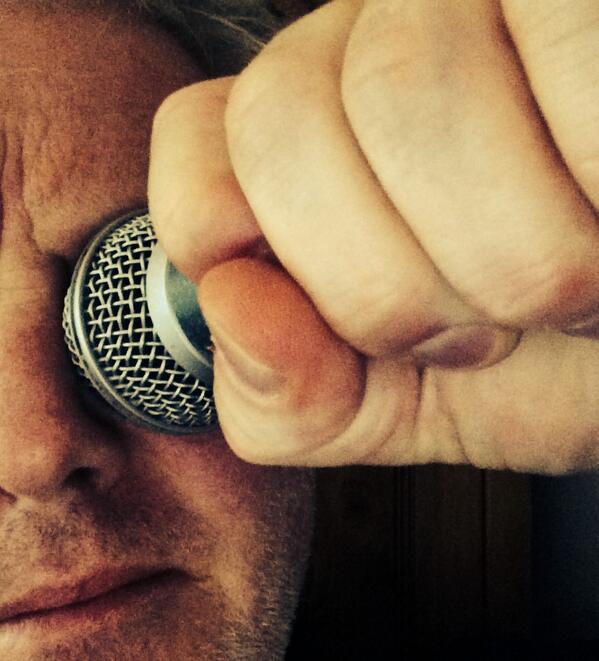 Even these tracks that clock in at around quarter of an hour each seem to take hold of the senses in such a way, that you’re always happy to stay wherever the music takes you. The time and room given to these freely flowing song structures allow the listener to soak up the growing, evolving atmospheres for maximum impact. The stunning ‘Endless Summer Day’ misleadingly begins with heavily-treated vocals, as well as some ominous and rather acidy synth bass. Within a few masterful chord movements, the shadowy mood makes way for soft electronic tones shifting into glitchy, spellbinding patterns. Carrying the listener peacefully into misty eyed tranquility, it’s a mesmeric treasure that flows with a twinkling poignancy and could quite happily go on for twice its already epic length. Grand in its power, but completely opposed to being overblown. On the climactic ‘London Underground’, sleepy guitars ring out to create a heavenly ambience amongst perfectly placed field recordings, ghostly drones and minimal vocals that drift to the surface like rising gasps of air.

Some of the moods and emotions are too strange to even put into words, and trying to pin a definitive label on these tracks isn’t easy either. It’s ambient music done the Stephen Jones way. After the hour is up, we’re given the ‘High Energy Crucifixtion’ remix of ‘…Jesus’, a bit of an ill-fitting cut and paste of dance beats and orchestra samples, which we’ll ignore since it’s clearly intended as a bonus track. 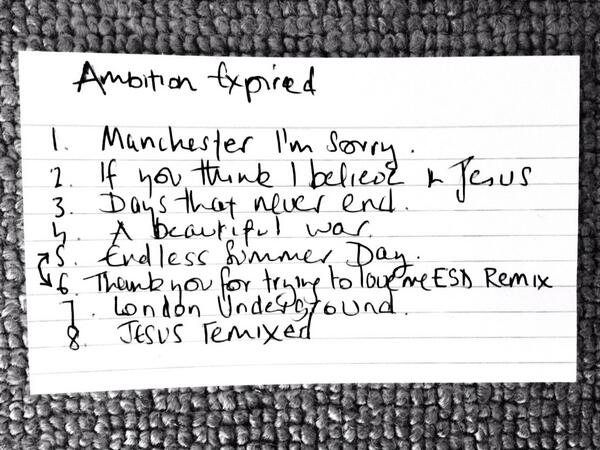 Despite selling over two million records worldwide, Jones has never compromised the intelligence of his music for the mainstream, and has a deep hatred of mass marketed insipidness. With his talent for the unusual, why would he want to conform to sounding like everyone else? We need people like this man, who make this world a more interesting place by challenging the norm and going against the grain. It’s not likely to sell truckloads of copies and you’re not going to be hearing any of it on the radio. It’s one of those well kept secrets tucked away in a weird little corner of the internet that you might be lucky enough to discover. Treat yourself to something different and let Stephen Jones take you on a journey that many others are unfortunate enough to be missing out on. ‘Ambition Expired’ is immersive, euphoric and magical. [Rating: 4.5]

Go HERE to read an exclusive interview with Stephen, where he talks about the past, the present and the future…