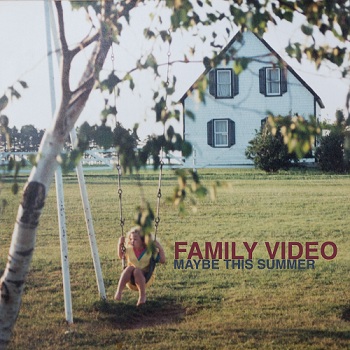 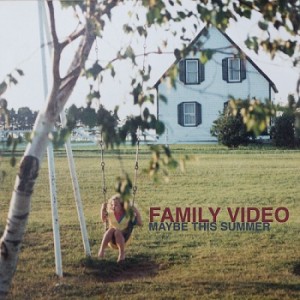 ​It’s hot, and when I say hot I mean really HOT, sticky HOT: sweaty and so uncomfortable. Thankfully, Canadian three piece Family Video have sent our heads in a spinner, with ‘She Reminds Me’ a carousel of judiciously cooing hazy jangle pop, to quite literally enliven our day. Riven with singer Jam King’s deliciously off kilter vocals: at one minute insecure and heartbroken like the rambling clutter of the mind spewing onto the page(“And If my arms could stretch here I could hold you”) and the next woo-ing in a dizzying bout of playful tunefulness laced with prodding Hammond organs and an uncurling rhythm section. Like the meeting point of Pavement and early Throwing Muses, ‘She Reminds Me’ is delicious, off-beat and glorious this is the sound of late summer!

It’s lifted from their album ‘Maybe This Summer’ – released on 1st September 2014 by GoldFlakeTapes.

Which you can Pre-order here: https://goldflaketapes.limitedrun.com

“Formed in Vancouver, Canada, in 2012, Family Video was originally the brainchild of Jam King (guitar/vocals) and Jeff Johnson. Together, they self-recorded their first album ‘Fun + Sad’ that same year before King relocated the band to her hometown of St. John’s, Newfoundland in early 2014. There, Family Video recorded their sophomore album ‘Too Short, Too Long’ on 4-track with a new line-up featuring Jake on drums and Noah on bass.

Recorded just four months later, their third full-length ‘Maybe This Summer’ is the perfect follow up record. Allowing all the frozen anxieties of winter to melt into hopeful, casio-heavy jams that wouldn’t sound out of place on a Miranda July soundtrack, Family Video has weaved the sentimentality of old memories with the optimism of new ones to create a vivid summer tapestry.”