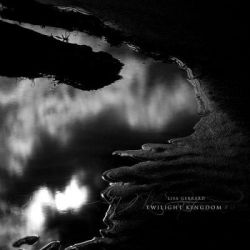 Lisa Gerrard is probably best known to the man or woman in the street as the person behind the Gladiator soundtrack with Hans Zimmer, but that’s just one of many of the magical works she has produced over the course of a musical career lasting more than three decades. Her latest album arrived last week unannounced (except for those of us notified in advance by the PR!), but let me tell you that it is one of the most beautiful albums you will hear this year.

Perhaps surprisingly -before you hear a note of the music – comes the revelation that one of her collaborators on the album is Daniel Johns (of Silverchair). If this seems perhaps improbable, bear in mind that if someone had told you a quarter of a century ago that Kylie Minogue and Nick Cave would record a single together and they would both walk away from it smelling of, er roses, you would probably have scoffed. Oh, and the other two collaborators are Russell Crowe and Astrid Williamson.

And it’s a staggeringly wonderful record. The track ‘Seven Seas’ gives you some idea of what to expect, but it’s the second track ‘Adrift’ that makes this album worth the price of admission alone. The first term I heard it I genuinely wanted to put my head in my hands and cry. I’ve played it several times since -and I really wonder how anyone could fail to be moved by music this wonderful.

There’s a lot of cliched adjectives that could be used to try and describe Ms. Gerrard’s work. I won’t go down that path, but just say that this is an album almost unclassifiable by genre that will almost certainly be one of the most amazing you will hear this year.

Make that a priority.

Twilight Kingdom is out now on Gerrard Records.