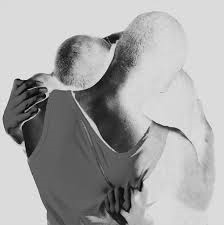 Earlier this year Young Fathers released possibly the most interesting, beguiling and transfixing album of 2014. Whilst hailing from Edinburgh, two of their members have Liberia and Nigeria lineage. It’s this mixture of cultures that makes the album so insanely listenable! This isn’t you’re average hip-hop album, and we are all thankful for it.

The African roots pepper the album with hand claps, foot stamps, but they are juxtaposed with contemporary bass music conventions (woozy bass, swoony synths and wonky beats). At times it sounds like Dave Okumu is producing OutKast, whilst they are being backed by the Drummers of Burundi.

The stand out track is War. This song exemplifies everything that makes them at the cutting edge of hip-hop. On the surface it is a basic song. A bit of xylophone here, some hand claps there, a gospel chorus and some spacey synths, but when it is put together with the lyrics it creates an almost hypnotic track that pulls wherever it wants and you are helpless not to be taken along for the ride.

At 35 minutes it feels like a punk album, very DIY and hands on! It is aggressively modern, innovative and exciting, whilst distancing itself from sentimentality, sounding slightly dystopian but remaining uplifting. As the tracks are short, they get to the crux of the matter quickly. If it’s possible for a hip-hop album to be stripped down, DEAD is that album. Lyrically the album gives us social commentary, catchy hooks and ultimately hopefulness.

As with everything there is a drawback. In DEAD’s case, it’s that some of the songs sound a bit too similar. Once you have a winning formula that sounds like no one else, you can be let off for running with it. Also you can’t really tell the members vocals apart. Other than that it’s brilliant and enjoyable.