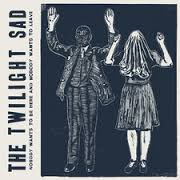 Why oh why have the Twilight Sad still not yet broken through to the mainstream success that they so clearly deserve? It galls that former labelmates and tourmates Frightened Rabbit have signed to a major and have enjoyed a top ten album this year or that former bandmate Martin Docherty is now one-third of the hugely popular Chvrches.

Let us be clear about two things: this is not due in any way to their music or, indeed, reviews. There are many people out there who love the Twilight Sad just the way they are – and I am one of them.

The album opens with the impressive double-whammy of ‘There’s A Girl In The Corner’ and ‘Last January’; the two tracks that have been doing the rounds ahead of the album’s release for a few weeks now. And then, as the anthemic, bass-driven ‘I Could Give You All that You Don’t Want’ kicks in, it all becomes clear: this is an album that doesn’t let up, and holds it’s own to the final notes of the heartbreaking album closer ‘Sometimes I Wished I Could Fall Asleep.’

The band have talked of this album combining elements of their three previous studio albums, and I would agree. It may well be the most Twilight Sad any of their records have sounded, without ever feeling that it’s going over old ground. Hopefully this will be the record that catapults them into the big time. And if it isn’t, that’s the fault of the listening public and not the band!