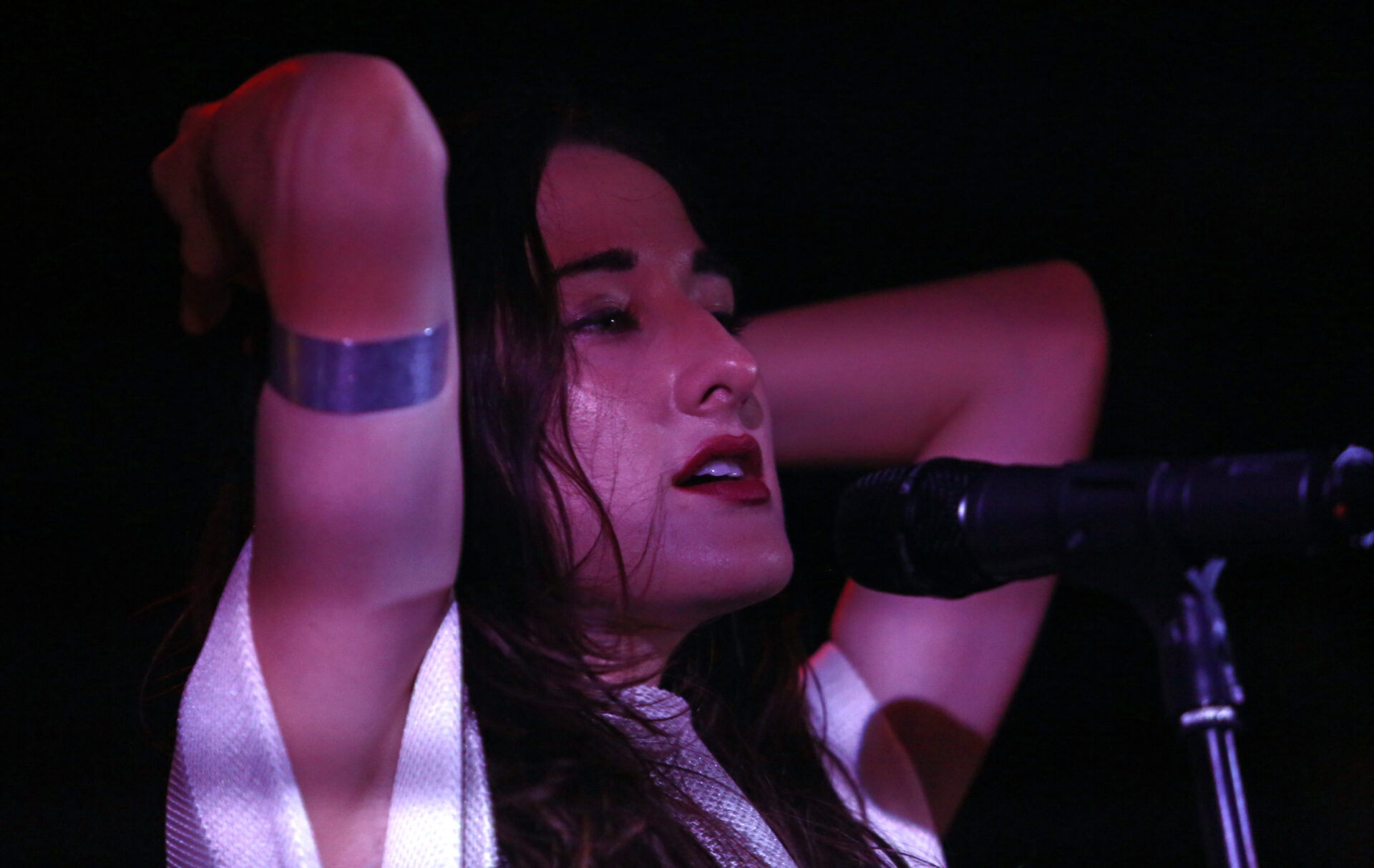 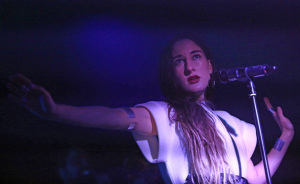 Time does not stand still for Nika Roza Danilova. In a recording career as Zola Jesus, which now spans five years, she has produced five, full-length studio albums. The most recent of these records, Taiga – released earlier this month – sees the 25-year old from Wisconsin emerging even further from the more sombre industrial shadows of her studio genesis into somewhere almost approaching popular accessibility, albeit one whose gateway lies at the dark end of the street.

This show – the second date on a tour of Europe and the UK – is the live realisation of this continuing evolution. Although punctuated in the middle by debut single ‘Clay Bodies’ and the aching heartbreak that is ‘Sea Talk’ – drawn respectively from the first two Zola Jesus long players – tonight Taiga is not only performed in its entirety but also in the exact order that the eleven tracks appear on the record. In doing so, Danilova and her three musical cohorts on keyboards, laptops, live drums and trombone find themselves released from the relative physical constraints of the studio and with the freedom this affords them together they transform Taiga into the most dramatic, living, breathing organism of plangent sound.

In front of a strange, luminous structure – a sort of protean obelisk – Danilova prowls the stage. As her long dark mane of hair cascades all around her with each sporadic, untrammelled burst of 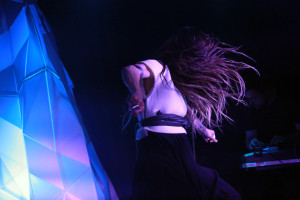 energy, she assumes the guise of some wild mythical creature. It is an image made even more complete when she unleashes the sheer hurricane force of her voice. It is a huge magnificent beast, charging as it does across a continuum between Siouxsie Sioux and Rihanna and bringing with it an almost operatic euphoria to ‘Ego’ and an even stronger emotional gravitas to ‘Long Way Down’.

As the album concludes with the prescient ‘It’s Not Over’, Zola Jesus do in fact return for two more songs – ‘Vessel’ from the third album, Conatus, and ‘Night’, the beautiful yearning track that opens its predecessor, Stridulum II. But it is the triumphant live creation of Taiga as a complete, fully integrated and most compelling body of work that shall remain as this wonderful evening’s abiding memory.

The remaining Zola Jesus tour dates in November are: