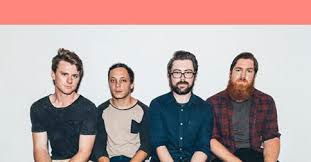 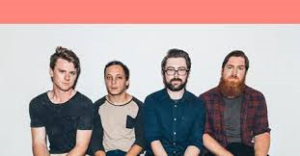 Woah what’s this?! Why am I getting goose bumps?! How the hell did the sun get inside our listening room when all outside is asleep and in darkness and why have I just hit the repeat button three times in a row? So many questions not enough answers, well none if you refer to the press release for clues and a guiding hand. But is that not the point you quietly suspect, minimal information, a refreshing absence of hullabaloo and a remoteness of lame hyperbole like ‘your new favourite band’ and other such bigging up wordiness which on most occasions is tantamount to falling foul of some trade descriptions legislation.

Instead let the music do the talking. Now I’ll be truthful here in saying that Born Joy Dead probably won’t change lives and they probably won’t be your favourite new band. That said new forthcoming single ‘Hey Blood’ is set to give your turntable some long overdue seizures, not least because what these Brisbane based dudes manage to shoehorn into four sublime minutes is a radiantly effervescent slab of power popped teen thrilled glam tweaked soft psych exuberance. Which had we not known would have hazarded a guess was some three way studio get together of Beach Boys, Ashley Park and Dinosaur Jr types nailing down a rare moment of melodic mind morphing to tape only for the blighter to be impishly nicked when no one was looking only to resurface a little later summarily seasoned in all manner of feel good Elephant 6 collective vibes by those dudes Apples in Stereo, now where’s that repeat button for a fourth consecutive listen…..