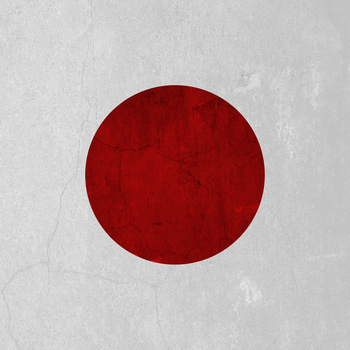 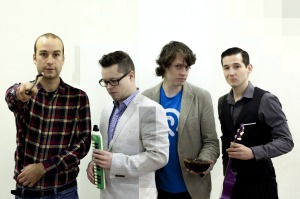 It was five years ago that I found myself enthralled by a new band who stood little chance of making the cut – the band was Kobayashi, the album was Minus and the review sits somewhere deep here in the bulging archives of GIITTV. Gestation for the sophomore has been long and considered it seems and, in the band’s words, is ‘a fitting crescendo to an almost decade long adventure’.

The shift away from the debut is capacious yet subtle, with further meanderings through the genres. It’s rock for sure, yet adopts tinges of funk, electro, jazz, soul and even opera. That of course shuffles it neatly into the misunderstood mongrel closet called prog rock or, perhaps more precisely in this case, neo-progressive. Whilst Matthew Searles is the prime keyholder, the band are instrumentally adept and there is clear influence from all four members throughout. James Rampton’s bass is the hub from which they spiral and he carefully holds everything to the deck yet is often prepared to take it to a higher plain himself when demanded. Frenzied guitars get seduced by a subtle piano and we end up with a complicated yet endearing mosaic of sound.

Direct comparisons are easy yet somehow trite and lazy, however equally necessary here. Muse come top of the pile and so that lends itself to Biffy Clyro and Queen. There are hints of U2 and RHCP, whilst on ‘Misc‘ the band come as Yes, with Searles’ synth meanderings aping Rick Wakeman to perfection. ‘Matilda’ gives us a brief splattering of death metal and then ‘Box’ experimental electronica; a passion of Searles evidence throughout his solo work. The whole journey ends with a brass band and a firework display, provoking a deep intake of breath.

At over an hour long, it will be a cumbersome banquet for new listeners to digest, yet one that this writer recommends to brace yourself for and then tuck in. Still without the corporate juggernaut to elevate it beyond its potential, there remains little possibility of major commercial success, yet one senses the band have submitted to that notion and portray a desire to retain an unsodomised identity. I have not had the pleasure of witnessing a live set but I sense the amalgam of this and Minus would be something to witness. A rayonnantesque beauty that demands an investment of your time please dear listeners.