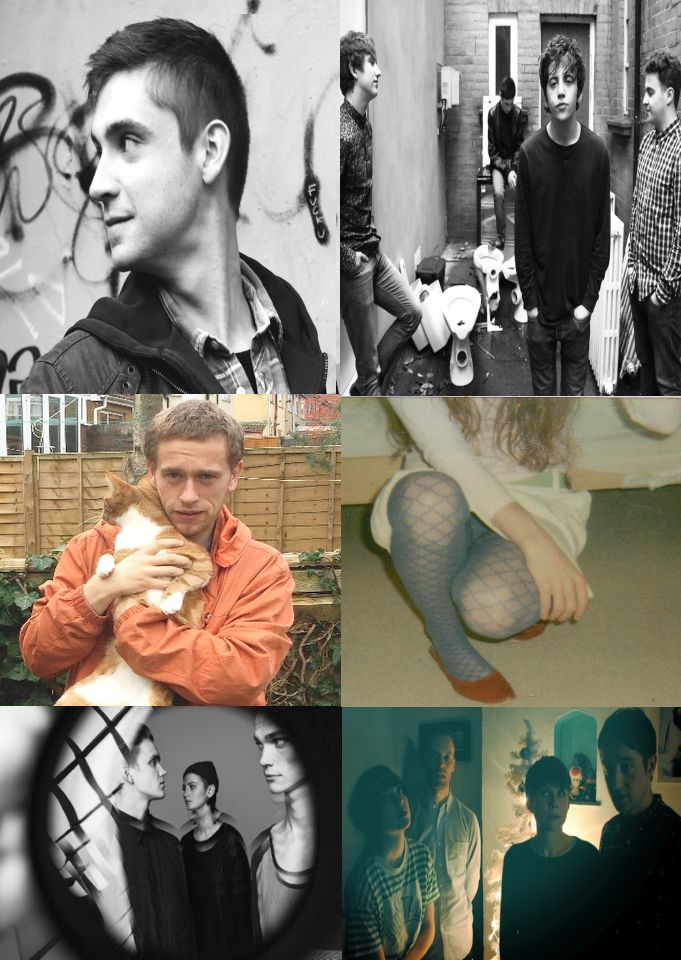 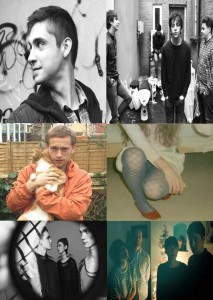 As we deliver our second round of gems from the underground and over ground of new musical endeavour, GIITTV looks further and wider across the UK and EU. Uncovering more emerging acts that we hope and back to produce great sounds in 2015. Stand by!

First up Michael James Hall uncovers a rocking new band with all the hallmarks of their Valleys roots: 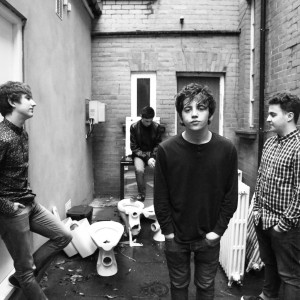 PRETTY VICIOUS Emerging from one of the most naturally beautiful yet impoverished areas of the UK, Merthyr Tydfil in South Wales, Pretty Vicious are a band of 16/17 year olds with a strong idea of iconography (check out their Pistols/Manics-like t-shirt designs http://prettyvicious.bigcartel.com/) and at least one absolute stormer of a rock song in the bag.

They’ve drawn nationwide plaudits for their solitary release to date ‘Cave Song’ https://soundcloud.com/prettyviciousuk which combines Libertines-like squalls of guitar with half sung, half screamed vocals that are as torn with anger and anguish as they are melodic and memorable.

Having played just two gigs to date (at Merthyr’s stunning Red House venue) to crowds made up of “industry professionals” (cunts from London) and real hometown fans they’ve already been picked up as a name of note by the likes of DJ Huw Stephens and, perhaps most relevantly, Manic Street Preachers‘ Nicky Wire who recently praised them in Q Magazine. Writing songs about defiance and escape and with an attitude that matches their music, these are a teenage 4-piece with a point to prove, hearts to break and anthems with which to fill arenas. We’ll have an interview with the band in the coming weeks.

Next, GIITV editor picks out a Bristol songwriter Trust Fund for special attention: 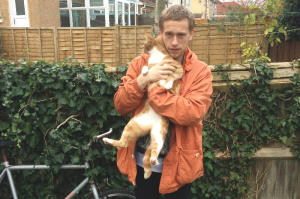 Bristol musician Trust Fund (centred on Ellis Jones and featuring a rotating line-up of friends) recently finished supporting Los Campesinos! on four dates around the UK. To coincide with this he released ‘Cut Me Out’ to the public (more immediate than some of his earlier more lo-fi work) it’s an ace bedroom fuzz pop tune that’s anxious jangle, trembling cymbals and kick drum twitch, convulses abrasively like an early Pixies or Husker Du classic, stripped to the bone.

Teetering on the precipice of this schizo-punky-rhythm with its multiple chorus false starts and fizzing riffs, is Ellis Jones’s tortured falsetto that’s part Daniel Johnston part Sparklehorse serrating its way through scattergun apologies for past mistakes and the fear of rejection: “im sorry if i accidentally implied/ im sorry if i explicitly promised/ im sorry if i definitely deliberately lied/ for every night for 18 months of your life/ i dont know why i did that” Its deliriously addictive.

Trust Fund has taken a step from small cassette runs on bedroom labels to sign to much-esteemed label Turnstile for the release of his debut album the gloriously varied lo-fi songwriting of ‘No One’s Coming For Us’ out 9th February. It veers between early Nirvana and Pixies power pop, to introspective strums redolent of The Moldy Peaches and Daniel Johnson.

Nick Roseblade has been keeping his ear to the ground and picked out a Brighton band with much potential. 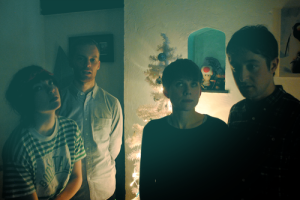 Brighton four piece The Hundredth Anniversary look set to make 2015 a year to remember. After releasing a slew of EPs and singles through Tiny Lights and Oddbox Records, they have drawn a line under these recordings and now are pushing not only themselves, but the shimmering indie genre too. The fruits of these labours have not been released yet, however I have been luckily enough to hear a demo, and to say I got excited would be an understatement. If they continue to write songs in this vein, then 2015 will yield more quality releases from this Southern quartet.

Our girl in Scotland Toni-Spencer picks out one of her Ones to watch in the next year: 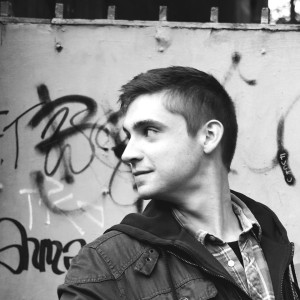 Glasgow’s Christopher Duncan, going by the name C Duncan, is a master of emotive, atmospheric soundscape genius. His label – Fat Cat Records – describe C Duncan’s sound as romantic, chilled and melancholic, with an occasional helping of happy and sad. And I’m inclined to agree. Not only does he create stunning music but, word has it, he’s also a visual artist. Christopher Duncan has talent by the truckload and his album is due for release this year.

Lastly, for this part anyway, GIITTV Editor Bill Cummings has been trawling for aural treasure amongst his inbox and believes he has unearthed two acts set to transfix in two thousand and fifteen. 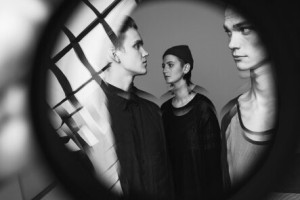 Iceland’s vast natural environment gifts us our latest musical nod, fledging Icelandic trio Vök’s evocative sound see’s guitar, synths, pulsing beats and brass entwine and gloriously pierced by wondrous vocal excursions. Redolent of the clued up early electro pop of Everything but the Girl , and the minimal pop sphere’s of the xx the release of Tension, their debut EP in November caused rumblings that led to their booking at Icelandic Airways festival where they performed an intimate cover of Jai Paul’s “Btstu” which you can watch here:

Their standout moment thus far though is ‘Before’, a beguiling enveloping song that’s elegant rhythm rolls over shadowy hills powered by a drum machine beat, intricate guitars, and off base sax and decorated by Margrét Rán’s exquisite questioning sad eye’d vocals. Building toward a crescendo of hypnotic refrains and baselines that craft a full on memorable pop tune to entice and beguile, somehow managing the trick of being redolent of both the electro pop of the Knife and the emotiveness of Daughter. 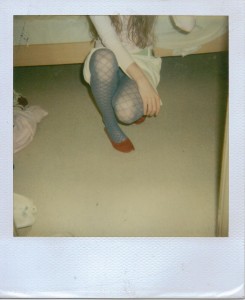 KATHRYN JOSEPH Glasgow’s Kathryn Joseph will certainly be a new name to you, billed as one of Scotland’s best-kept secrets, the cat we suspect is well and truly out of the bag with her new long player. Her album ‘bones you have thrown me and blood i’ve spilled’ released through hits the fan records on the 24th of January is utterly transfixing. Written in a period during which life took Kathryn between northern bothies, east coast beaches, the forth bridges and ultimately the east end of Glasgow where she recorded the album predominantly live in a week with Marcus Mackay at the diving bell lounge (Frightened Rabbit, Snow Patrol, Sparrow and the Workshop).

Consisting of ten tracks of emotionally raw, meticulously crafted songs replete with naturalistic, gothic and intensely personal imagery, musically comparable to P J Harvey‘s stripped back piano and vocal masterpiece ‘White Chalk’ or grand melodrama of Antony and The Johnsons best works. Whilst, Joseph vocal trembles in a captivating place between the haunting tone of Cat Power and the anguish quirk of Kristin Hersh, but none of these comparisons are sufficient for Joseph is the possessor of a unique tone that cuts through each of these couplets. Take the ghostly hauntings of ‘The Bird’ that’s brittle circular piano motif, is painted by Joseph’s spellbinding expression of hurt through haunted pointed metaphors (“you bring me dead birds/ and then you go”) before turning it into a cry of universal sufferage (“and it sounds like all of our lives”). While the startling ‘blood’ is breathtakingly powerful, her quivering vocals slithering down each punctured piano note, that rises and falls and is enveloped by a cinematic majesty. If you are touched by Kathryn Joseph’s work this year you will fall under her spell.