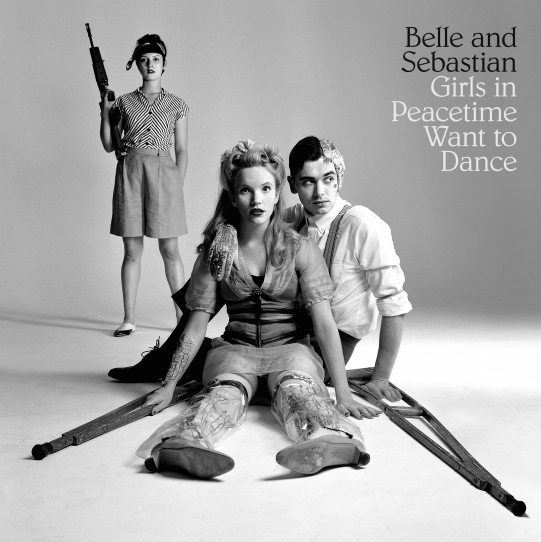 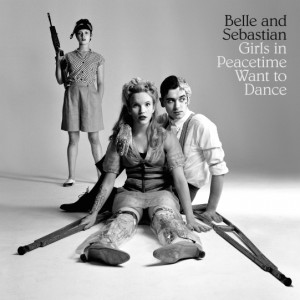 Scottish, twee-indie-poppers Belle and Sebastian return with their strongest album in a decade. The title ‘Girls in Peacetime Want to Dance’ might give you a strong indication on Belle and Sebastian’s intentions with their new album. In the past their album titles were slightly opaque. Tigermilk, If Your Feeling Sinister, The Boy with the Arab Strap, Fold Your Hands Child You Walk like a Peasant and Dear Catastrophe Waitress didn’t really give too much away about the contents, other than they liked longer album titles. I guess if you take your name from an obscure set of French children’s books and TV serial then, all this is forgiven.

Opening with classic sounding Belle and Seb, ‘Nobody’s Empire’ could easily have come from the sessions of Arab Stap or Catastrophe Waitress. Elegant instrumentation: piano, guitar and percussion topped off by Stuart Murdoch’s trademark lithe vocals. Allie is another classic sounding track, it’s a jaunty bouncy track. Track three however is where we start to go into uncharted waters, The Party Line is a stompy indie-disco number of great quality. Apparently this change in direction was aided by producer Ben H Allen III. Allen made his name producing quality albums for the likes of Cut Copy, Animal Collective and Bombay Bicycle Club.Later on Enter Sylvia Path pushes this indie-disco sound further, while Play for Today starts off with massive 80’s keyboards and an Afro-Beat, the dancier elements growing stronger as the track progresses until, weirdly, it starts to resemble Dario G’s club hit Sunchyme.

Murdoch’s song writing is as strong as ever: each track is chocked full of laments, pathos, heartbreak, comedy and excellent word play, so lyrically this is business as usual. But what is so commendable about ‘Girls In Peacetime..’ is that after 9 albums Belle and Seb have decided to try something different, but without losing what made their trademark sound so endearing. Yes when the dancier tracks start it takes you aback, but once they’ve finished you realise that the lyrics weren’t sacrificed for the sake of a 4/4 disco beat.

The only problem with this album is that whilst half of the record sounds like an Erasure and Friendly Fires hybrid, the other half is classic Belle and Seb. This contrast in the music makes for at times a disjointed listen, however lyrically it’s business as usual. You get the impression that the band had fun making this album, as it’s one of their most upbeat. While this is the strongest album they have released in over a decade, it might alienate the original fan base too. Who’d have thought that Belle and Seb could potentially alienate the already alienated, eh?