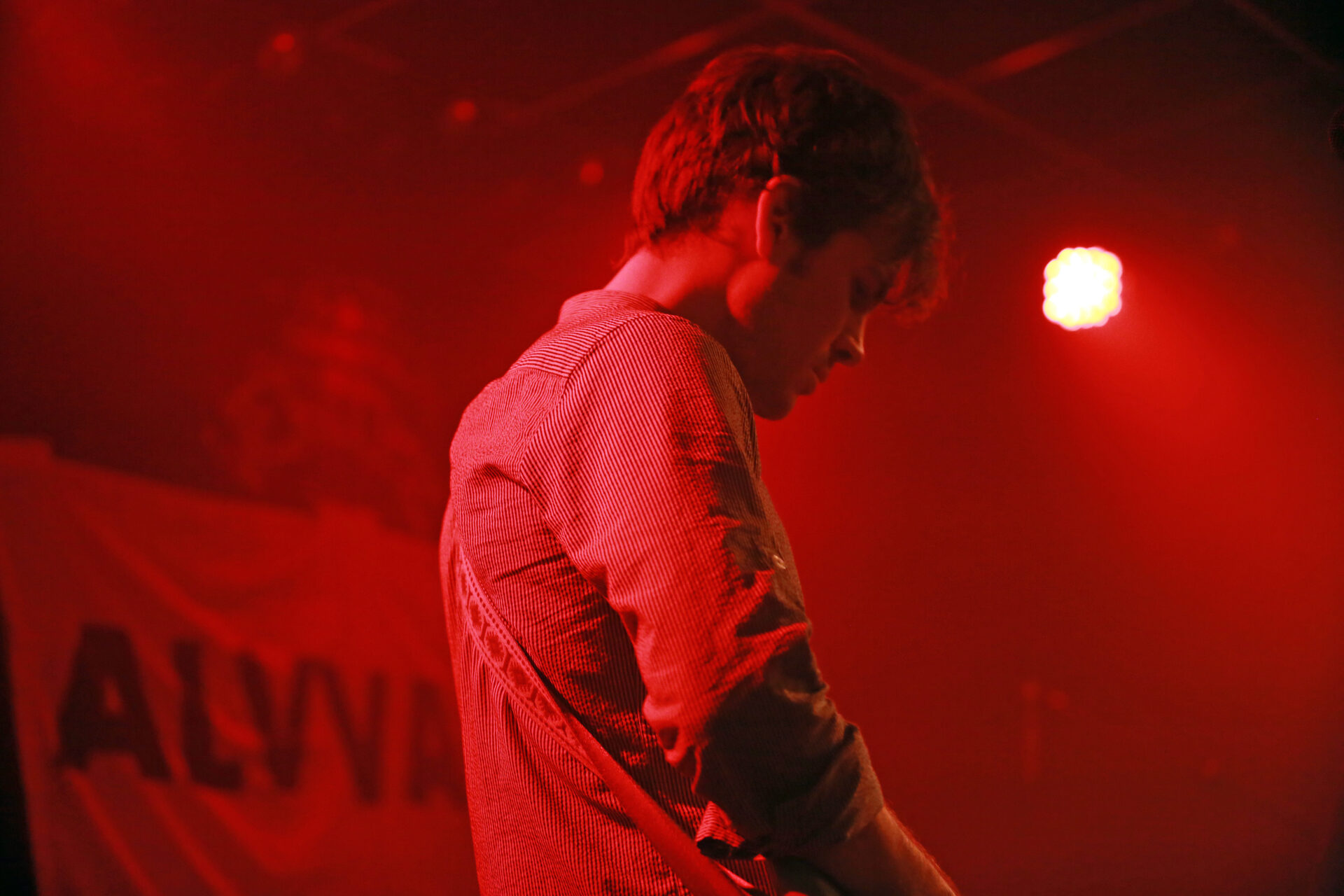 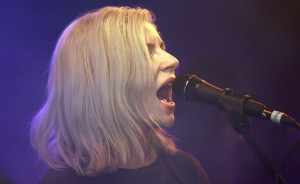 Less than three months ago Alvvays appeared at the Brudenell supporting New Jersey’s blissed-out indie-rockers Real Estate. Tonight the ‘house full’ signs are once more up outside the venue, only this time it is the Toronto-based quintet who are the headliners. Their time has come very quickly, achieved on the back of their sparkling, self-titled debut album. Released last year to universal acclaim, the record marries bristling guitar pop with lyrical themes of love, loss and yearning. Like The Smiths before them, theirs is a triumphant union that keeps its spirited head well above the waterline of self-pity.

Alvvays the album is performed here in its entirety. Removed from the confines of the studio, its nine songs are injected with far greater muscle and meaning. What once 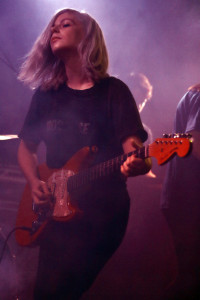 were jangling pop vignettes are now realised as expansive sonic details splashed with colour, attitude and a certain garage punk sensibility. Last single ‘Next Of Kin’ is a relentless blast of toe-tapping primal energy, whilst the similarly darker undercurrents of ‘Archie, Marry Me’ suddenly become equally apparent when transported into the live setting.

Fifty minutes does not seem nearly long enough in which to properly bask in the warm, energetic propulsion of the Alvvays live experience. It is over far too quickly. But in those fifty wonderful minutes you can still get chance to hear the whole of their album; the frenzied stomp of non-album track ‘Your Type’ (hitherto the closing song of an Alvvays set, but here repositioned as the opener); a rattling good version of Deerhunter’s ‘Nosebleed’ that taps into the unsettling spirit of Bradford Cox’s original; and still have sufficient time left over to enjoy a couple of richly deserved encores courtesy of another cover – The Primitives’ ‘Out Of Reach’ – and new song ‘Haircut’.