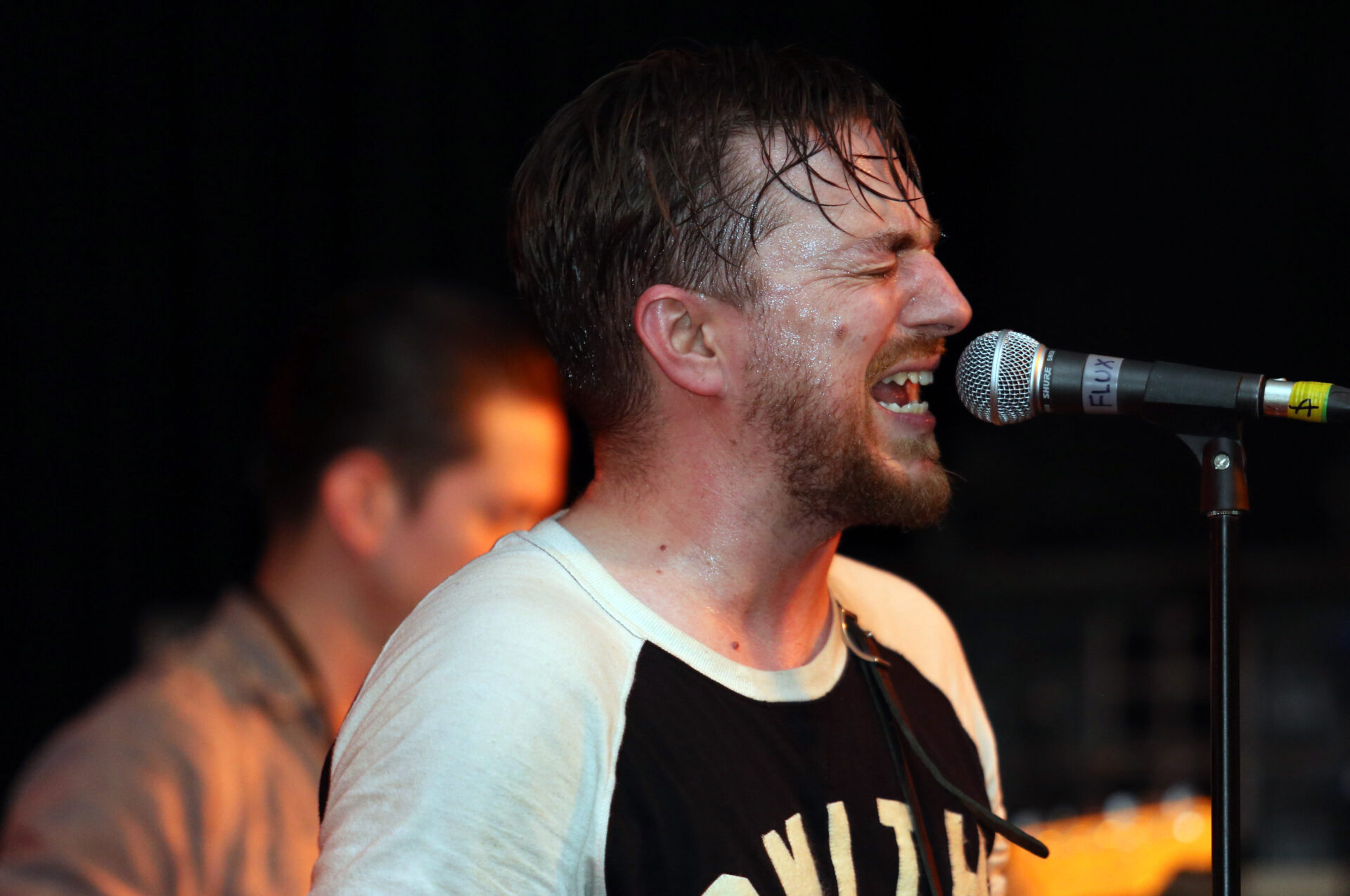 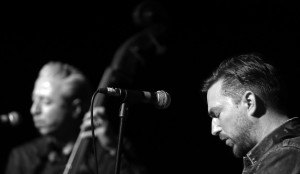 It is two years, almost to the day, since JD McPherson last played Leeds. He sold out the Brudenell Social Club back then and again tonight there are no tickets to be had on the door. The fact that the Leeds Irish Centre has more than twice the capacity of the Brudenell, though, affirms just how much his star is now in the ascendency.

Last time JD McPherson was in West Yorkshire, his debut album Signs and Signifiers – originally released in 2010 – had finally started to garner the much wider attention it so richly deserved. This time around, though, McPherson is getting his promotional work done in advance as its eagerly awaited follow-up Let The Good Times Roll is not set to drop for another couple of weeks yet.

The starting point for both of these records is the rhythm and blues and rock’n’roll of the 1950s. Whilst McPherson would not even be born for another couple of decades, his principal musical reference points are all located in that time period. Little Richard, Fats Domino and Buddy Holly remain his indelible heroes but you are just as likely to find Led Zeppelin, The Cramps, Black Keys and the more contemporary country boogie of Big Sandy & His Fly-Rite Boys in the record collection of the man from Broken Arrow, Oklahoma.

And with the help of his stellar band – Jimmy Sutton on upright bass, Doug Corcoran on tenor sax, keyboardist Ray Jacildo and drummer Jason Smay – the five men mesh all of these styles and influences into a dangerous mix of RnB, rockabilly, blues and good old fashioned rock’n’roll.

The band hit the ground running with a febrile blast of ‘Abigail Blue’ and for the next seventy five glorious minutes they criss-cross their way between the two albums, 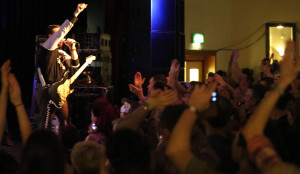 holding the spirits of Jackie Wilson, Eddie Cochrane and Bo Diddley proudly aloft as they do so. The strong influence of Wilson can be heard on ‘I Can’t Explain’ as McPherson replicates the impeccable phrasing of a man who did so much to transport black music from RnB through to soul in the 60s. The opening bars of Cochrane’s ‘Summertime Blues’ provide the perfect intro to the resounding title track from McPherson’s new album and the famous clave rhythm of the Bo Diddley beat can be heard to maximum effect on an elongated ‘Wolf Teeth’ that closes out his set.

To his own material JD McPherson adds three stunning covers. His interpretations of both Billy Boy Arnold’s ‘I Wish You Would’ – taken from last year’s The Warm Covers EP – and The Bellfuries’ ‘Your Love (All That I Am Missing)’ are sublime, yet it is the reading of The Beatles’ ‘This Boy’ that really takes the breath away. Here he is joined for his second encore by the night’s support act, The Cactus Blossoms – the Minneapolis siblings Jack Torrey and Page Burkum – whose phenomenal two part harmonies bring to mind The Everly Brothers at their very best.

The music of JD McPherson is undoubtedly immersed in an illustrious past, something that he approaches carefully and with both dignity and respect. Yet for all that it does generate warm feelings of nostalgia, when you experience his music both on record and, as we do here, in performance it is undoubtedly to live it in the moment. It is music that is still very much alive and JD McPherson is the current keeper of that flame.

Let The Good Times Roll by JD McPherson will be released on 10th February 2015 through Rounder Records. It can be pre-ordered here