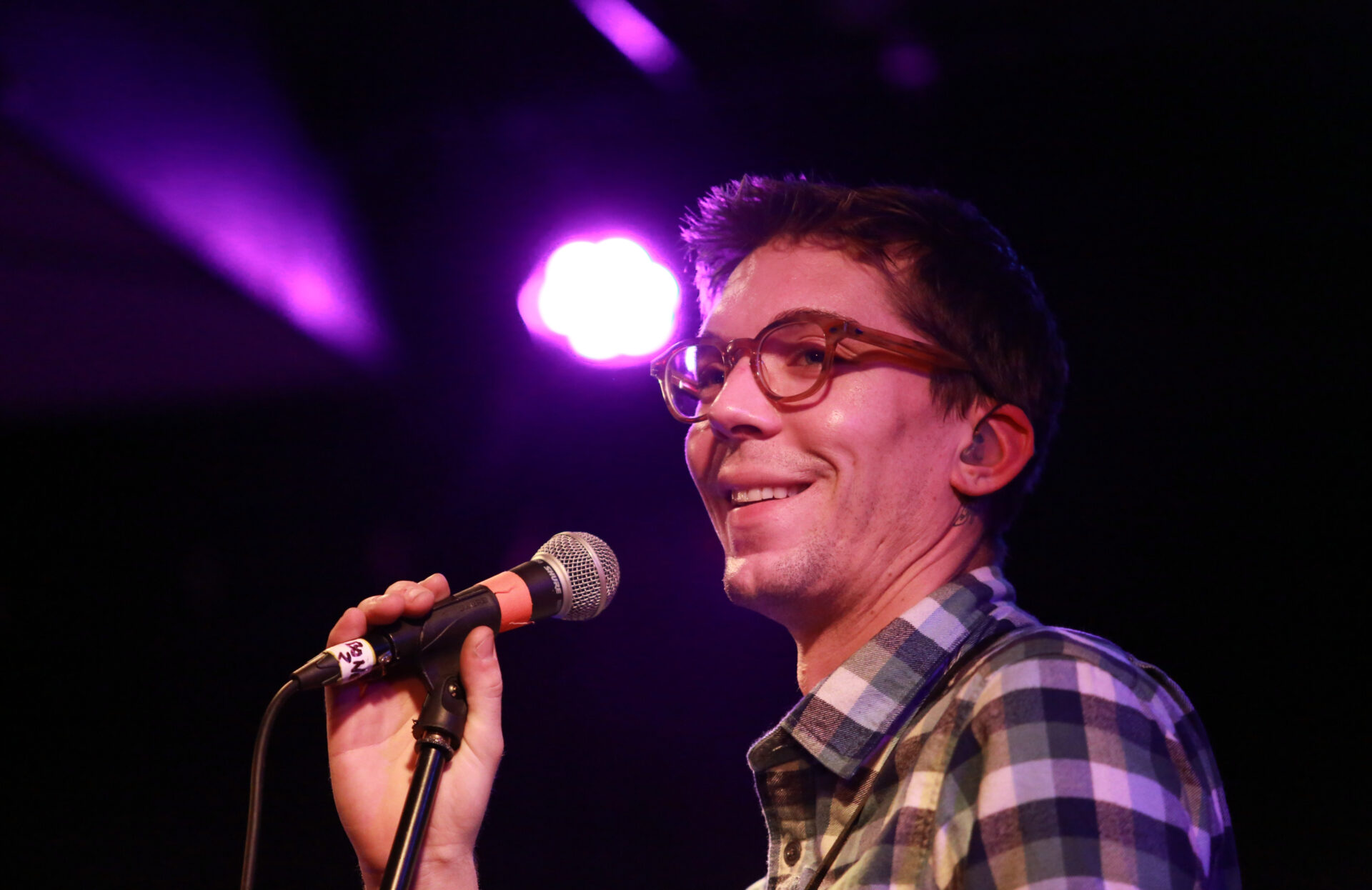 Family is a word that features heavily in Justin Townes Earle’s thoughts, his feelings and his music. His last two albums – Single Mothers and Absent Fathers, drawn from the same recording sessions yet released some four months apart – reflect upon his experiences of parentage, broken relationships and the heartache that such abandonment and failure can bring.

Or do they? He tells us this evening that some people believe his songs to be entirely autobiographical, yet then asserts in his typically self-deprecating manner that he really isn’t that interesting. But wherever the truth for his inspiration may lie, what is never in doubt is the authenticity of his voice as he sings his wracked country blues straight from the heart.

Justin Townes Earle opens this evening with ‘Burning Pictures’, the closing track from Single Mothers and ends some fifteen songs and eighty totally absorbing minutes later with the title track from his 2010 album Harlem River Blues. The journey that he takes us on is compelling.  He transports us from Nashville, Tennessee to New York City and then all the way back again, using selected signposts from all of his albums bar his debut as his road map. From his second full-length release The Good Life (with the destructive self-awareness of ‘Ain’t Glad I’m Leaving’) to the yearning sorrow of ‘Call Ya Momma’ from Absent Fathers (which, interestingly, is the only song he plays from his latest release), Earle paints a vivid picture of a man who may have known tremendous emotional anguish but who has somehow busted right on through to the other side of life with great emotional resilience and undiminished humour.

A quartet of songs aside where he performs solo, Justin Townes Earle is accompanied tonight by the former founding member of Lambchop and current Calexico steel guitar and pedal steel player Paul Niehaus. On ‘Ain’t Waitin’’, Niehaus – who also contributes to Earle’s last two albums – adds the most delicious of bottleneck slide. Two songs later he is sat behind his beautiful Sho-Bud pedal steel guitar for the very first time this evening to bring the most eloquently gorgeous lines to ‘White Gardenias’ that you could possibly care to imagine. Billie Holiday, in whose memory the song was written, would most surely have approved.

Earle and Niehaus return for two encores, the first of which is a really quite incredible reading of Fleetwood Mac’s ‘Dreams’. Their interpretation of Stevie Nicks’ most famous song reflects the recent trajectory of Earle’s life as it captures all of the poignancy of the original whilst somehow relocating it beyond its inherent loneliness and into a much better place.

Mention should also be made of opening act Andrew Combs. A fellow Nashvillian singer-songwriter, Combs deals in similar currencies to Earle; those feelings of longing and regret that are shot through with a glimmer of hope. Performing a clutch of songs from his upcoming second album All These Dreams – of which ‘Foolin’’ and ‘Pearl’ stand out – and a brand new song ‘Silk Flowers’, Combs impresses as a man who can channel the influences of Bobby Bare, Townes Van Zandt and Guy Clark into his own distinctive voice.

We may only be a few days into February but this evening’s show, part of a joint collaboration between two of the North’s top independent gig promoters – Hey! Manchester and the York-based Please Please You – is already promising to be one of the gigs of the year.