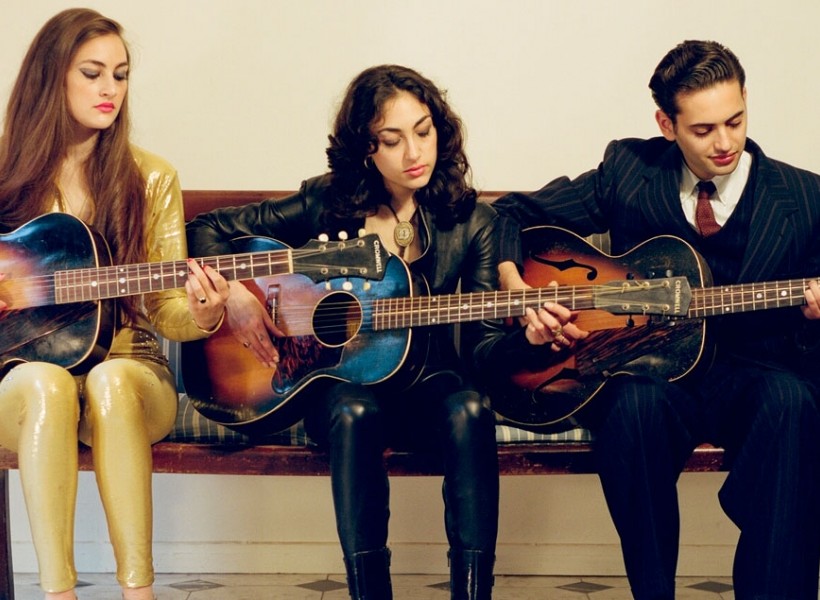 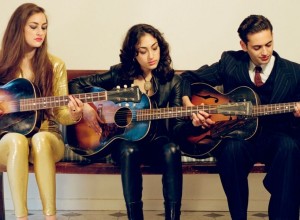 Camden siblings Kitty Daisy and Lewis pull out the stops for home coming show. The Electric Ballroom was full, the crowd was as eclectic as you might expect for a Kitty Daisy and Lewis gig. There were retros, indie boys with their indie Cindys, punks, after work giggers and general Camden heads. Despite the spitting rain and cold temperatures the crowds were in high spirits and everyone was up for what was set to be a great night of music.

First up were The Dash, this energetic London quartet showcased their ability to successfully mix the spirit of punk, with indie pop hooks. At first they sounded like asinine Green Day B-Sides from 1996, shouty verses with catchy choruses, but not much substance. As their set progressed however the punk element was toned down and a more melodic indie side emerged, sounding rather like Razorlight and Johnny Cooke’s Dogs, weirdly both use the lyric “a month of Mondays” in their songs. As soon as the set had calmed down a bit, Dash ramped things up again for their final track, ‘Fell in Love (With the Back of My Hand)’ an ode to onanism. The Dash are a great live band and their music is fun, but at times it feels slightly dated punk by numbers, but great to watch while you’re enjoying a couple of beers.

After a brief interval, during which the in house DJ played some great ska, calypso and rock steady, Kitty Daisy and Lewis took to the stage. As this was a home coming gig, of sorts, they were clearly on form. From the opening bars of ‘Whenever You See Me’ , Kitty Daisy and Lewis had the crowd captivated. As well as being joined by their Mum on bass, there was a string section, this gave the tracks a more grandiose feel. When they launched into ‘Baby Bye Bye’, the crowd hollered and joined in with the chorus. For ‘Feeling of Wonder’ they were joined on stage by Mick Jones, his appearance was meant to be a surprise, but he walked on before they could introduce him, as on their album, this collaboration really brought the track together as he delivered a flawless solo, which the crowd lapped up.

‘Whiskey’ was another crowd favourite, again the live string section really helped add the emotion and brevity to the piece.

The majority of the set was from their latest album The Third, in fact the only track not on the album was the penultimate track ‘Going Up the Country,’ the crowd went crazy for it. ‘Developer’s Disease’ was the most poignant track of the set, it’s about how London is being sold to property developers and it’s slow losing its charm. This hit home for Camden residents as the Bull and Gate was closed down in 2013, and Kitty Daisy and Lewis played one of the last ever shows there, this is clearly an issue that is strong with the siblings Durham. After the set, and after a brief break, Kitty Daisy and Lewis returned and played ‘What Quid’ as an encore, during the track they introduced each of the different members of their band and each Durham played an extended instrumental section. It was a fitting way to close an excellent gig.

What the night showed is that on their day Kitty Daisy and Lewis are one of the best bands currently on the circuit. This is the third time I have seen them and I know it won’t be the last. I implore you to go and see them if, and when, they play in your town!