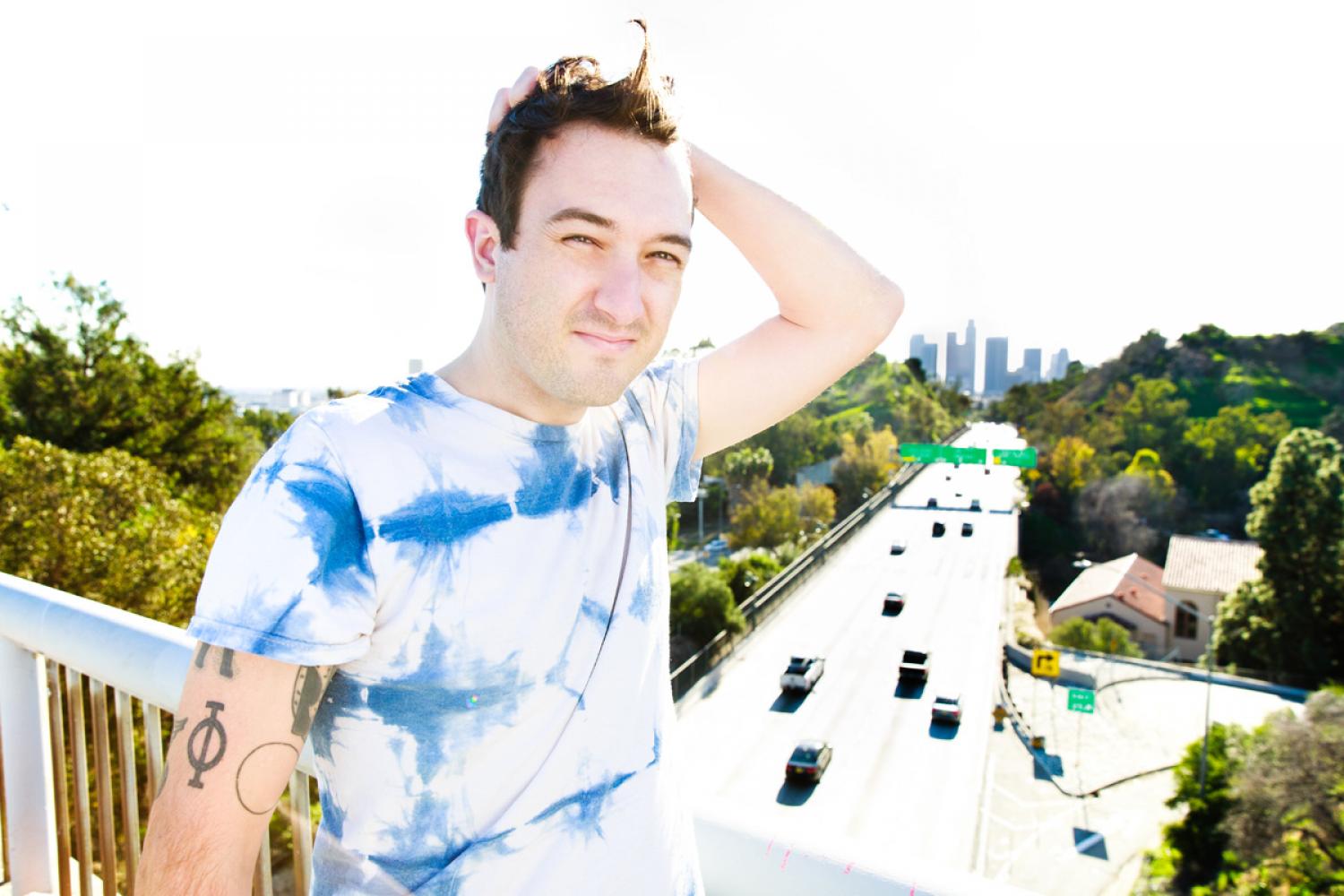 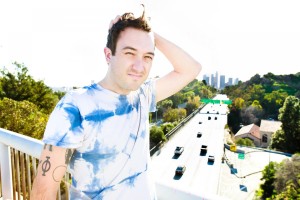 The formidable Mikal Cronin returns with his third solo album in May this year, a colossal blend of bristly pop tunes, crunching guitars and soul-searching lyrics that it’s impossible not to be seduced by. I caught up with the sunny Californian during a promotional visit to the UK’s capital.

‘MCIII‘ is a HUGE sounding record…

“Thanks, yeah that was a conscious effort when I was writing and arranging the songs…”

…and playing practically all the instruments, it seems. Show off.

“Ha ha, I did all the basic stuff, yeah, except for the horns and the strings, which we got a really great professional quartet in for. It’s just kind of how I’ve always done things. It’s fun to pick up new instruments and teach myself to play them. I’m not the best at these instruments, not even the guitar…ESPECIALLY not the guitar, in fact: but playing them myself is the quickest way to get my ideas from my brain to tape.”

I noticed there was a song called ‘Control‘ on the second half of the album, where you sing “God I need some control” and I wondered…

“(laughs) Yeah I have a hard time giving up musical control! It’s a whole different process doing my solo work though – I can keep things close to my chest and I like that. It’s different when I have my friends around me, you know, people like Ty Segall who make music all of the time and that’s such a big push to get my own thing done.”

Tim Wheeler released an album last year which was, in essence, a bunch of thoughts he’d put into songs about caring for his father, who had Alzheimer’s Disease for two years before passing away. He said the songs were written as a kind of ‘self therapy’. Looking at several of YOUR lyrics…

You talk to yourself a lot in your songs, don’t you?

“Yeah, but I’m not proposing to find any answers. I ask myself questions in my songs and try to see both sides at the same time. It’ll be interesting to revisit these songs in a few years time, because they were very personal at the time of writing. I don’t keep a diary or a journal, so these songs will act as one. I might cringe when I look back at them, but hopefully I’ve made them universal enough that everyone can relate to them.”

The second half of ‘III‘ appears to listed as a song suite, like a concept album. I’m guessing there’s a connection?

“It’s certainly got a through line, as I’ve always been interested in concept albums, but I didn’t want to make it fantastical or fiction, so I went back to a period of my life when there were a lot of things happening. It’s a coming of age story from when I was about 19, 20 – around ten years ago anyway, when I realised I was at a turning point in my life. You know, things seemed difficult at the time, but when you look back on them, you realise the significance of the moment.”

Is it difficult to decide what stays and what goes when you’re creating something like that? How much importance do you place upon whether it will appeal to a target audience, as opposed to how much you like it yourself?

“I don’t filter much at all. If I like it and I feel like it needs to be on the record, then it will be. I’m lucky though – I don’t have lots of people interfering and telling me I ‘need a single’ or anything like that. Obviously I WANT my audience to like it, but what’s most important is that it works for me, and if I’ve been able to expand on what I’m doing and take some risks along the way, then I’m happy.”

You achieved a Bachelor of Fine Arts in music. I remember the old punk band The Nosebleeds (featuring the inimitable Vini Reilly) released the single ‘Ain’t Bin To No Music School’ as a retort to Sad Cafe, after the latter band had them thrown off their tour for ‘not being able to play their instruments properly’. Have you encountered any inverted snobbery or adverse reaction because of the BFA?

“No, but I am aware that a lot of people are against studying music as they think you somehow ‘lose the magic’ by doing so. I don’t agree with that way of thinking – I got a lot out of studying music. If you take that education and use it to think about music in different cultures and styles, it can really enhance your appreciation of it, you know. It gave me an insight into different musical styles and I learnt to appreciate them more. You mentioned The Ramones before (NB – I did, but off record) and they’re a band I didn’t really get until I studied classically. When you start to learn about why simple predictable chord changes ARE predictable, and why they’re effective, it really does make you appreciate those bands more. I was playing in a hardcore punk band with a drum machine at that time, by the way, and 90% of the people I play with have never read music in their life. So the bottom line is, it doesn’t matter.”

I guess not. You’re doing pretty well with it anyway, and you’ve achieved a certain level of fame already, or perhaps infamy, but how famous would you actually like to get? Because when I was younger, I desperately wanted to be famous, but the older I got, and the more documentaries I watched – for example Martin Scorsese’s ‘The Last Waltz’ – the trappings of fame seem a truly scary place to be…

“Luckily, I don’t think I’m ever likely to become that famous. To be even a little bit famous seems pretty terrifying, with people coming up to you every time you walked down the street. I don’t think I’d feel comfortable with that at all! I’m quite happy with the place I’m in right now!”

“Oh I’m interested in a LOT of things. I mean, first and foremost, I hope people will want to hear what I put out for a long time to come, so I’ll be focusing on music for a while yet, but I’d love to score a film, I’d love to write a musical…”

A musical? I can’t exactly imagine you writing ‘Grease’…

“Ha ha, well I have to keep an open mind! As long as I stay open-minded and excited about things, and especially about music, I’ll keep pushing myself. When I get to a point that music doesn’t interest me anymore, I’ll stop. I hope that day is a long way off though.”

One final question – how on EARTH do you follow ‘MCIII‘?

“Quite honestly, I have no idea!”

Oh well. At least you didn’t just say ‘With MCIV’…

“(laughs) Yeah, well, it IS gonna be ‘IV’ but whether I’ll call it that, and whether I do it in a different style completely, only time will tell. That’s why it’s good to release stuff under your own name – because you’re solely responsible for it and there’s no hiding!”

and indeed, who would WANT to hide from it? For ‘MCIII‘ is a wondrous thing, oozing summer from its pores like there’s no tomorrow. To quote the great man himself, ‘Am I wrong? I don’t think so’.

MCIII is released on May 3rd through Merge Records.