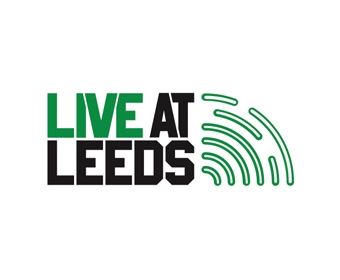 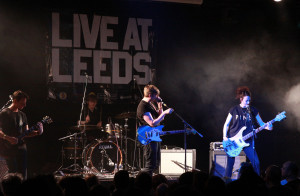 Live at Leeds – one of our 10 Best Metropolitan Festivals – promises an incredible 200 bands performing across 20 venues in the West Yorkshire city. For those who maybe totally overwhelmed by this amount of choice, God Is In The TV team has put together a playlist of our favourite artists on the bill. Enjoy!

Brawlers – ‘Drink and Dial’
Already garnering a fearsome reputation as one of the best live bands in Britain, these four hometown guys will have a chance prove at Live at Leeds that everything being written about them is absolutely true.  If current single ‘Drink and Dial’ is their yardstick, expect plenty of punk, pyrotechnics and a huge figurative punch to your solar plexus.

Bully – ‘Milkman’
This alternative grunge-pop four piece from Nashville is set for a big twelve months. Last year’s debut self-titled EP included songs like ‘Milkman’ that gave a glimpse of their addictive sound. Led by front lady Alicia’s unstoppable fem vox that brims with attitude and sneer, their riffage and percussive bursts are visceral to say the least.

C-Duncan – ‘Here to there’
Glasgow is practically jam-packed with talent right now and this classically trained composer and visual artist is definitely one who’s worth keeping a keen eye on.  He creates the most stunning sounds with glorious vocals and he is not one to be pigeon-holed.

Hookworms – ‘Off Screen’
With a second album that rode high in 2014 end-of-year lists and about to embark on their inaugural US tour, these Leeds’ legends may well be standing on the edge of the big time with their squalling howl of psychedelia, drone and untrammelled noise.

Hooton Tennis Club – ‘Jasper’
Freshly signed to Heavenly, these precocious youths from Liverpool have been making radio waves and gathering press plaudits with their debut single ‘Jasper’. A slice of slacker garage pop with a hint of shoegaze and a real sound tonic for the lovers of Pavement and Teenage Fanclub.

Joanna Gruesome – ‘Last Year’
As their wonderfully evocative name might suggest, this Welsh five-piece are the complete antithesis of the similarly sounding American harpist. They may well deal in the primal elements of noise and nihilism but still have a good ear for a cracking pop melody. Have a listen to ‘Last Year’ – a taster track from their forthcoming album Peanut Butter – and see if this much rings true.

Lonelady – ‘Bunkerpop’
Electronic explorer signed to the suitably adventurous label (Warp), Julie Campbell’s recent Manchester-infused album Hinterland has received just recognition across the spectrum of tastemaker press. It is a rare combination of musical expertise, creative experimentation and technical mastery that stands her apart from the (mostly) indie line up of Live at Leeds.

Marsicans – ‘Gone In A Second’
This Leeds four-piece have a fun, bold and bright indie-pop sound that’s not too dissimilar to Arctic Monkeys – but without that Arrogant Miserable Sod vibe – as well as a healthy dose of Catfish and the Bottlemen about them.  If summer 2015 could make a sound, it would probably sound a lot like them.

To celebrate one of our favourite festivals, we’ve teamed up with Live at Leeds to offer you a chance to win a pair of weekend tickets. To enter all you have to do is follow us on Twitter or like us on Facebook. Then, retweet the competition tweets or share our Facebook competition posts. If you have already followed or liked, simply retweet or share and you will be in with a chance.