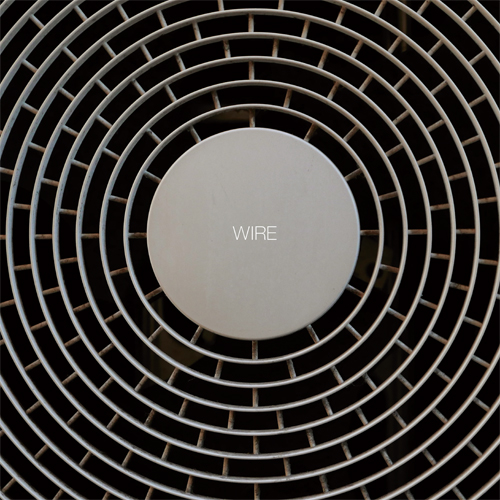 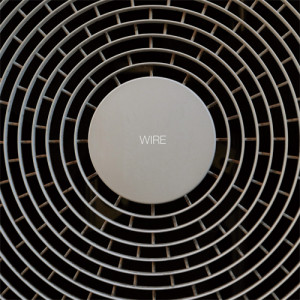 My first encounter with Wire was hearing ‘Kidney Bingos’ on the John Peel show back in 1987, and subsequently getting hold of their two mid-80s Mute albums, The Ideal Copy and  A Bell is a Cup Until it is Struck. It wasn’t until a few years later that I discovered they had another, better known (not to me) past as one of the more interesting, cerebral punk bands of the late 1970s. So whilst most people have always associated the band with the likes of ‘Three Girl Rumba’ or ‘Outdoor Miner’, for me Wire have always been about the charming jangle pop of ‘Silk Skin Paws’, the New Order-aping ‘Ahead’, or the relentless Krautrock of ‘Drill’.

Therefore their new album, the disappointingly-named WIRE (side note to bands: either you do this on your first album or you don’t do it at all), is right up my autobahn. Where 2011’s Red Barked Tree was the sound of three grumpy old men, and 2013’s Change Becomes Us a reinvigorated return to the spunky post-punk of their late 70s work, WIRE is the first Wire album to return to the more lush mid-80s sound that first captivated me 28 years ago and just might be their best album ever.

Certainly the opening four songs leave you in no doubt that this is a band at the very height of their powers. ‘Blogging’ is standard late-period Wire with its motorik beat and typically cryptic lyrics, but then ‘Shifting’, er, shifts the mood into more wistful territory – it’s classic Mute-era Wire with an unusually personal chorus (“Gave you one more chance/Now it’s over, I can see it in your eyes”). ‘Burning Bridges’ is similarly melodic and heartfelt, and you don’t expect opening lines like “The sun was going down/Shadows lengthened on the ground/Snow fell silently and deep/Blanketing the empty streets/In a fragile way, couldn’t face another day/In need of love & care” on a Wire record. Best of all is ‘In Manchester’, with its driving Krautrock rhythm, liquid, Marr-esque guitars and enigmatic, beautifully written lyrics (if anyone writes a better line than “Barely concealed a Grand Canyonic yawn” in 2015 I can’t wait to hear it).

Elsewhere ‘High’, ‘Joust & Jostle’ and the angry ‘Split Your Ends’ all hark back to the punkier Change Becomes Us, while the 7-minute ‘Sleepwalking’ is Wire at their most obtuse  (“We’re at a tipping point/the arguments may lead to less cohesion/a mere collection of parts”. The album ends with the epic 8-minute ‘Harpooned’, which locks into a slow, monstrous groove while Colin Newman sings of personal crisis (“Set fire to the kitchen, the damage was bad/I sat down by the fountain and went quietly mad/I’m worried I’m worried, there’s cause for concern…”) and guitars drone and clang around him. It’s amazing and must be quite something to hear live.

The first truly great album of 2015 then, and all the more special coming from a band approaching their 40th anniversary.