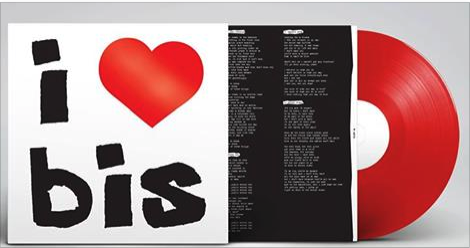 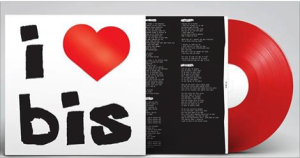 Spread across four sides of wax are an array of hard to find turntable jolts spanning their opening quartet of releases ‘Transmissions on the Teen C Tip’ to ‘Bis vs the DIY Corps’ with this very version. (the same compilation appeared stateside several years ago) Coming bolstered by a previous unreleased 24 minute medley ‘Nation go Yeah!’ that shoehorns a selection of early career four track home recordings, giving insight of the impish creative hub at the bands core. The album appeared on RSD a subject which Sci-Fi Steven comments upon here….

“I’m proud to be part of Record Store Day as I still believe the initial concept revived the ailing music retail sector. I also firmly believe that the records bis have released as part of Record Store Day are in the mould of the original concept – either new unreleased material, hard-to-find back catalogue or deluxe vinyl editions with previously unreleased recordings. What has turned many against RSD is the pointless picture disc editions of songs released a million times that hammer at the hardcore collector’s lust for completion, usually released by one of the big labels stamping their boots all over the day. It should be independent music on independent labels for independent stores, not an overnight endurance test followed by disappointment and harrowing ebay discoveries. All we have done is put together a nice package of our old EP’s plus some unreleased demo’s and pressed as many copies as we think we could sell. That was surely the idea of the day in the first place.”….