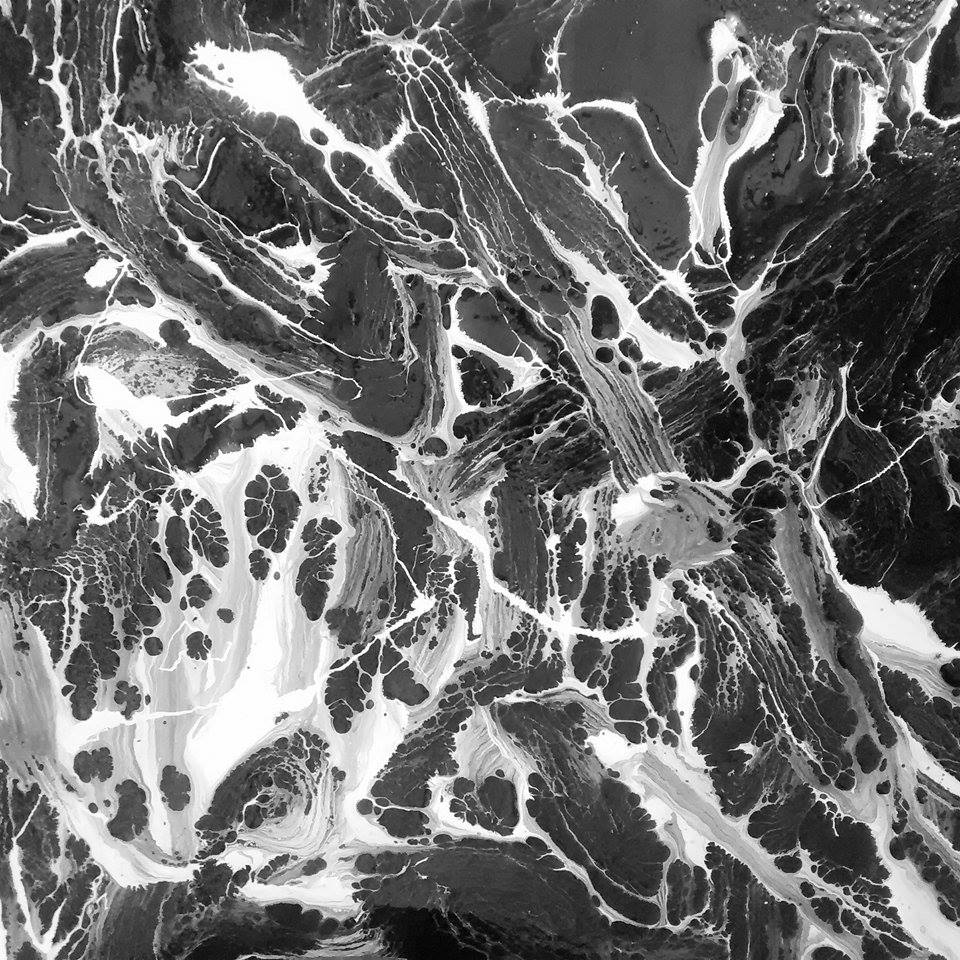 Cardiff ‘post-culture’ band WªLL are out of step with the world. Post-everything harsh and abrasive, these four young (post) punks pose to deconstruct the genre again in 2015 – and truthfully, with emo and pop punk behind us, it’s ripe for deconstruction.  God Is In The TV Zine previously saw them open for established and notorious post-hardcore act Future Of The Left in Cardiff earlier this year, but the 25th of July marks the release of their first EP, titled ‘Object’, at the Abacus art space, in benefit of Cardiff sexual assault crisis support group New Pathways.

With a pedigree of DIY cerebal post-hardcore influences like Fugazi, OFF!, and Savages, WaLL have set themselves a high bar, and matched with their ferocious, confronting energy live and frontman Kieran Welton’s weird promotional hashtags via the band’s twitter @wall_sounds – #postculture, #depressionisoppression, #iamobject, #iamsubject, #object, #object, #object, and the ever present ‘here come the hot chocolate kids’ slogan – give the project an indefinable quality hard to manifest in the studio.  Object has gestated long in recording and production, and to much surprise and still absolutely none at all, has come out perfectly formed and already walking with the blood and caul still in its hair.

The first three tracks follow a logical course: mosh pop ‘Blue’ chugs with clean, metallic emo-core guitars and a small-animal snarl from Welton, spitting and hissing through politically charged lyrics into the grating ‘Get out! Get out! Get out…!’ until his fading voice whispers into the more fragile ‘… please get out…’. ‘Wage’ follows in kind with a squealier social rage, then ‘Butter’ echoes in with a weird atmospheric crackle – a ghost of what’s to come – and then into warping post-hardcore chords and a thudding bassline, Welton’s hysterical screeches meshing with the abrasive guitars only to lapse to his more neutral voice in monologue: a youthful, pleasant thing barely containing the anger spat out the edges of his words like butter in a pan. This song splutters to a close for the cherry on top: a long, ambling track called ‘Surrender’, where Welton’s voice – in its mellow contradictions of cold and inviting, vulnerable and confronting, resistant and rescinding, aristocratic and classless – comes into its own, rolling from gentle, needing poetics to explosive frustration: ‘Won’t you surrender to me!’.  The gallows desire – ‘I’ll take a life, even my own,’ – poses on some abstract, hovering question never quite answered.

It’s a beautiful formal debut, finely assembled, accessible, listenable and danceable while never relinquishing its artistic credibility or post-hardcore roots.  In a music industry that so gleefully craps out poppy, substandard reproductions provided they don’t try to challenge the norms, Object is a special little thing, a small animal, perfect but only a beginning, harmless but ready to question your instinct to squeeze it to death and dig in pins of teeth if it needs to.

Oh, and the band’s members are all no more than eighteen years old.

Something to keep your eye on.

WaLL can be found on their Facebook and Instagram, and ‘Object’ is available for preorder on their Bandcamp, with the track ‘Wage’ previewed for listeners.

‘Object’ is launched this Saturday the 25th of July, 2015, at the Abacus Art Space with support from poetics Deadlines, darksiders Artefact, emo punks Nudes and mopey indie Jacob Nico, with a stall from feminist collective A-Grrrls and all proceeds going to New Pathways.

And as far as this writer goes, the last time I checked band member Will Dickins was fine, despite what bonus tracks might indicate – but this is ahead of time. Possibly he should watch out at the launch.