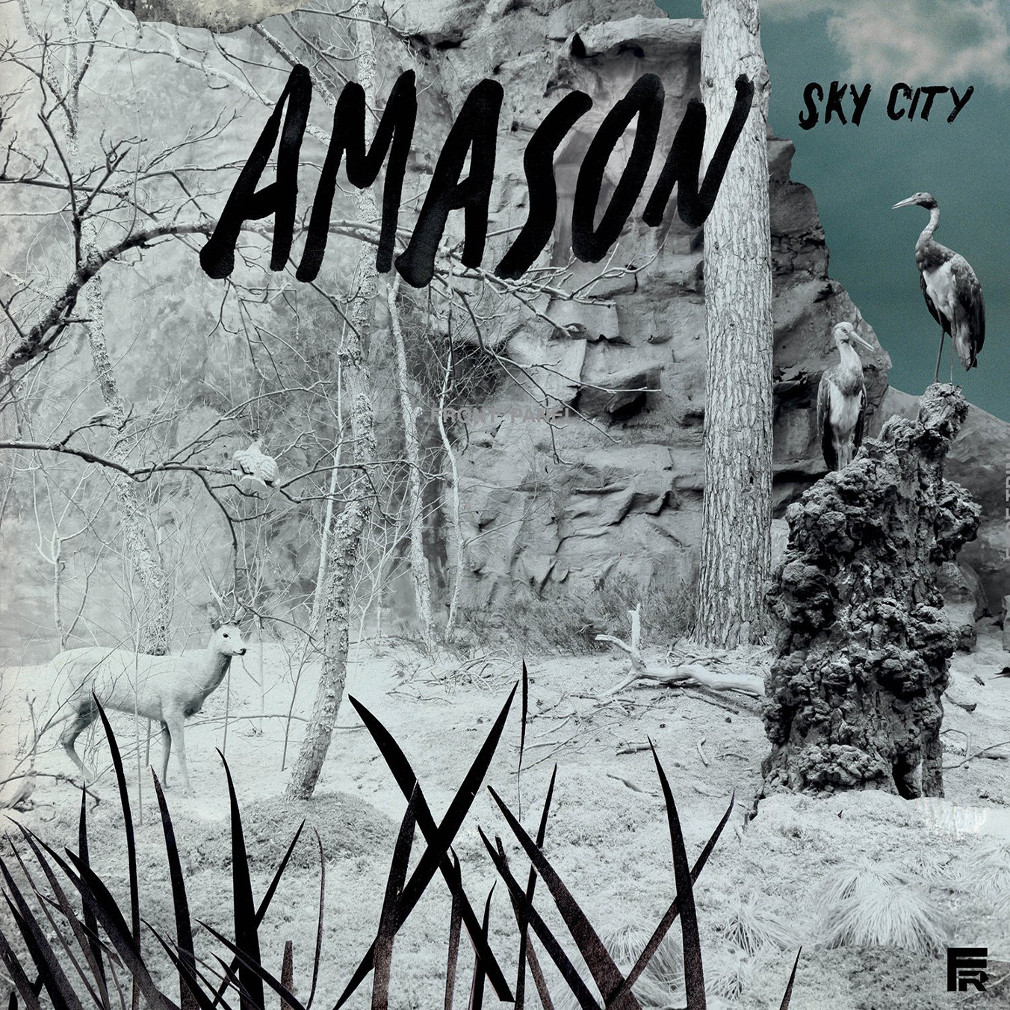 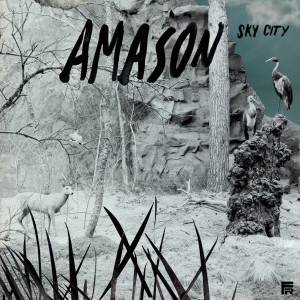 Amason are a Swedish super-group formed from members of Hajen, Dungen and Miike Snow and Sky City is their debut album.

Since coming together in 2012, Amason have been making sophisticated and assured pop music that has already been well-received in their homeland; indeed this debut full length offering got a January release in Sweden and made #12 in the album charts there. Now, it is being given a worldwide release.

Sky City comes straight out of the blocks with its fastest track, the fabulous ‘Algen’ (not to be confused with former single ‘Alen‘), the drums powering the song along with a high BPM, even though the vocal delivery of Amanda Bergman is still nicely relaxed atop the frantic rhythm. It is a winning combination.

‘Duvan‘, which was released as a single last year, is next up and is a lovely contrast with the opener, as it glides through the air in its pleasing synthpop manner, Bergman’s vocals again the star of the show.

I couldn’t quite see the comparisons with Fleetwood Mac that I had previously read about, before I heard third song ‘Kelly’ which certainly sounds like something that might be found on a later FM record, maybe ‘Tango In The Night’.

Amason are named after a 1960s Volvo car model, and there is at times a retro sound about the album, but not in a derivative way; the 70s flourishes blend nicely with a modern production. The album is mainly sung in English, but there are tracks in Swedish too, including the uptempo ‘Blackfish’ and the John Lennon-esque ‘Elefanten’ on which Bergman takes a break from vocal duties, allowing one of her male band-mates (Gustav Ejstes and Pontus Winnberg from Dungen and Miike Snow respectively) to take over the role.

Elsewhere on the record, the 2013 single ‘Went To War’ is quietly affecting, Bergman singing ‘Went to war for a lovable feeling/ tearing another instinct apart/ held two piece, a silver quarter/ while I was speeding.
Never wash yourself up ashore’. Stirring stuff.

The almost-eponymous ‘Pink Amason’ is almost entirely instrumental but captures the spirit of Amason perfectly, with some lovely chorus-guitar and delicately textured synths and pianos.

‘Clay Birds’ is a really lovely and really commercial album closer, and almost sounds like a prime time Wings song; it would make a great single.

Sky City is all about the songs, and the quality never lets up. I often think that ten songs is the optimum number for an album, but I wouldn’t want to lose any of these. It will be a real shame if the album doesn’t get heard by those who might appreciate it, perhaps fans of Goldfrapp or First Aid Kit might be wise to give it a whirl.