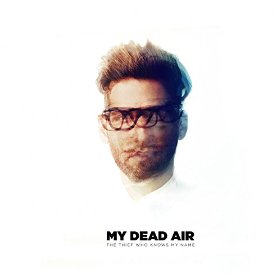 This rather beguiling, fragile record is the side project of Until June guitarist Dan Ballard, who has quite clearly been delving into his dad’s 70’s AOR collection whilst simultaneously keeping My Morning Jacket on heavy rotation. You think Jim James has a laid back voice? Well, if Ballard got any more chilled, he’d cryogenically freeze himself for the next thirty years. Who knows? Maybe that’s what happened to him last time…

It’s as though Nile Rodgers has popped in for a doughnut on the album’s opening gambit, ‘Holding On’, where some Chic-like loved up funk guitar wrestles with the majestic splendour of early MMJ, the end result being something like a Foals number.

It’s hardly a stretch then, given Robin Pecknold’s obvious obligation to the prolific Kentuckians, to compare ‘Buried Moon’ to Fleet Foxes, certainly in terms of the early harmonies, as though Ballard has escaped the harsh brutality of life for a moment and set up temporary base in a mountain cave. It’s absorbing and beautiful, like bathing in golden springwater.

‘Shattered Glasses’ rather reminds of Don McLean or perhaps Nilsson, or even one of Supertramp‘s slower numbers. It’s real beachfront music – crashing waves under impossibly romantic moonlight. A lot of the album is like this, dreaming up quixotic fantasy amidst hymnal, choral productions. This is very much an outdoor kind of record, warm rays of sunshine caressing your skin in lazy strolls through majestic countryside.

There are tender break up songs, piano-led torch ballads and an almost classical feel here and there. ‘Fractured (They Will Regret)‘, for example, enthrones itself firmly in the realm of Neil Young‘s ‘A Man Needs A Maid’ musically, whereas ‘Easy To Believe’, towards the end, calls to mind Julee Cruise‘s ‘Twin Peaks’ theme ‘Falling‘ or, rather oddly, the opening credits of the old UK soap opera ‘Crossroads‘.

‘Reckless With Your Memories’ has a country twang worthy of Jonathan Wilson, and by the time you get to the closing instrumental ‘Easy To Deceive’, we feel like our skin has been cleansed while our hearts were craftily stolen.