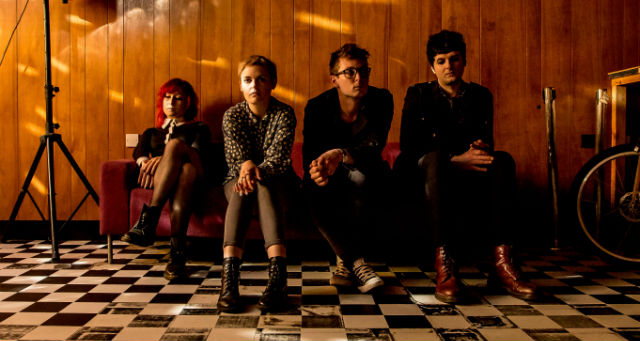 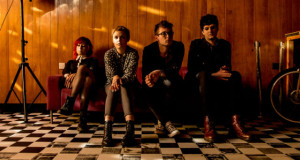 London four piece Desperate Journalist who have held us in rapture with the release of a series of urgently visceral post punk singles the last few years, culminating in their superb debut album at the start of the year. Now they are set to release a new EP and then head out on tour in October with their London show at the Borderline their E.P. launch party. ‘Good Luck’ EP depicts their evolution as a band, and we’re chuffed to be housing the premiere for the EP’s jangling lead track ‘Perfect Health’ with echoes of The Sundays and The Smiths it’s a delightfully dexterous dose of guitar pop with bittersweet undercurrents, listen to it here:

Following the release of their awesome debut album earlier this year, and a series of festival appearances and tours Desperate Journalist, locked themselves away with Keith TOTP in the same Dean Street studio where ‘Desperate Journalist’ took thoroughly bruised shape.

“The end result is the ‘Good Luck’ EP. If the album was a reckless rollercoaster ride of half-maddened post-punk melodies and battered neo-gothic chaos with the odd pause for breath, this EP is a more considered experience. True, ‘A Phase’ captures that original electrified essence rare, but this is a splendidly diverse and disciplined package, epitomised by serenely jangling lead-off track ‘Perfect Health’, which is all sweetness and (b)light.

“That track – in particular lyrically – is about romantic longing as a symptom of personal anxiety,” explains singer Jo. “Sonically it’s still chiming and melodic as our other songs, but also softer sounding and a bit metronomic than a lot of what we have done previously. The ‘Good Luck’ EP documents our progress from our debut towards our next album proper, and as we took it as an opportunity to experiment a bit it is more varied in tone. Alongside the anthemic guitar pop which will be familiar to those who have followed us so far, there are some slightly unusual song structures, more aggressive / heavier elements going on, and sections altogether more sparse and unadorned than anything we have attempted before. The title ‘Good Luck’ comes from the first track which is a ballad-style kiss-off to a toxic friendship.”

Desperate Journalist tour with GRAVE PLEASURES at these venues here: