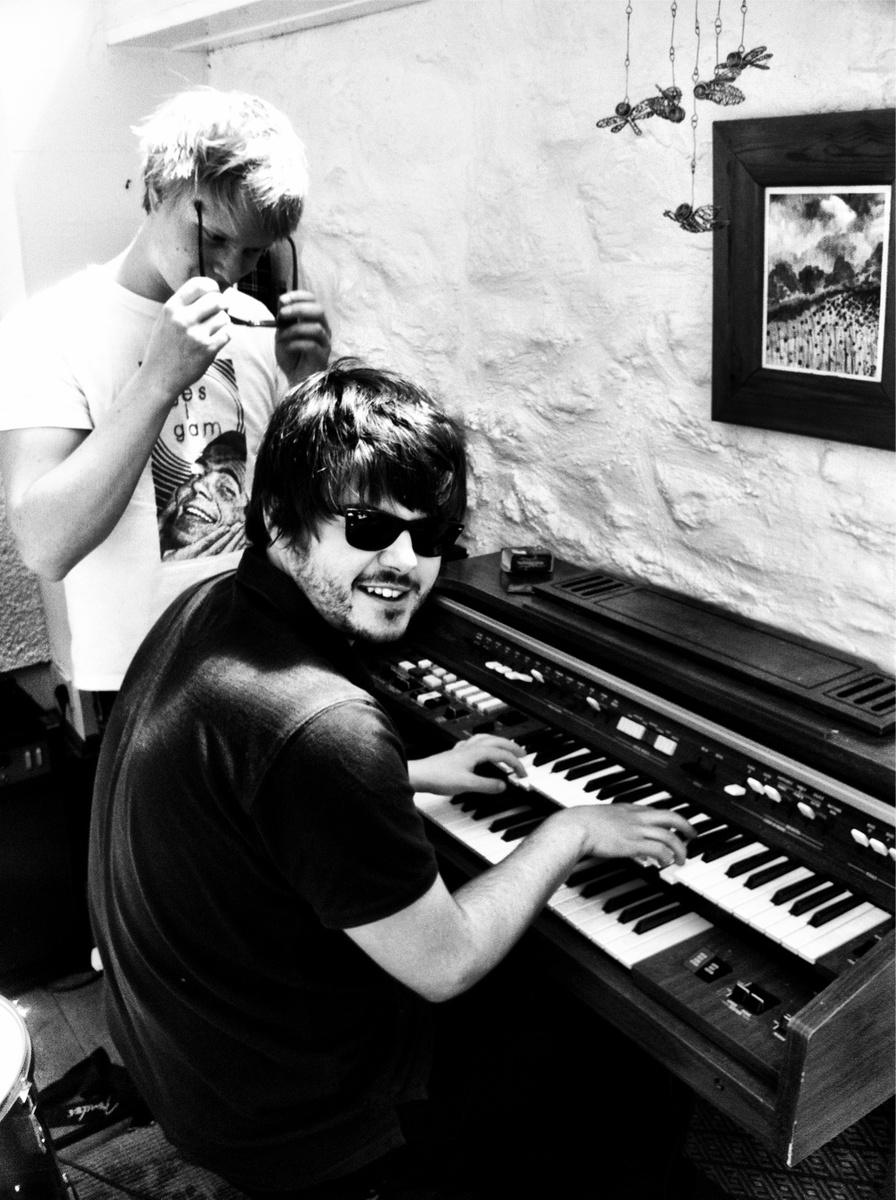 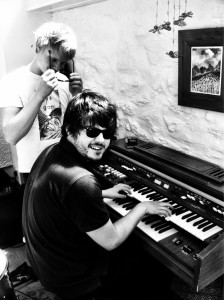 They might have only just released their debut long player but Palenco are all seasoned musicians. The band’s laidback melodic personality has already won them support from the likes of BBC Wales music champions Bethan Elfyn and Adam Walton. We spoke to the band’s guitarists Llŷr Pari and Dafydd Owain shortly after their Festival No.6 gig.

Tell us about your band?
Llyr: We started about two or three years ago. Just the two of us, recording songs that we both had, trying to find a way of making them sound like one united thing. Two years ago we recorded our first single in my house, then released it on 7” and started gigging after that. We’ve been going ever since. Our album came out last month. Recorded that in my house as well.

For those who haven’t heard your music before, how would you describe your sound?
L: I think it’s quite melodic. There are a lot of different melodies going on, all the different instruments. I think it’s quite busy but also quite dreamy.
Dafydd: At its core there is a kind of pop song vibe but I also think we’re masking it with our own sounds, our own stamp.

How did you find each other?
L: We’ve played in different bands with each other before, over the past five or six years. Or maybe even more like ten years.
D: We’re all just friends who played music with each other. We play with Gruff ab Arwel on keyboards and George Amor on bass. George was in a band called Sen Segur. And Osian (Williams) was in Cadelas. Both pretty popular, good bands. They’re all really good musicians and good friends.

And a lot of your songs are in Welsh, right?
L: I think it’s about half ’n’ half.
D: We’re Welsh speakers so it comes naturally, I guess. Some of the songs are half in English. You can never tell. We don’t set out to write a Welsh or an English language song, but it’s nice to have variety in the set.

Well, it’s not the first time. Super Furries did really well to promote Welsh language.
D: Gwenno has got a Welsh language album now.
L: It’s interesting ‘cos her album is probably getting more attention outside of Wales than in Wales. It’s an amazing album!

She is, of course, playing Festival No6 as well. What are your impressions of the festival so far?
D: I came here yesterday, walked around a bit…There are a lot of very cool people with glitter on their faces. It feels like a music festival, you know. Lot of different sections to it: you can walk down to the village, you can come up here (The Clough stage), hang around the Castle site. It’s a beautiful place as well. I like it.
L: There is amazing food everywhere. Really nice food.
D: Falafel is a bit of a test for us. (Smiling) If the festival doesn’t have falafel we won’t play it.

Have you played many festivals this year?
L: No, I think this is our first year of doing any kind of festivals. It’s been a busy summer: Festival No6 this weekend, last week we played a festival near Crug Mawr in West Wales, and before that we played Green Man.

What’s your festival highlight?
Both: I think Green Man. Green Man is amazing!
L: Just an amazing crowd every time! Everybody is so engaged. You can tell that everybody is there to find music that they enjoy.

What’s your next stop? What are your plans?
L: We haven’t got a single gig lined up.
D: That’s it now. We haven’t got any more gigs. I’m sure something will come. If there’s anybody out there listening and wants to give us a gig, we’re happy to play. We haven’t got anything planned. We’ll just probably try and write some new material now ‘cos we’re recording everything in my house. The set up is quite quick. I think we’re going to keep on recording stuff, throw some of it away if it’s not very good and then work on the rest. Just keep working basically.