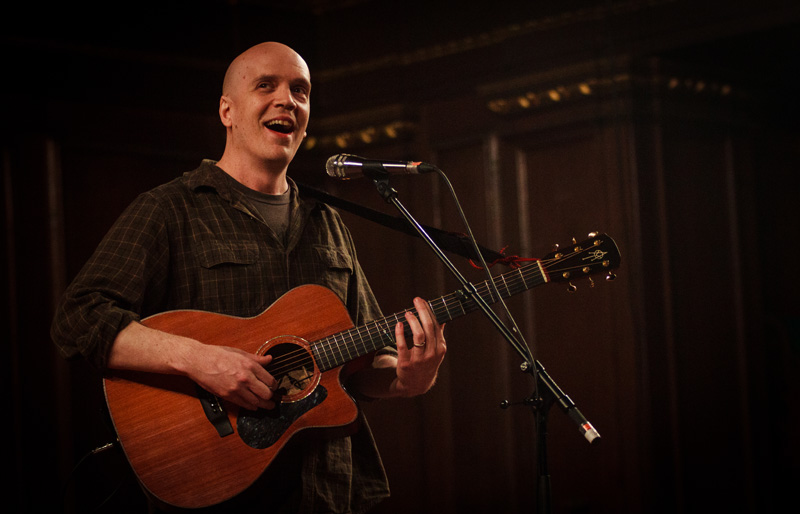 The last time Devin Townsend came through town he filled the Albert Hall with a wonderfully daft space Opera musical, followed by an eclectic run through his back catalogue, accompanied by what is essentially his Avant-Prog-Metal band. This time he performs it’s just himself, and an acoustic guitar. In a church. Devin it seems, is indeed a man of extremes.

Though there’s just acoustic guitar to back him, this doesn’t mean he’s left his trademark sound behind him, an array of various echo and multi delay pedals help fill the wonderful acoustics of St. James Church. His voice too is employed to its full variety from cooing lullaby whisper to Broadway belter, to full on face melting Death Metal screaming.

Opening with an improvised instrumental by way of warming up, we soon get the familiar pastoral tones of ‘Let it Roll’. ‘Funeral’ is introduced with a back story about the death of a close friend when young, the first of many interludes, which while not quite ‘spoken word’ allow Devin to share insights into his life and his music, that wouldn’t work within the constraints of a larger, less intimate gig.

‘Midnight Sun’ explores similar themes of loss, before turning to the theme of Love. But Devin being Devin we get ‘Love?‘ a song by his earliest band Strapping Young Lad, one of the most extreme and brutal metal bands ever. This shouldn’t work but it does, stripped of distortion and blast beats we get the heart of the song, dripping with menace and darkness. Wonderful stuff. 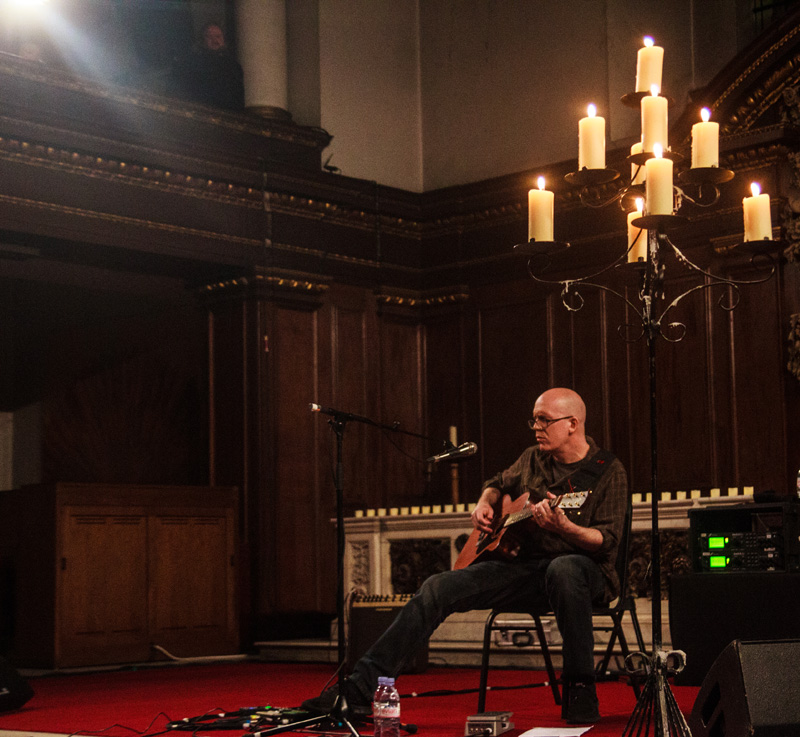 Continuing the polarity, next up is ‘Ih-Ah’ and ‘Hyperdrive‘ from the joyously positive ‘Addicted‘ album. ‘Juular‘ is prefaced with the snippet that it was supposed to be called ‘Jugular’ but the auto correct on this laptop didn’t catch it and he liked the misspelling, and kept it. I always had thought it was some obscure Norse reference. Who knew. This song sees Devin trying to get the audience to do backing vocals on the fiendishly odd harmonies of the chorus. We don’t quite get it, but at least we tried.

Things turn darker again through ‘Deadhead‘ before he lifts the music up once again with ‘Life’, as close to a Hymn that this church is going to get tonight. Rounding out with the prog workouts of ‘Deep Peace’, ‘Coast’ and finishing with the straight up arena rock of ‘Slow me Down’ the set was indeed a journey. Devin seems to have seen it as an opportunity for it be a self therapy session, a night to share philosophies, stories, jokes, confessions and a recognition of thanks to his fans. His is a unique voice in music, and the evening was truly a treasure. 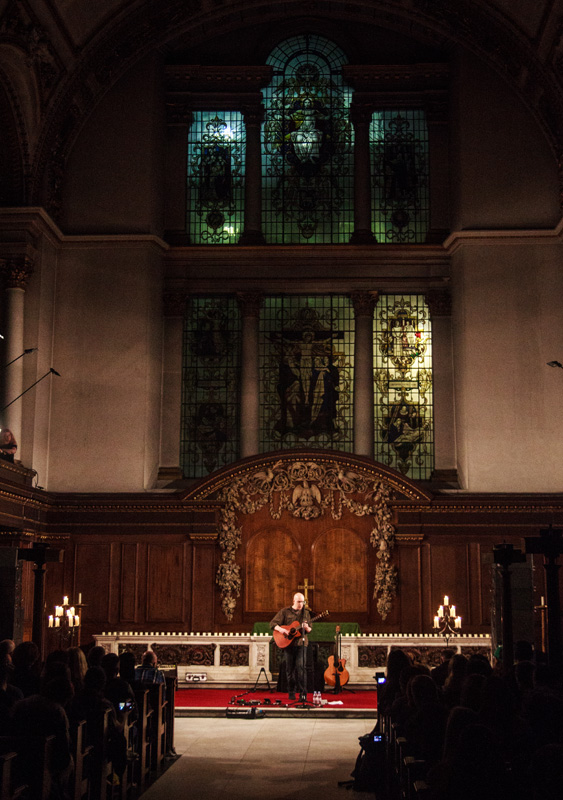 For more on Devin Townsend: