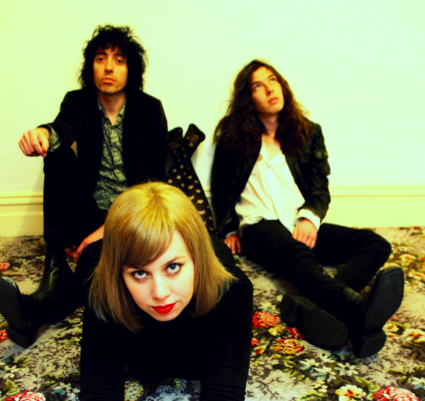 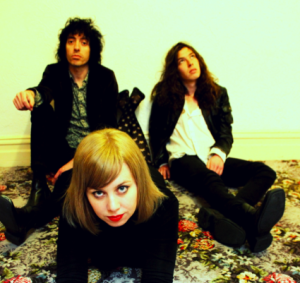 Melbourne based three-piece The Sunday Reeds are led by Romana Ashton (vocals, bass) and Drew Jones (guitars). Their new single ‘Pretty People’ is a kick-ass rock’n’roll song which joins the dots between 50’s rock’n’roll and early 90’s noise pop. In some hands this could sound a little, well, retro, but given a fuzzy crunchy coating and decorated by Romana’s sneer which bristles with a pleasing bite, it wonderfully oscillates somewhere between the attitude of early Garbage and the swagger of The Jesus and Mary Chain. Romana’s artful caustic social commentary calls out cliques, hipsters and our trivial ‘surface’ culture – “We celebrate them desecrate them and nothing in between”.

“Their debut LP ‘Drowning in History, released through UK indie label Squirrel Records in 2009, led to an extensive European tour in 2010 which won the band a huge following but came at a cost. Then a couple, Romana and Drew split up in Paris, the City of Love, an experience that became the inspiration for their critically acclaimed EP ‘Amour Tragique’, a collection of five songs about love and loss.”

The Sunday Reeds will plan to tour Europe in 2016.