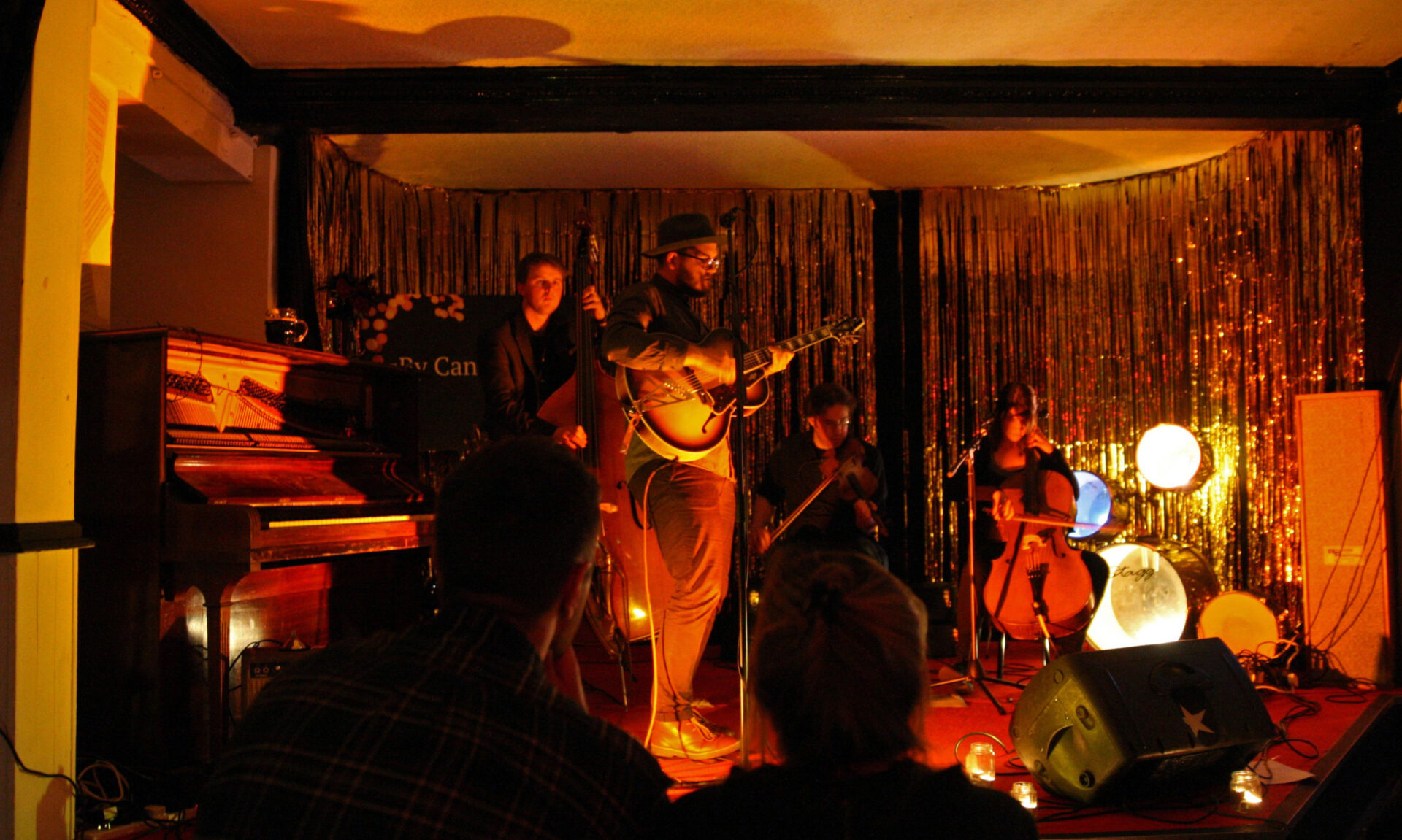 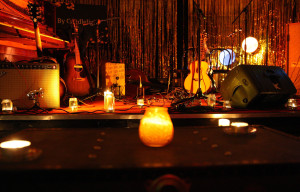 True to its name, The Fleeting Arms is an ephemeral establishment. Having lain empty since the doors had closed on its last previous incarnation as Monroe’s Showbar, the former public house and live music venue in York’s Gillygate reopened in March as a temporary, community-based arts’ space. Its lifespan will end on New Year’s Eve with the final performance of its month-long interactive interpretation of The Great Gatsby.

The presence of F. Scott Fitzgerald’s jazz-age masterpiece can be felt everywhere tonight as this By Candleight show – a series of gigs held in York and set in unusual venues, the locations of which are kept secret until you buy your ticket – takes place in Jay Gatsby’s front room. The seductive illusion and intense mystery of the novel is reflected in the ethereal, almost ghostly candle-lit setting.

Opening act, the Cirencester-based singer-songwriter and composer Ben Maggs captures perfectly the spirit and atmosphere of the evening with a seven song set that crackles with creativity and ambition. Maggs is a man consumed by nature and you sense never happier than when immersed in the elements. 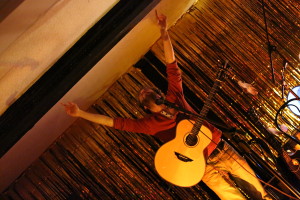 Records – speaks of such experiences and he brings a clutch of those songs vividly to life here tonight. ‘The Storm’ recreates the tumult of Maggs’ experience when he was trapped in one on the desolate North West coast of Scotland; the penultimate ‘The Traveller’s Song’ – where Maggs accompanies himself on both guitar and percussion – echoes some of the more intimate moments of Richard Thompson and Clive Gregson; and the exuberant set closer ‘Hearts’ sees an appreciative audience joining Maggs and his loop pedal in the song’s rousing chorus.

Another man for whom 2015 has seen the release of his debut album is Zak Ford. The singer-songwriter from York unveiled Young, Eager & Starry-Eyed back in March and it is to that record he goes tonight, the songs’ glorious amalgam of soul, country and folk afforded a much greater delicacy and nuance by the accompanying string trio.

The violin, cello and upright bass of local music man Bradley Blackwell act as lovely counterpoints to Ford’s impassioned delivery, most notably on ‘Astray’ where thoughts of Van Morrison’s Veedon Fleece and the first side of Terry Reid’s classic 1976 vinyl album Seed of Memory spring readily to mind. 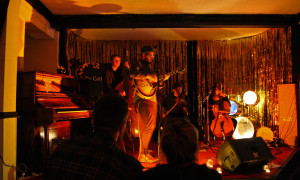 Zak Ford even finds space to play ‘Heartbreakers’, a song he had written the night before his first ever appearance in this building a few years back when it was called Stereo. Placed in the context of the evening this seems strangely apposite, measuring the distance that he has travelled in the interim as well as the ever changing complexion of this excellent venue. Credit must also be given to members of the Flanagan Collective, owner of the nearby Gillygate Pub, Brian Furey, and countless volunteers for their creative vision and unstinting energy in transforming The Fleeting Arms into such a remarkable, though albeit temporary, performance space.

Some more photos from tonight’s show can be found here