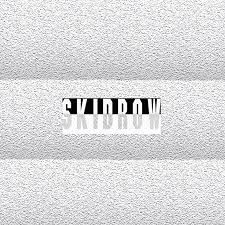 The Hollywood Sign. Universal Studios. The Walk of Fame. Disneyland. How about

Skid Row? Unfamiliar with the latter landmark of Los Angeles? That’s because the City of Angels have been trying to fork the shamed district into its cesspit since the 1930s. Skid Row is everything that Hollywood seemingly isn’t: poor people without homes sleeping on the cold kerbs of streets, whilst the police constantly threaten their existence. As a trend of European acts flocking to Los Angeles to kick-start a sparkling dream is on the up-rise – Florence Welch, SoKo and Laura Marling to a name a few from 2015 to have goo-goo eyed the place, experimental musician James Ferraro‘s latest album could make hopefuls in the foreseeable future think twice before making the transatlantic trip.

Hailing from the Bronx in New York, Ferraro is an out-of-towner himself. Having already criticized his own city in NYC Hell 3:00 AM, he has political motivation in his blood. You’d expect the New Yorker to approach L.A. with the surprise shock of a documentary film-maker investigating the murky underbelly of a city publicized for its supposed adeptness at wish-granting. Yet as we find out through the album, Ferraro is actually pretty knowledgable about the history of his target already, in a similar manner to Londoner Dev Hynes‘ visit to New York on Cupid Deluxe and David Lynch‘s analysis of Mulholland Drive. ‘Street Freaks‘ is a direct reference to the hardships of Skid Row’s pavement-dwellers and the abuse that is catapulted towards them, as he transforms himself into their struggling minds. One way he does this – on here and on much of the album – is to judge the greedy overindulgent businessmen that pass through, including incessantly name-dropping car manufacturers and other flashy accessories in a pseudo-satirical fashion.

Although, the discussion of Skid Row symbolizes an ongoing problem in L.A.’s hierarchy. James Ferraro is also interested in particular incidents of injustice. The track 1992, is a transparent nod to the Los Angeles Riots; a devastating protest that lead to 53 deaths and over 2000 injuries in a six day period of that year. A provoked reaction to the notorious beating of taxi driver Rodney King; a racist incident that Ferraro clearly feels strongly about it, as he references his name on other tracks and broadcasts several quotes from the man himself about the unfair trial that followed the incident. ‘White Bronco’ is another automobile referral but is likely to denote the car that OJ Simpson drove during his Orange County police chase.

To express the disarray of L.A. musically, Ferraro entrusts his Vapourwave genre – a collage of layers that consist of soundbites, smooth jazz and lounge moods, snail-pace beats; as well as guitar and electronic instruments samples heard in 80’s rock, pop and hip-hop music. He also slices these together in a metallic chopped and screwed style that’s idiosyncratic. The most effective element is his use of news reports, witness interviews, police radio discussions and siren sounds, building a realistic atmosphere of the cause-and-effect of crime. It’s worth noting that Ferraro cleverly intersects these with tele-shopping adverts, a jibe on silicone culture and mentions palm trees to reflect the world’s inaccurate view of the city.

Journalistic reportage from various sources is over-layered, while some speeches are distorted vocally for a spooky presentation and sentences repeated for highlighted emphasis. James Ferraro’s nauseating mellow rap – it can make one sleepy – guides us through like a slowed-down Maxi Jazz (Faithless) but his vocals are varied by moments of George Michael soulful harmonizing, such as on ‘Sentinel Beast’ and slightly unnecessary type-speak conversations such as on the opening track. It has to be said that occasional incomprehensibility in his speech due to mumbling or sonic effects play an important part in the cloudiness of his otherwise powerful protests.

The album ends with a CNN news report: “…keeping us up-to-date with the latest from the streets of Los Angeles. Our extended coverage of the troublesome L.A. and around the nation will continue”. It further proves that this is the anti-tourism campaign that the celebrity city won’t want you to hear.