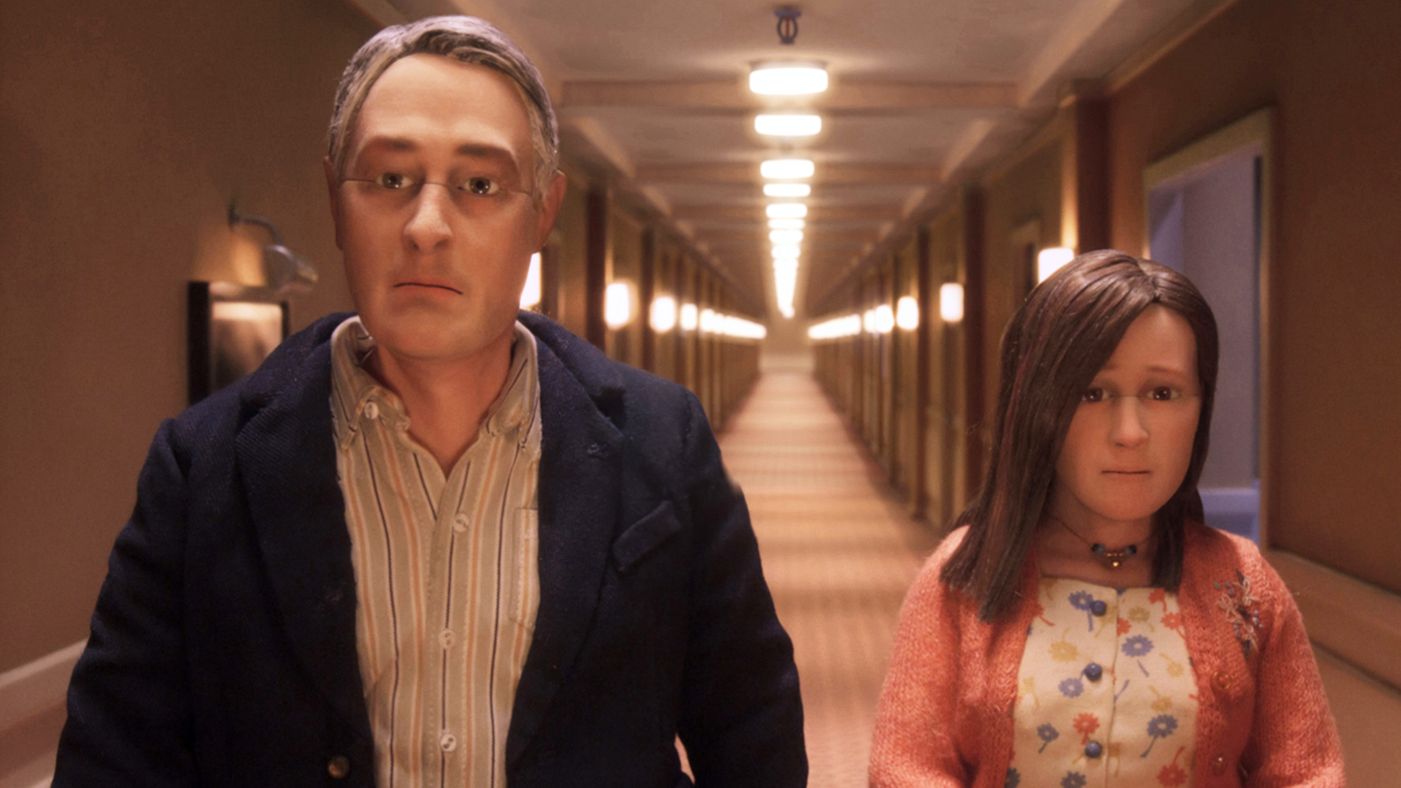 Closing a film festival with a UK premiere of a movie that needs seeing more than once is a bold move. But then you’d expect nothing less from Glasgow Film Festival, and you’d expect nothing less from Charlie Kaufman, here as scriptwriter as well as director alongside Duke Johnson. Best known for film scripts of Eternal Sunshine of the Spotless Mind and Adaptation, in Anomalisa Kaufman delivers a superficially linear plot that, in reality, is a heartfelt and heartbreaking elegy into what it means to be human. What is life? Is it all an illusion? What exists outside ourselves? In fact, what is the point of it all?

The story concerns Michael Stone, voiced by David Thewlis, flying into Cincinnati to address a conference on customer service. A prosaic enough set up but the cracks, both mental and literal, appear from the initial taxi ride from the airport to the hotel. Via a rendezvous with a spurned lover, he encounters Lisa, given voice by the currently hot-to-trot Jennifer Jason Leigh. In town with a friend to attend his lecture, Lisa is a fan, an acolyte even. From there the spiral either starts to unfurl or construct itself depending upon your point of view. Reality either cracks and reveals itself, or layers of complications amass.

There are other characters – a memorable manager lurking in the basement of the hotel, for example – but all of them are voiced by Tom Noonan. With Charlie Kaufman this is, of course, no accident. This script has been crafted and honed to precision. The casting of one person for the rest of humanity brings up the key questions. Who are other people outside our immediate care? Who are the drones? Are they real? Does it matter? Whilst Michael in his conference speech emphasises the importance of treating customers as individuals, are they? The background chatter of cluttered conversations present from the opening black screen – what exactly do they mean to us when they are all the same tittle-tattle of verbiage? Competing with our internal subjective monologues that often bear scant relation to the words and world outside, that confusion is central to the entire concept of the piece.

This is a perplexing but immensely rewarding film. It’s most certainly an adult film – sex, booze, swearing and all. An animation that properly deserves to be seen as drama as opposed to the overly-frothy enthusiasm for Pixar-type efforts, which do seem to play to the nostalgic infantilisation of society.

This is about grasping happiness where one finds it, I suppose – be it profound or a perfectly made Martini. Or is that a dangerous and selfish idea?

Ironically, the production was partly funded by a Kickstarter campaign – every single one of the contributors thanked in the ending credits; a long, long list of essentially anonymous individuals at the end of a movie looking at what it is to swim in the vast sea of human gloop. Anomalisa is anonymous, like Lisa may – or may not – be.

Like life itself, and certainly like the canon of this most individual of film-makers, Anomalisa is a profoundly moving and sumptuously realised film, offering as many questions as answers.