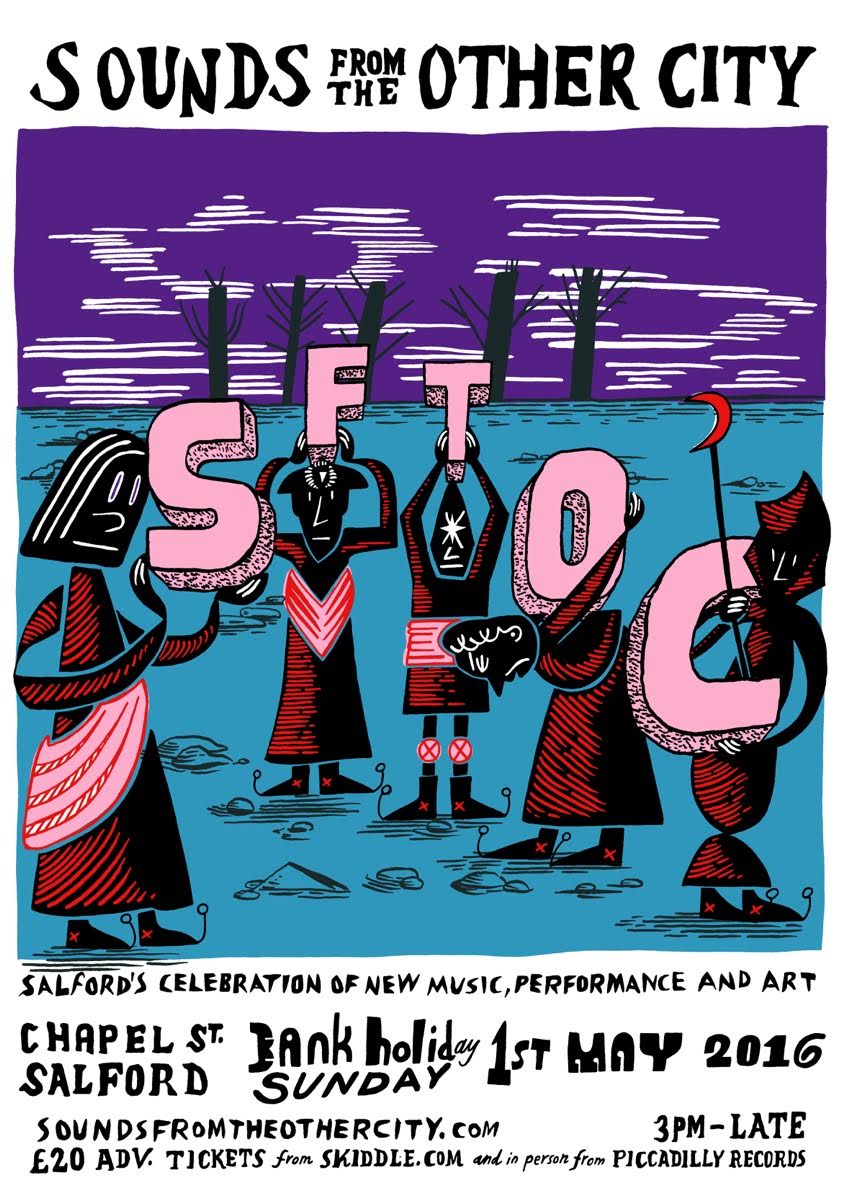 Sounds From the Other City Festival (SFTOC) is UK’s best kept festival secret. For over a decade it’s been providing early career opportunities to an eclectic array of artists from Alt-J to Lapalux, The Ting Tings to Jane Weaver, Horsebeach and Sampha. It has been covered by the Guardian, the New York Daily Post, the NME; yet it has retained its cult cool and remained a resolutely small event with a genuine community, non-commercial ethos.

New for this year are stages co-curated with London’s Café Oto, The Quietus and Sways Records/The White Hotel, switching their Lower Salford homes for the banks of the River Irwell for the epic 12-hour party marathon entitled Salford & Gomorrah.

Never one to stick to convention for SFTOC, local promoters Bad Uncle are teaming up with IMPATV to transmit live to the planet as part of this year’s festival. Together they’ll be broadcasting from a custom made TV studios for the full day, presenting a cavalcade of entertainment via a new channel http://SFTOC.tv .

Full day tickets are only £20 and can be bought HERE.