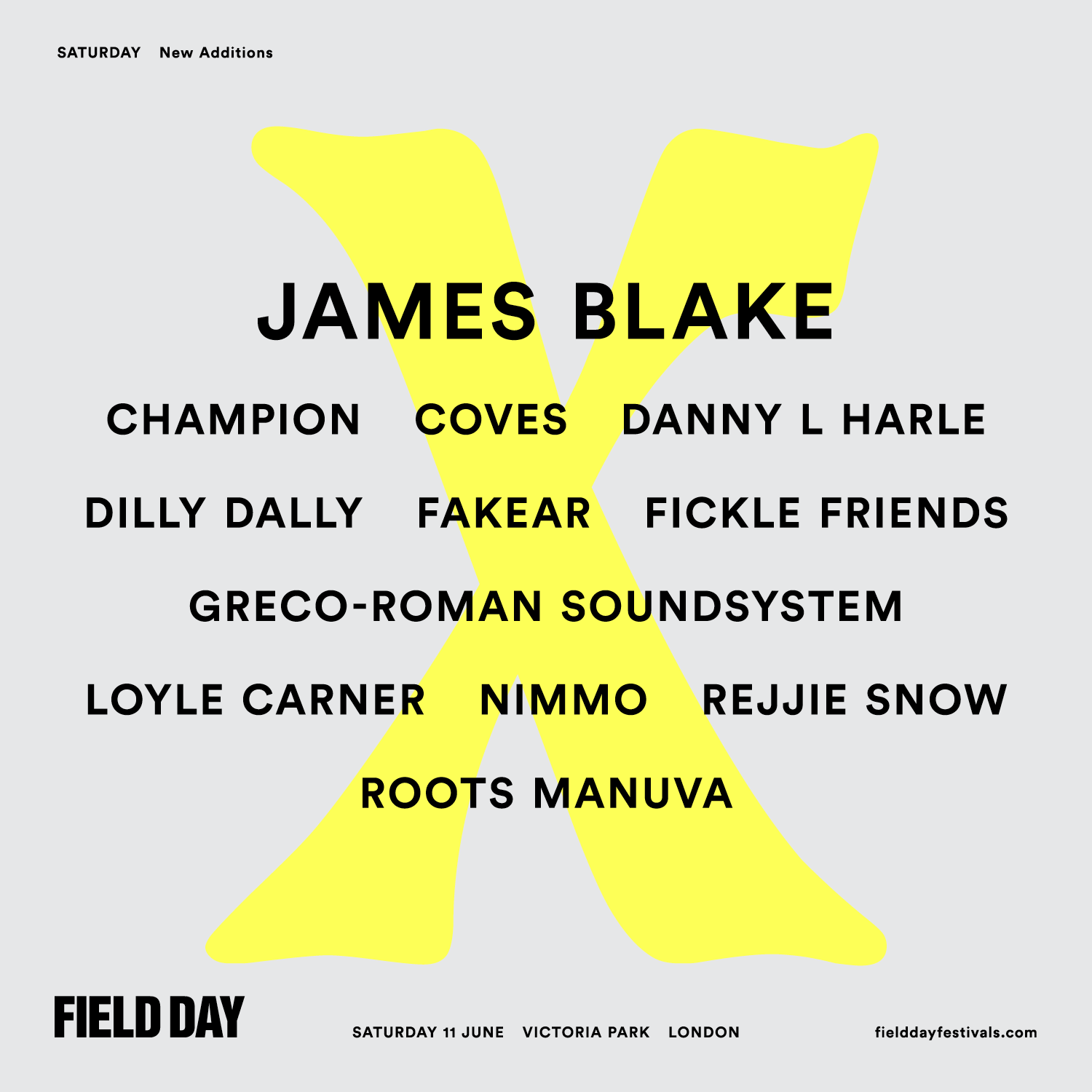 Award-winning artist, producer, songwriter and vocalist James Blake will be headlining the Saturday main stage. James released his universally acclaimed Mercury-nominated eponymous debut album in 2011, and Mercury-winning second album Overgrown in 2013, as well as being nominated for a Grammy and multiple BRIT awards.

Joining James Blake this Field Day Saturday will be Roots Manuva, an artist who has long been hailed as the leading light in UK hip-hop. Another bright addition is Fakear, a young French producer whose music sits somewhere on the axis linking Jamie XX, Bonobo and Daft Punk.

Rejjie Snow‘s surreal style and villainous eloquence helped him to amass over 6.4 million plays for his EP, whilst his official video clip for ‘All Around the World’ starring Lily-Rose Depp has over 1 million Youtube views. Hailed by The Fader as “Britain’s most recent new hope in hip hop”, Loyle Carner will also be on board this Field Day Saturday along with PC Music’s Danny L Harle.

For more information and tickets visit the festival website.