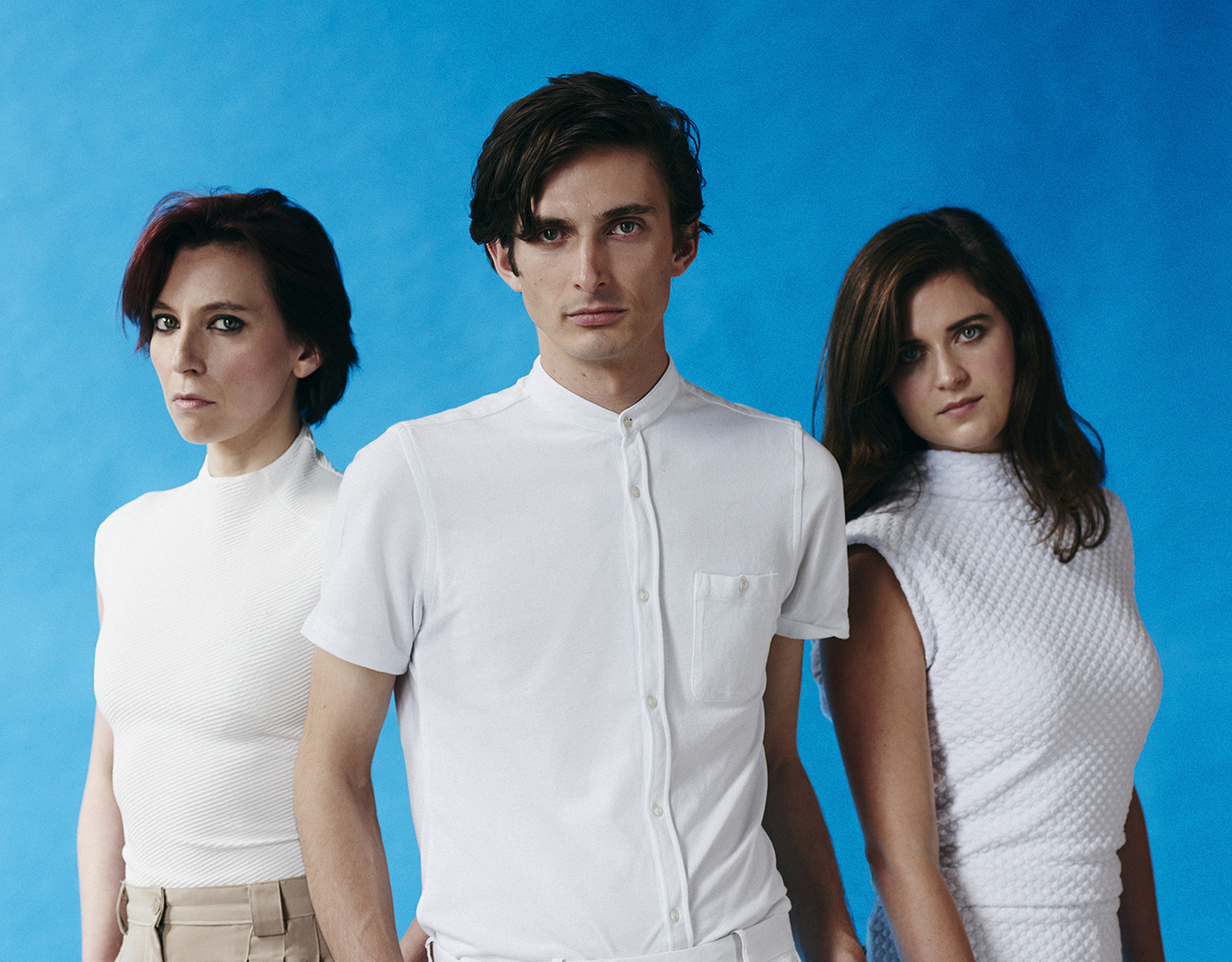 I’m not sure if Nzca Lines count as a new band having been around in one form or another since 2010 but their current line up as a three piece definitely qualifies. As such, they are by far and away the most interesting, exciting and well nigh faultless outfit seen in years. The ecstatic conceptual album Infinite Summer on Memphis Industries is here reproduced with such precision it’s impossible not to get swept up in it’s bittersweet, end of the world, sweetly apocalyptic glory. An almost perfect record delivered almost perfectly. Hard to argue with and these guys are the real deal. Spat out onto the bone-chilling environs of the never less than grotty Sauchiehall Street, there’s little else to say other than, “Wow”.

As luck would have it, the increasingly diverse and interesting Machines in Heaven provide more than able support in the darkened basement. Offering up material from the forthcoming release Phenomenology on Hot Gem, the three piece are in transition. There’s still a backbone of robotic funk but keyboards and laptops are increasingly augmented with guitars and some heroic guitar-hero poses. The newer, more dense and thumping sound seems tailor-made to take them out of the gloom of the night and onto a festival stage near you soon.

Which is exactly where Michael Lovett’s headlining outfit should be residing pronto. Also now containing Charlotte Hatherley (ex of Ash) and, sometime performer with Hot Chip, Sarah Jones, the band manage that rare alchemy of juddering thump and funk with some of the most delicately euphoric melodies you could hope for. And that’s before we even get to the vocals. All three contribute and the harmonies dance along wistfully and, frankly, just beautifully. Couple that with the sophisticated but shuddering groove, what’s not to love? Answer, nothing.

Agreeably dead pan they may be but it’s hard to listen to the repeated lyrical refrain from ‘Dark Horizon‘ – “I feel the time is running out for us” – and not be moved; whilst also simultaneously wanting to wave your arse about.

Neat trick that. Hit them with the groove, hit them in the slightly melancholic heart; a notion explored in Infinite Summer, set as it is on a doomed future Earth. Party like it’s two seconds to go on the Doomsday Clock. Sounds cascade all around during ‘The World You Have Made For Us‘ and never has oblivion seemed such an inviting prospect. A waterfall of keyboards, guitars, voices and soul.

Not often one leaves a gig and finds it more or less impossible to fault a band. Taking out a misplaced lead at the beginning – the result perhaps of effectively being roadies for themselves at the moment – this is one such case. Appearing for the encore – “We just have one more tune” – it’s impossible to disagree with a frothy punter down the front; “Play them all again then!”

Despite being really rather self-effacing they are utterly complete and truly extraordinary. They know not what they have. See them.