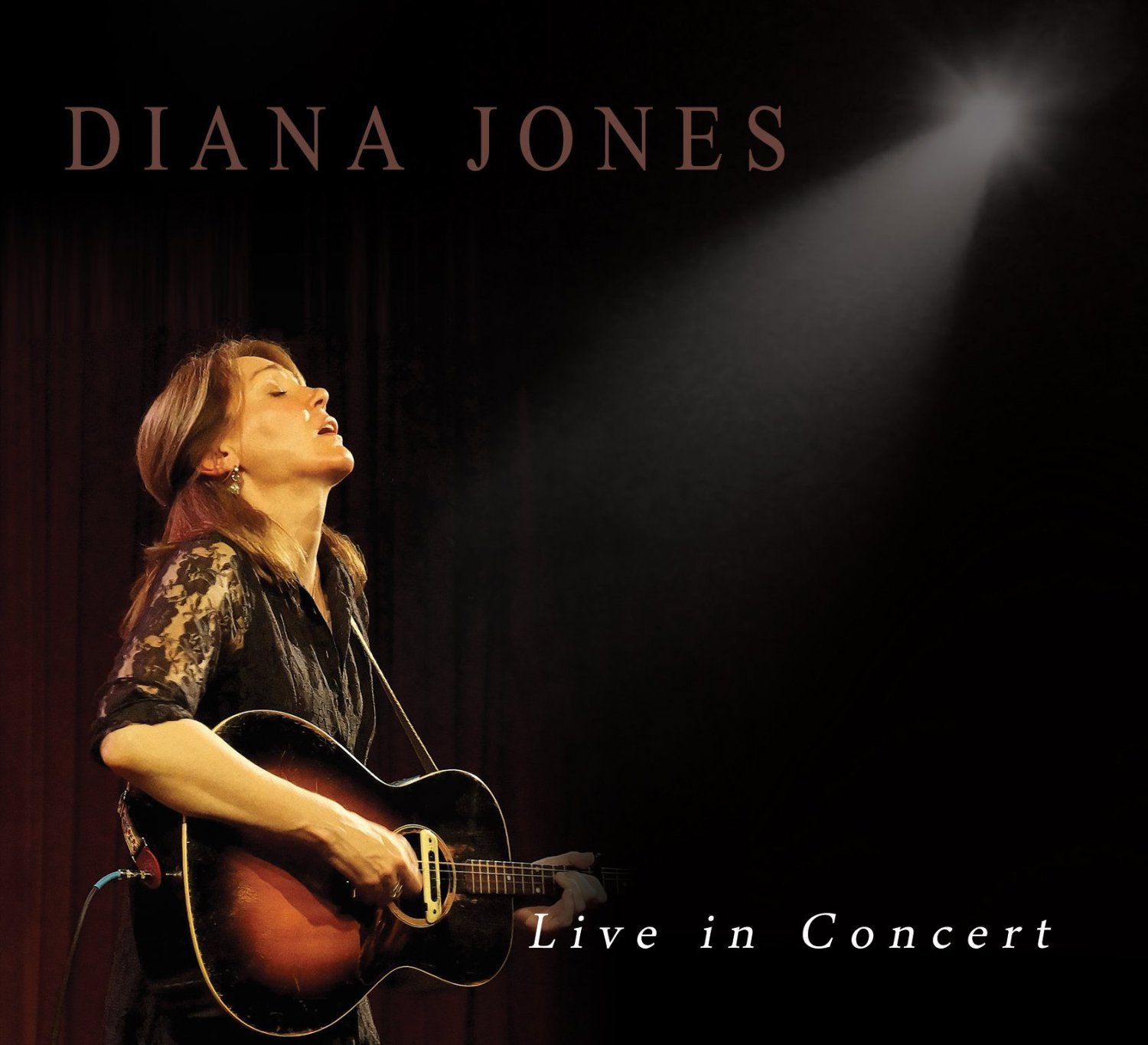 If truth be known, I am not, ordinarily, much of a fan of live albums. My opinion is that there is nothing quite like being there, and that the essence of the moment is nigh on impossible to capture in a bottle. Often, you’ll be at a gig, thinking something sounds incredible, but then later you’ll hear a live recording of it and realise its smell was a lot more pungent than you first thought. Of course, some legendary moments have been immortalised on tape – probably most notably the infamous “Judas!” heckle from Dylan‘s 1966 show at Manchester’s Free Trade Hall – and occasionally, the live recording far outstrips the studio take (The Wonder Stuff‘s live rendition of ‘Ten Trenches Deep‘, on the B-side of ‘Who Wants To Be The Disco King?‘, is one I would hold up as evidence with no hesitation). Most of the time though, my take on the matter is that you need to be there.

If you’re Diana Jones though, it appears that this doesn’t matter one jot; much to her credit, in fact, you actually feel like you’re a part of it. I don’t know if it’s merely because her deep throated country folk timbre is such a powerful weapon, or whether the selected venues that accommodated Jones and her band across the tour that comprise this compilation played a part, but the end result feels truly warm and intimate, as though she is performing for you and you alone.

One of the most memorable moments from any show I attended last year was when First Aid Kit unplugged everything and relied on the Birmingham Symphony Hall acoustics to perform a spellbinding rendition of ‘Ghost Town‘. I draw this parallel because there are several showstoppers in a similar vein on Live In Concert, most notably on the captivating ‘Cold Grey Ground‘.

Jones herself came to prominence fairly late, already in her early thirties when her 1997 debut Imagine Me was released, and this is perhaps why I always feel like vocally, there is something of a “mumsy” quality to be found. If you fell over and grazed your knee, for instance, you’d feel perfectly happy for her to wash your wound and apply your Band-Aid.

But I digress; back to the product in question, and the shows that are encompassed here seem to predate her fabulous Music Of Appalachia Recordings album, as none of those little gems are included. A pity, perhaps, but it’s true testament to the talent of Diana Jones that we still go away feeling this wholesome and fulfilled.