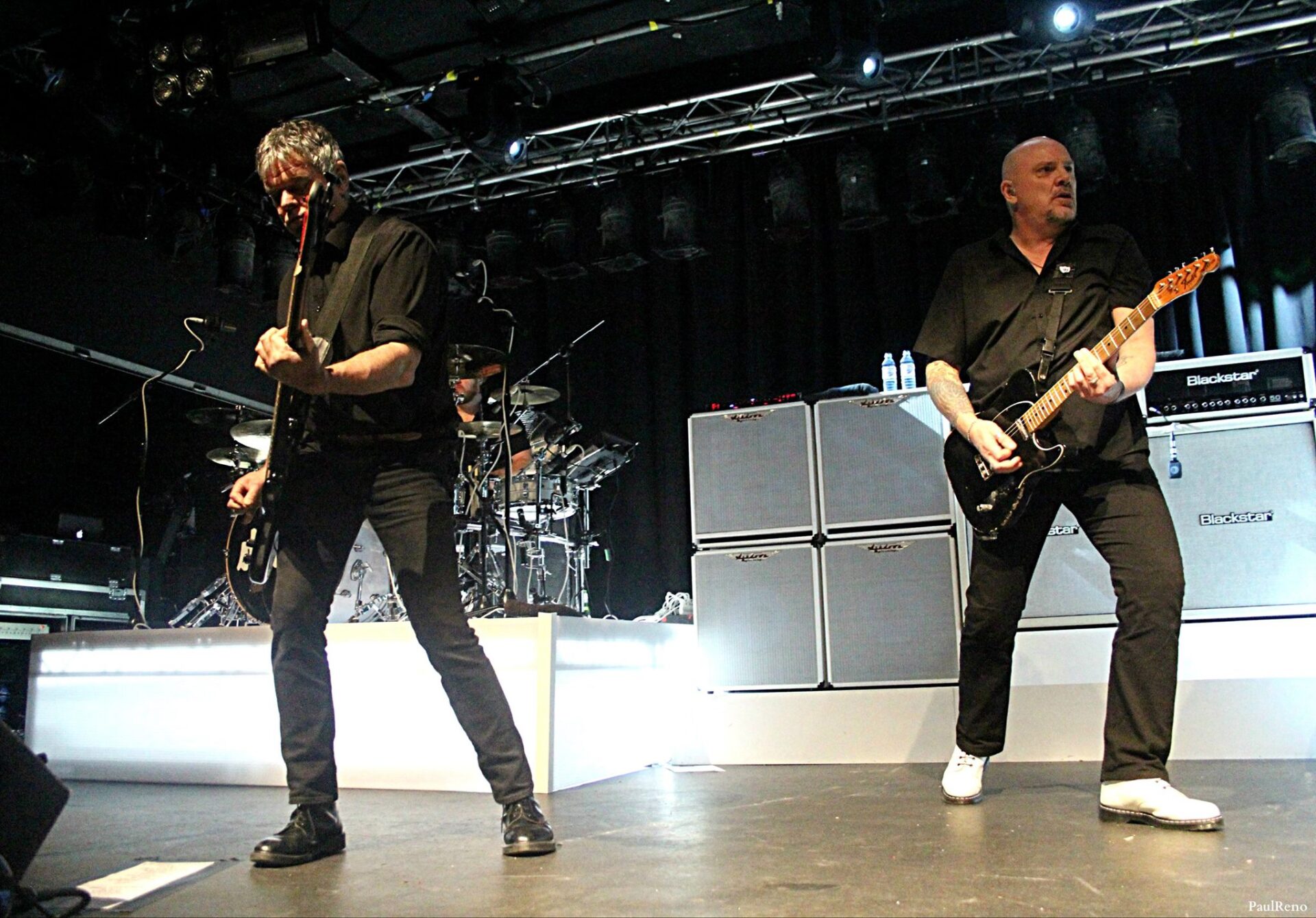 Whoever first said “There is no black and white, only various shades of grey,” should have been paying more attention.

You could tell right away where The Stranglers would be playing; you followed the trail of 40/50-somethings with Mohicans, black leather jackets, slightly greying hair, and a collection of assorted Stranglers and sundry punk t-shirts which were a delight to spot.  Nicely taking me back to my youth as a young Stranglers fan.

The Stranglers have never gone away, proving what a fantastic live attraction they remain by packing the venue to its rafters.  It was nice to see so many fresh young faces in the crowd too, male and female, singing all the right words with the required vigour, proving that one of our great bands, no, scratch that, of our crown jewels in the history of British rock is in safe hands for the future.

I recently read an article where the band in question were saying that in the age of the download, (sadly not all of it legal), that it’s more lucrative to play live and promote existing stock rather than to try selling a new album, hence the growing trend for bands to tour anniversary albums and play them in their entirety.  Now, if that album is the ageless Black and White – a no.2 album, back when reaching no.2 meant you were shifting some serious numbers – then yeah, let’s do it. 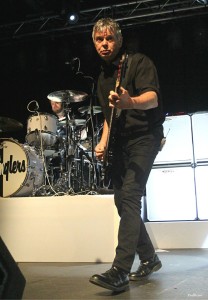 It’s refreshing also that whilst some things change, they kind of stay the same as well. The Stranglers have been entering the stage to ‘Waltzinblack’ for most tours since 1981 on the Meninblack tour. Holst’s ‘Mars, the Bringer of War’ was the sole exception during the 1986/87 Dreamtime tour for all you trainspotters.

They tear into Black and White from start to finish, from the familiar opening salvo of ‘Tank’, into live favourites such as ‘Nice ‘n’ Sleazy‘, ‘Toiler On The Sea‘ and ‘Threatened’, to less frequently played tracks like ‘Sweden’ and ‘Hey Rise of the Robots’, finishing the sequence with ‘Enough Time’. If you’ve heard it, you could be thinking “How are they going to nail that?”  Well, they didn’t just nail it, they built the whole shed. The wonders of 21st Century technology!

For those of you who like value for your English pound, you’re now going to get a lot more than double the songs we’ve just heard from Black and White. Not just a hits package, although most of the old stallions are still galloping smoothly.  There’s a smattering of corkers from the later line-up, Mercury Rising, Relentless, I’ve Been Wild etc, which whilst Baz was/is a fan of the band and more than adept at ‘doing a Hugh’ on these tracks he can do a Baz. He does Baz well and for those of you that only listen to The Stranglers up to about 1979, you’re missing out on some prime entertainment.  We also get Burt Bacharach’s least favourite version of one of his songs, the marvellous ‘Walk On By’ which is perhaps the closest they ever came to resembling those lazy Doors comparisons.

There are more smiles than menace these days, but the band have not lost that vital edge.  There were a few technical difficulties with Dave’s plaza of keyboards, resulting in an aborted start to ‘Dead Ringer’.  “Hang on, where I have heard that one before?  Did someone say wanker?”  We then had a bit of a malfunction before the intro to the evergreen ‘Nuclear Device’, resulting in hilarious pee-taking from Baz and JJ.

Another compliment so easy to pay The Stranglers is that the older songs still sound vital and as fresh as spring petals, ‘Something Better Change’, ‘Peaches’, ‘No More Heroes’ etc – they fold time with ease.

Of course, it’s always a privilege just to stand in awe and watch one of the best rock bassists of all time in action and JJ has lost nothing.  If anything, he’s getting even better, the ‘Sunderland Wonderland’ Baz, guitar and singing a joy to behold, Dave still a wizard no less.  New Drummer Jim MacAuley looking and playing like the offspring of the mighty Jet Black.