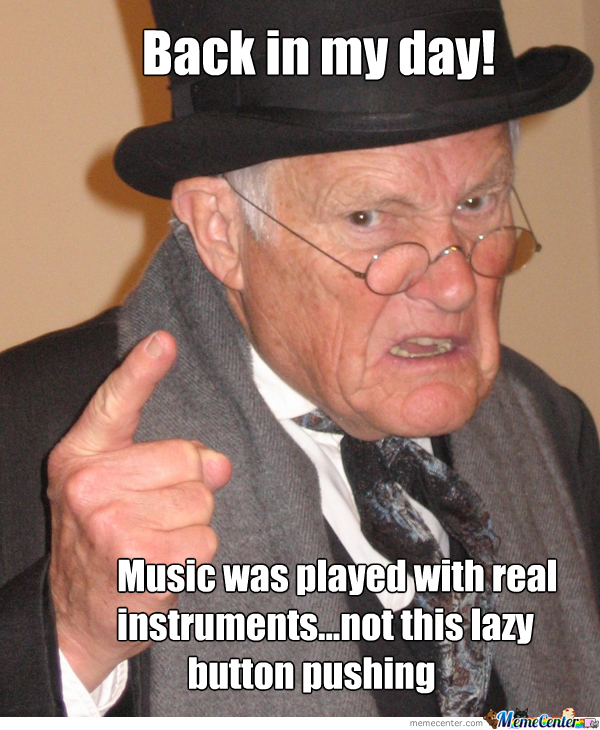 Facebook is a great way to find out who you disagree with, isn’t it? If you use the social network on a regular basis, you may well have seen memes like these: 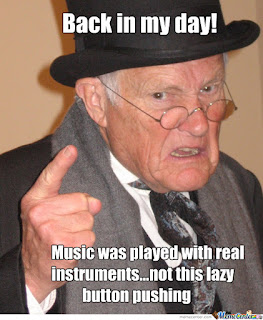 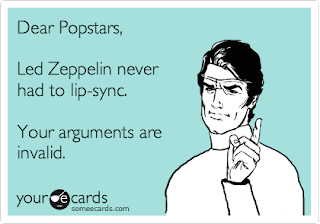 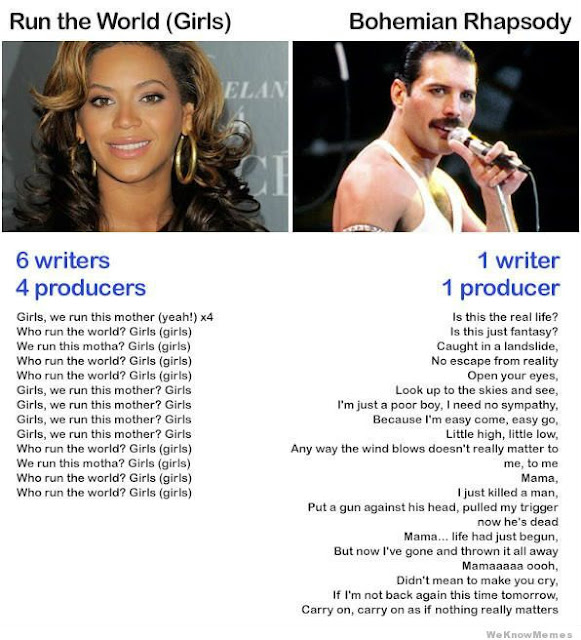 Note that it’s pretty easy to do this in the other direction – Bicycle Race, anyone?

Of course, all music is ‘real’ music. This ‘down with everything but a very narrow definition of rock music’ attitude is the pits, and it’s particularly disappointing when these little nuggets of Luddism are being propagated by people you know. I don’t want to suggest that these #realmusic memes are anywhere near as bad as those terrifying ‘Britain First’ posts, but honestly, they cause me to react in much the same way: Ew, really? I thought better of you, person who shared this. You just went way down in my estimations.

And sadly, this doesn’t just happen on Facebook. Last Friday, I was enjoying a drink with some friends when a Kendrick Lamar song came on. After about a minute, one person who shall remain nameless announced – no,decreed – that he was “offended by the lack of music in this so-called ‘music'”.
(I’m afraid I don’t know exactly what the song was – the only Kendrick Lamar album I have is last year’s To Pimp a Butterfly, and all I know is that it wasn’t one of the tracks from that disc.)

Now, just to be clear, most of the music I listen to is made with guitars and drumkits and the other traditional rock instruments to which #realmusic guardians recognise no alternative. I’m not a particularly big hip-hop fan, but I appreciate the fact that, as a white, middle-class British man, I’m probably Kendrick Lamar’s target audience. I loved some parts of To Pimp a Butterfly, but other parts didn’t work for me at all; King Kunta was one of myfavourite tracks of 2015, whereas Institutionalized, which comes straight after it, just kind of bugs me. But it’s all music. It’s all real, and it’s all music, and Institutionalized is probably somebody’s favourite song on the whole record.

What bugs me about those memes and that arrogant comment on Friday night isn’t the revelation that – gasp! – some people don’t like rap music, but the implication that any music they dislike isn’t actually music at all. Fuck you, you cock. Who made you The Grand fucking Arbiter? Who are you to decide what is or isn’t ‘music’? You listen to Oasis, for heaven’s sake.

Of course, there was a time when people said these things about rock ‘n’ roll: things like ‘where’s the tune?’ and ‘they don’t have any real talent’ and ‘it’s not music, it’s just noise’. Now rock ‘n’ roll has become the establishment, and the people who champion it whilst pooh-poohing music that many people find entertaining and/or challenging are making themselves look like dinosaurs.

So by all means post #realmusic memes if you must, but don’t kid yourself that you’re cleverer or that you understand music better than people who listen to Nicki Minaj. You’re not a noble defender of ‘true’ songcraft, and you’re not railing against the system by boycotting songs with samples in them. In fact, you are the system – you’re The Man to whom music was invented to stick it. How does that feel?

1 thought on “OPINION: Death to #RealMusic”