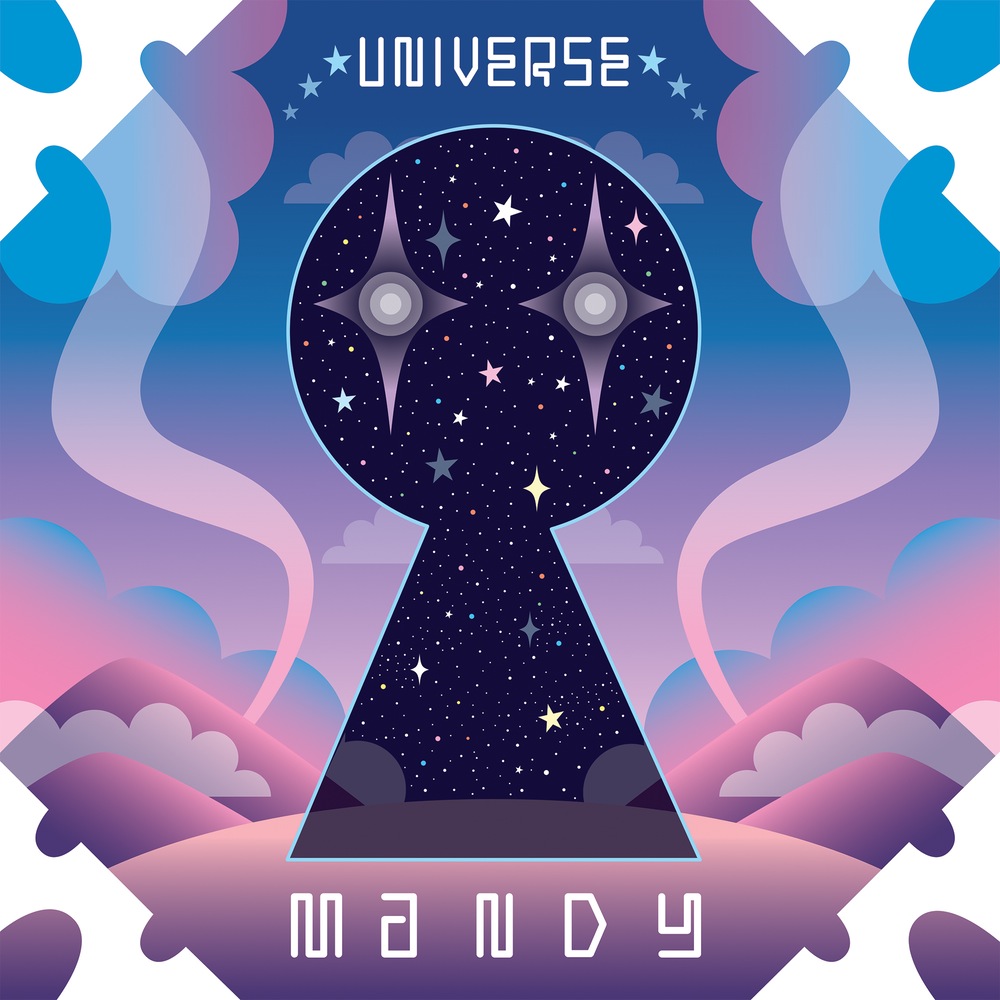 It is difficult, nay nigh on impossible, to listen to Universe without thinking about the circumstances surrounding its release. It was written and recorded by Mel Fung in the period prior to her tragically premature death from cancer in October 2014. For many years she had been a stalwart of the South Wales music and arts scene and together with her husband Andy Fung they had comprised the duo MANDY. Universe is MANDY’s debut album. It is also Mel Fung’s final musical statement.

Yet for all of the sadness that is undoubtedly inherent in its release, Universe is a record that is writ large with the indomitability of the human spirit. Clocking in at just 27 minutes long, it is lean and perfectly formed, stripped bare of any suffering, melancholy or pathos that could quite reasonably have been associated with its creation. Any such thoughts and feelings that may once have been present are cast defiantly aside to reveal a remarkable buoyancy, emotional fortitude and resolute life affirmation.

Opening track ‘Angela’ leads by example as Universe sets sail on a voyage of positivity. A quirky little pop tune it lifts the spirits with its infectious refrain and quietly understated fuzz guitar. “Easy come, easy go” Mel Jung intones on the coda of ‘Can You Save Me’ immediately erasing any sense of helplessness that the song’s title may have suggested. The gorgeous melody and harmonies on the glistening ‘For Now’ equally brings to mind The Beach Boys’ 1970 release Sunflower, a hugely undervalued record that signalled the emergence of Dennis Wilson as a songwriter of the greatest distinction.

‘Alien Attack’ dips its toe into some strange psychedelic pool, whilst the lo-fi folk of ‘Look Up At The Stars’ also wants to surf a vaguely lysergic swell. ‘This Is Nothing’ does seem to allude to the position in which Mel Jung found herself, but it rises above and way beyond any possible accusations of self-pity with the beautifully simple manner in which it colours the combination of words and music.  It is an allusion that she also achieves on ‘I Don’t Miss You’, an effortless sleight of hand that says much of its writer’s insight, compassion and selfless desire to try and ease the heartache of those closest to her.

And then on ‘Reasons To Go Home’ the light truly does shine through the darkness. Punctuated by an eerily disembodied and partially strangulated quote from Leo Tolstoy – ‘If we accept that human life can be ruled by reason, then all possibility of life is destroyed’ – the song leaves the listener with tremendous hope and meaning. A lasting tension is created between child-like innocence and otherworldliness and in so doing the song reflects much of what you imagine Mel Jung was about as both an artist and a human being. Universe is a considered, deeply moving and ultimately uplifting musical legacy for her to have left behind.

Universe is released on 27th May 2016 through Bubblewrap Collective. It can be purchased HERE