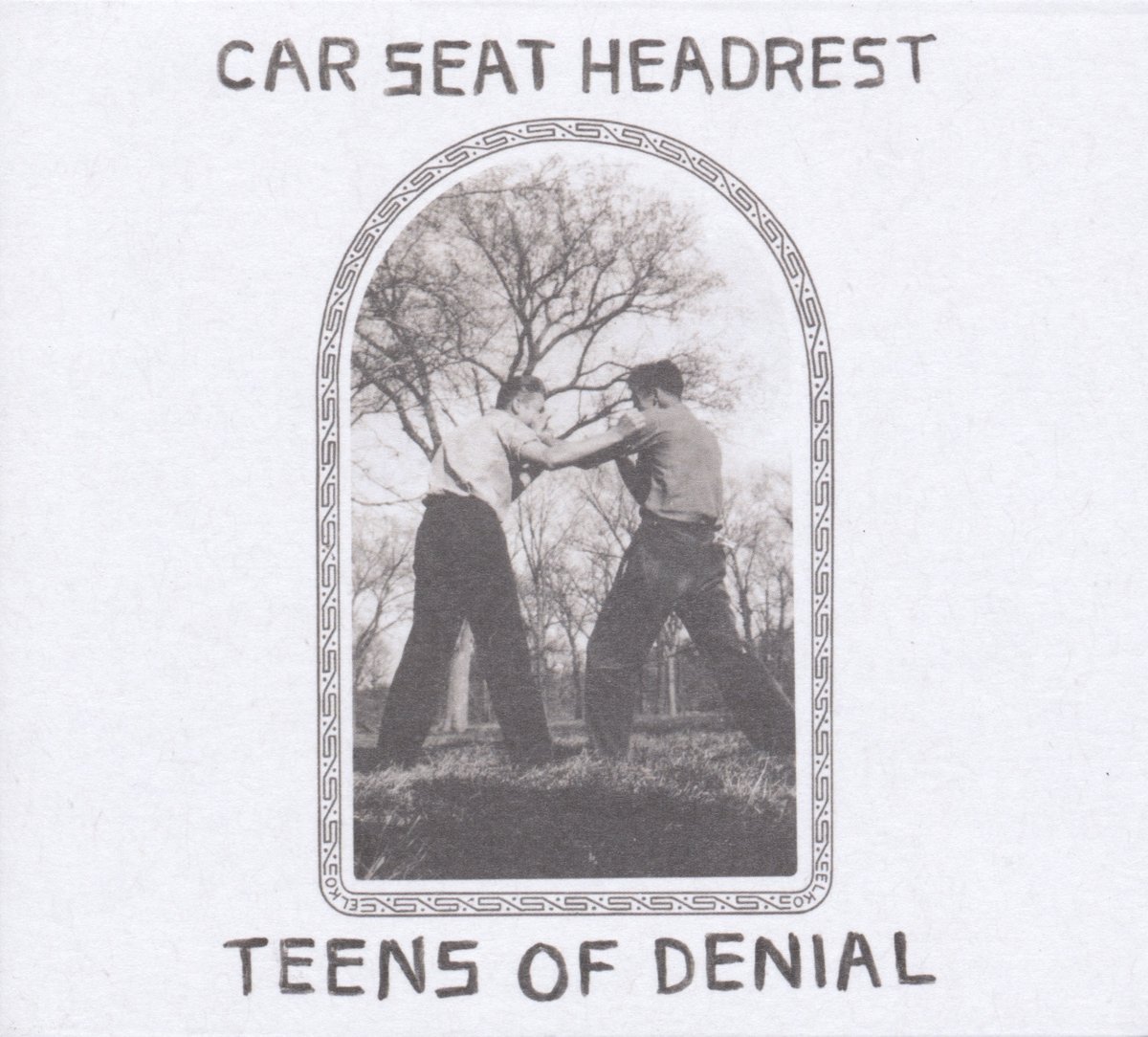 Believe it or not, Teens of Denial is Car Seat Headrest‘s thirteenth album despite main man Will Toledo only being 23 years old. It races out of the trap with ‘Fill In The Blank’, all Weezer-style power chords and classic rock sensibilities. The snippet of audio preceding the satisfyingly chunky riff with “You are now listening to… err… Car Seat Headrest!” is a knowing nod to his previous lo-fi stylings and the fact that this is most listeners’ introduction to the band. There’s plenty to love, but the momentum is cut abruptly short by ‘Vincent’‘s chiming, two-minute long intro. It stirs itself into something resembling a Strokes album cut and gets interesting with the introduction of some stabs of brass halfway through its 7:46 runtime. It sets the pace for the record: half the tracks here are longer than five and a half minutes and as a band they’re not scared to try out a few different ideas in a song.

When it’s good, as on ‘Not Just What I Needed’,  Teens of Denial finds the perfect balance between the AOR sound that is evidently so beloved by Toledo and his resolutely DIY past. The way the song ends with distorted tape loops of guitar and studio chatter, explaining how he used to record vocals in the back seat of his car for privacy, leads wonderfully into ‘Drunk Drivers/Killer Whales’ a cappella intro of “In the back seat of my car/My love tells me I’m a mess”. It’s an achingly lovely moment and the most emotionally genuine point on the album. Unfortunately the song takes another one of those clever-clever left turns into po-faced sixth-form lyrics about the film Blackfish. Like yeah, it’s a sad film, but does the repetition of “It doesn’t have to be like this/Killer whales” really make you think?

It’s this discourse between the different influences that produces the moments that work best as well as the less successful efforts. ‘The Ballad of the Costa Concordia’ is a cruise ship sailing from acoustic power balladry to Pavement-style indie rock and crashing into Dido‘s ‘White Flag’ along the way. It sums the record up really: it’s bold, it’s more adventurous than most bands manage in an entire career, when it’s good it’s brilliant but there are patches that are pretty crap. And yet somehow, against the odds, it works.

Teens of Denial is out now on Matador Records.