“I’ve made the effort for you tonight and dressed up” says Mr. Lydon on reaching the microphone as PiL enter the stage at the Lincoln’s excellent Engine Shed. And so he has, resplendent in white shirt and dark waistcoat. He’s packing a little bit more timber these days, but it suits him; he looks good for it, L.A. is obviously agreeing with him since he moved there, He loves his fine wine and I noticed a case being delivered back stage beforehand…It’s difficult not to warm to John in the way that you’d warm to the eccentric and slightly unhinged chemistry teacher at high school. Turning the pages of a huge book, positioned on a music stand that he spent most of the evening behind, maybe the lyrics, maybe nothing at all.

Like Mark. E. Smith, John Lydon has been the one staple member of PiL throughout their nigh on 40 year lifespan. The current line up are as tight as anything I’ve seen with former Damned guitarist Lu Edmonds throwing his guitar around, long hair, beard, almost like a surrogate dad of Sergio Pizzorno .

There’s no support on this occasion, although I understand The Beat are supporting on a couple of dates. So it’s Here’s Johnny for almost two hours. And what a great couple of hours it is, opening tonight with ‘Double Trouble’ from current album, the glorious What the World Needs Now. Of course with such a rich back catalogue to choose from, there are some of the old favourites like ‘This is Not a Love Song’ and ‘Rise’, but it’s far from a run of the mill hits package tonight. 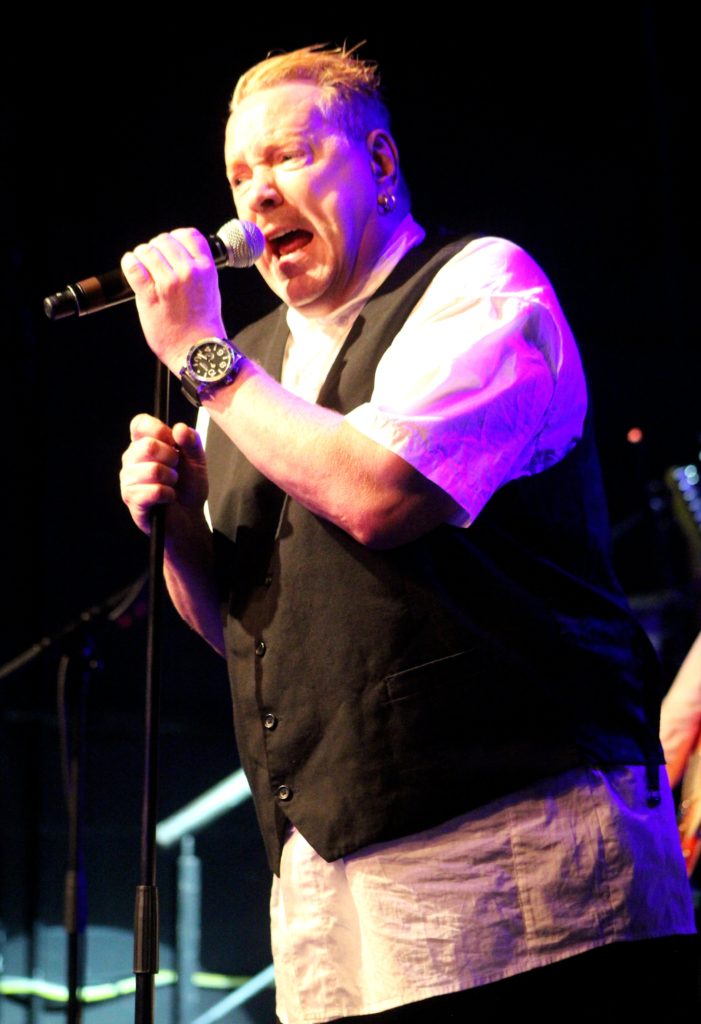 Scott Firth’s bass and Bruce Smith’s drums pound out the contagious rhythm that first started back all those years ago with Jah Wobble and Jim Walker, and as John calls out for “more bass, more bass” I am a little concerned that the nearby cathedral may start rolling down the hill towards us. A new and refreshing take on ‘Religion‘ from the eponymous debut LP is played for about 15 minutes; it’s transformed, but is still from the same gene pool, almost like a wayward grandchild.

‘Shoom‘ closes the evening tonight and if you haven’t got the latest album, well, let’s just say you’re probably not going to hear this song over tea and cucumber sandwiches at your local vicarage. So after John tells us we’re all bollocks and to eff off, he then proclaims we are decent people in a far from decent world. When he put his glasses on for the encore, he really DID look like my chemistry teacher.