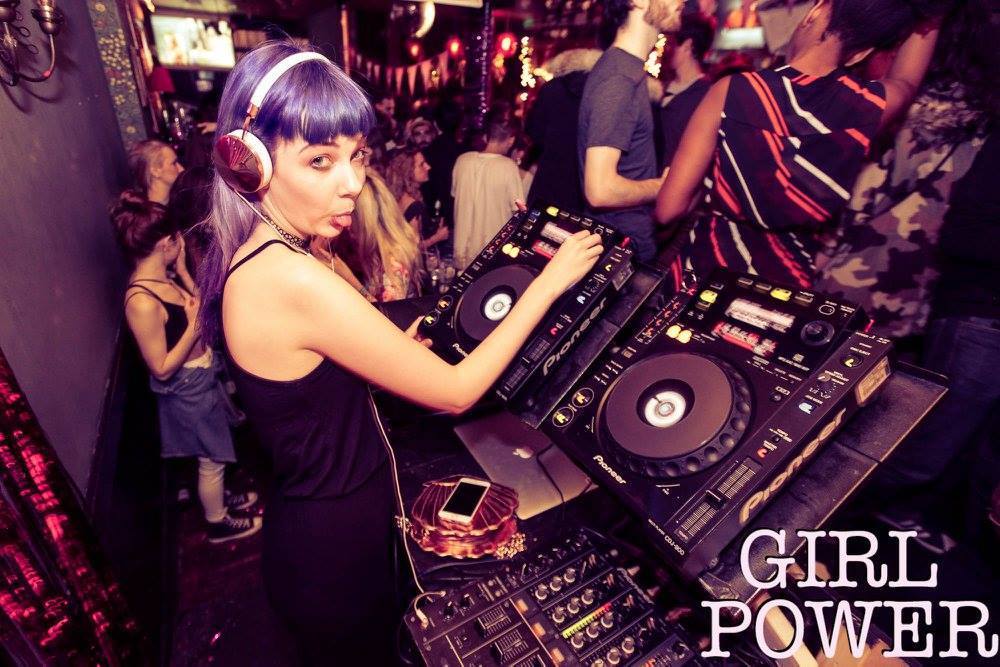 London and Brighton are blazing trails for women-led music, with brand new bands and gig nights appearing faster than we can write about them. These DIY punkistas and riot grrrls of the ‘teens are providing a much-needed boost to the live music scene If, say, Kathleen Hanna flew in to Gatwick tomorrow, grabbed you by the collar and asked “What’s going on here then? Where do I need go? What do I need to see?”, here are some top tips that will be sure to hit the right spot.

Blue Monday
Where The Boogaloo, 312 Archway Road, N6 5AT

When Second Monday of each month

This well-established  and popular acoustic night for LBQT women performers has been going for six years, run by musicians MIRI (@miriofficialuk) and Rosered (@lydiathepixie). Everyone is welcome, and the night is straight-friendly. Past performers include Nia Wyn, Minnie Birch, Xylaroo and Dana Immanuel and the Stolen Band. Watch out for their ‘Girls to the Front’ night at the Green Note on 16 October.

When 2 or 3 events per year 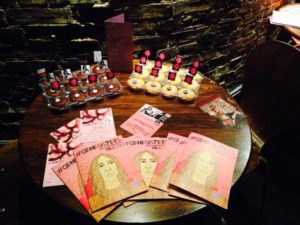 Clit Rock has been going since 2011, with the twin aims of addressing the gender imbalance in the live music scene, and raising awareness and fund for the anti-FGM campaign. Past acts include Deux Furieuses, Blindness, Madame So and Feral Five. Clit Rock 9 returns this Autumn, and there are plans to curate a Clit Rock stage at a major festival next Summer.

When 3 mini-festivals a year

New to Brighton, Fallopian Tunes has been running for six years in Dublin. Past events featured Punkture Sluts, Ophelia MC and My Bad Sister.

When First Friday of every month

The event was launched by French musician Cess (of the band Greenness) in March 2016 for International Women’s day as ‘FemFest’, which then became a monthly event. The aim is “Showcasing and promoting female musicians in a fun and inclusive atmosphere”. Past performers include Brighton locals Yazmyn Hendrix, Laura and the Bass, Dirty Scavenger and Chuck SJ Hay, but word is spreading up the M23 and London-based acts are starting to play too.

This feminist art night has been running since September 2015 at the Genesis cinema, each time screening a feminist music film, hosting all-female or female-fronted bands, and also including feminist zine or merch stalls. Past performers have included Dream Wife, Fightmilk, Fresh, and Majorettes. On Thursday 30th June, they’re screening Pussy Riot: A Punk Prayer, the tale of the feminist anti-establishment punk band in Russia, with a special introduction from the documentary’s co-director, Mike Lerner. The fourth #genesisters night is on Saturday 20th August with The Wimmins’ Institute, and further ahead they’re also planning a whole weekend festival of films, bands, zines and workshops from 21st to 23rd October.

When Last Saturday of every month 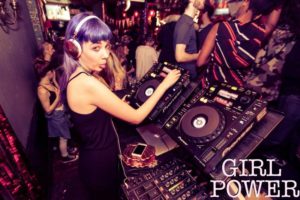 The night has been going just since April. Organiser Jenny Cotter says, “We are not aiming to be exclusive or anti-guy. We just want the girls to be running the fun and the music, and to create a space for the feminine and girly to be celebrated by everyone.”

When Multiple dates at multiple venues 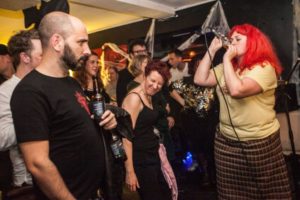 LOUD WOMEN gigs were launched in October 2015 by Cassie Fox of The Wimmins’ Institute, as a not-for-profit DIY collective dedicated to putting talented women on stages who might otherwise have struggled to get heard, and having plenty of fun while they’re at it. In that time, they’ve showcased 42 women-led acts via 17 shows, and raised nearly £1,000 for Women’s Aid. Shows are mostly in London, but not exclusively so: recent dates included cracker events at Newport and Brighton. In February, the LOUD WOMEN eZine was launched to over 1,000 subscribers, featuring news, interviews, videos and music reviews. All-ages matinee gigs are also proving a popular with parents. A festival featuring 25 acts is planned for September: the line-up so far includes Vodun, Desperate Journalist, Dream Nails, Louise Distras and Grace Petrie.

Bob Oram wrote in The Morning Star that “Loud Women will undoubtedly be the beacon for all the best new female talent in 2016”.

Where DIY Space for London 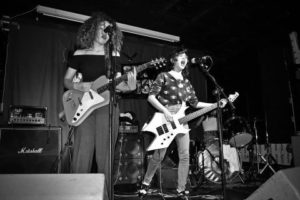 Run by Karis, this DIY night has only put on a few shows so far, but with line-ups including riot grrrl royalty such as Shopping, The Ethical Debating Society and Skinny Girl Diet, they are sure to be ones to watch for the future. RPD gigs are benefit shows, which have raised money some amazing causes and groups, including Focus E15 Mothers, the Women’s Project at Lewisham Refugee and Migrant Network, Solace Women’s Aid, the Good Night Out campaign and DIY Space for London.

A new event showcasing female and LGBTQ+ musicians and spoken word artists. All genders and sexualities welcome. Performers have included Daniel Versus the World, River Harper and Baby Arms (the solo project of Jennifer Doveton from Colour Me Wednesday). The next show is 29th July with Cath Elms.

Who Run the World

Where Apples and Pears Bar, 26 Osborn Street, E1 6TD and 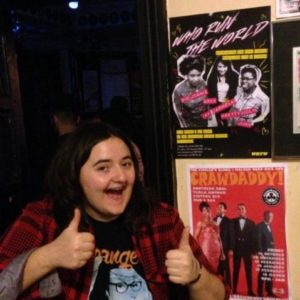 Musician Beth White launched Who Run the World (WRTW) in August 2015, and since then she’s hosted around 25 gigs, with 10 in the pipeline at the time of writing. She’s a woman on a mission: “To help improve visibility of women in music in London’s grass roots scene”. Past gigs have seen the likes of ARXX, Berries, Salwa Azar and Nova Twins. As well as the regular LGBTQ night at Muse, and acoustic night at Apples and Pears, WRTW will be helping bands with their Summer tours, and teaming up with LOUD WOMEN for a sisterly contribution to the We Shall Overcome events in October.

1 thought on “Girls to the front: The Best Women-Led Music Nights In London & South East”