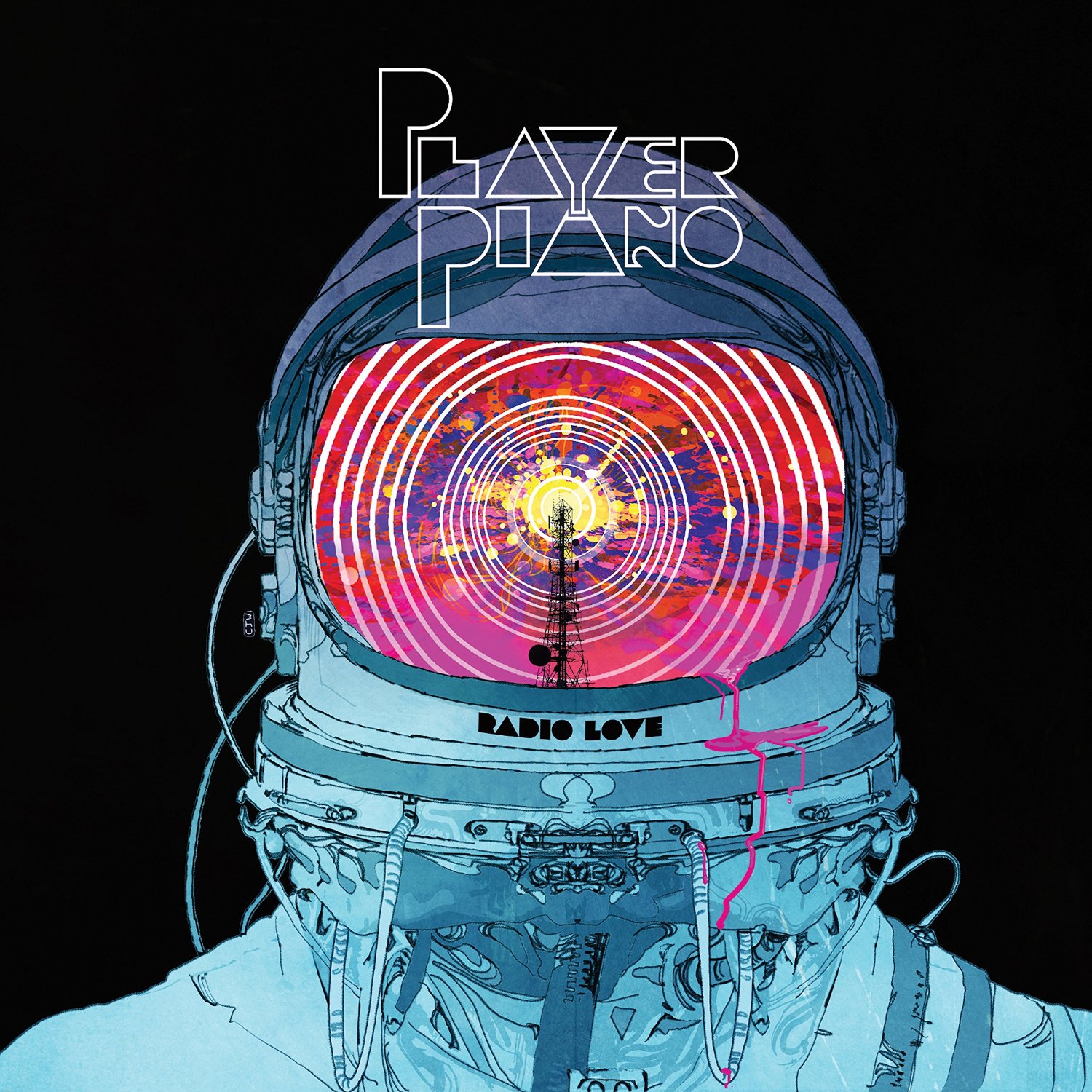 Jeremy Radway, AKA multi-instrumentalist Player Piano, grew up in a jazz-heavy house, his father being a saxophone player who hung a framed poster of John Coltrane in the family living room. His outrageously colourful debut, Radio Love, shows that Radway has soaked up a myriad of influences across a range of musical genres, and taken aspects of each to create a confident and commercial record.

Taking the name Player Piano from a 1952 Kurt Vonnegut novel, (a fellow Indiana resident), Radway studied at the prestigious Berklee School Of Music (in Boston) and plays the vast majority of instruments on the album himself, though he does bring in other musicians too (mainly for strings and drums).

Radio Love was preceded by the single ‘Kings and Queens’, which acts as pretty much a mission statement for the album, a funky tune with a Prince-like verse, all elastic bass and choppy guitar with some delicious 80s synth stabs hovering around in the background, while the chorus sounds not remotely like the sadly missed purple one, more like Rufus Wainwright, in fact. And therein lies the pull of the album – Radway seems not at all concerned with perceived coolness or indeed any attempt to fit in, he just relies on instinct and it serves him well over the course of the record.

The gentle 55-second instrumental opener ‘Amongst The Ruins Of Eternity It Lies’ gives absolutely no clue to what is coming next, and it almost seems that it was placed there to throw the listener off the scent, it sounds like something from the desert scene in The Doors film; the wonderful ‘Und3rgr0und’ follows hot on its heels and sits somewhere between Ben Folds and Squeeze. Anyone hearing it for the first time would do well to guess the year it was recorded within a 20 year tolerance.

Tucked away modestly at track nine, ‘Sleeping Silver Horses’ meanwhile is the album highlight – a relatively low-fi verse gives way to a glorious synth-washed chorus, Radway’s understated vocals at the start of the song replaced by a soaring, soulful crescendo in the refrain.

The production on the record, (also by Radway, who was not content with merely chipping in with vocals, guitar, bass, Wurlitzer, saxophone and vacuum synth amongst many others), should also be mentioned; in these days of compression and the battle for volume, Radio Love benefits from a really natural sound. Ironically, given the amount of instruments played by Radway, it comes across uncluttered and wholesome, nothing is there for show.

‘Going Home’ is yet another high point, building slowly from gentle acoustic and piano to a mighty finale, while closer ‘Suite Pour Les Enfants De L’Est’ is another curveball – a beautiful string arrangement  over the top of a recording of the distant chatter of Walthamstow Market, of all things – a fitting end to a varied and yet very coherent debut. This one could be huge.